We didn't get any suggestions in BIrmingham. Or anywhere in Alabama for that matter. Why y'all gotta hate on Alabama? Sure, she may not be the prettiest or smartest girl at the prom, but Alabamans are proud of their state (see "Sweet Home Alabama"), it's chock-full o' history (not the happiest of events, but Alabama was central in the Civil Rights Movement), and it's full of beautiful hills and forests. We went regardless, partially because we are determined to visit every state in the country (save Hawaii and maybe Alaska) and partially because we needed to sequester ourselves in a state park for four days to get some work done.

After three days of fresh mountain air and staring at our computer screens at Oak Mountain State Park, it was time for a break and a visit to Birmingham proper. We made a quick stop to say hello to a friend of John's, who generously bestowed upon us two growlers of local beer (thanks Hagen!) which we later discovered were super delicious. Looking to see what was free and interesting to see in Birmingham, we came across Sloss Furnaces, a supposedly haunted iron blast-furnace that was preserved for public use after being shut down in the 1970s and is now a National Historic Landmark. The opportunity to explore a giant abandoned industrial complexes that you don't have to sneak into was like a gold mine for a photographer and someone who loves old buildings, not to mention we knew we'd have a deluge of "likes" on our subsequent Instagram posts. 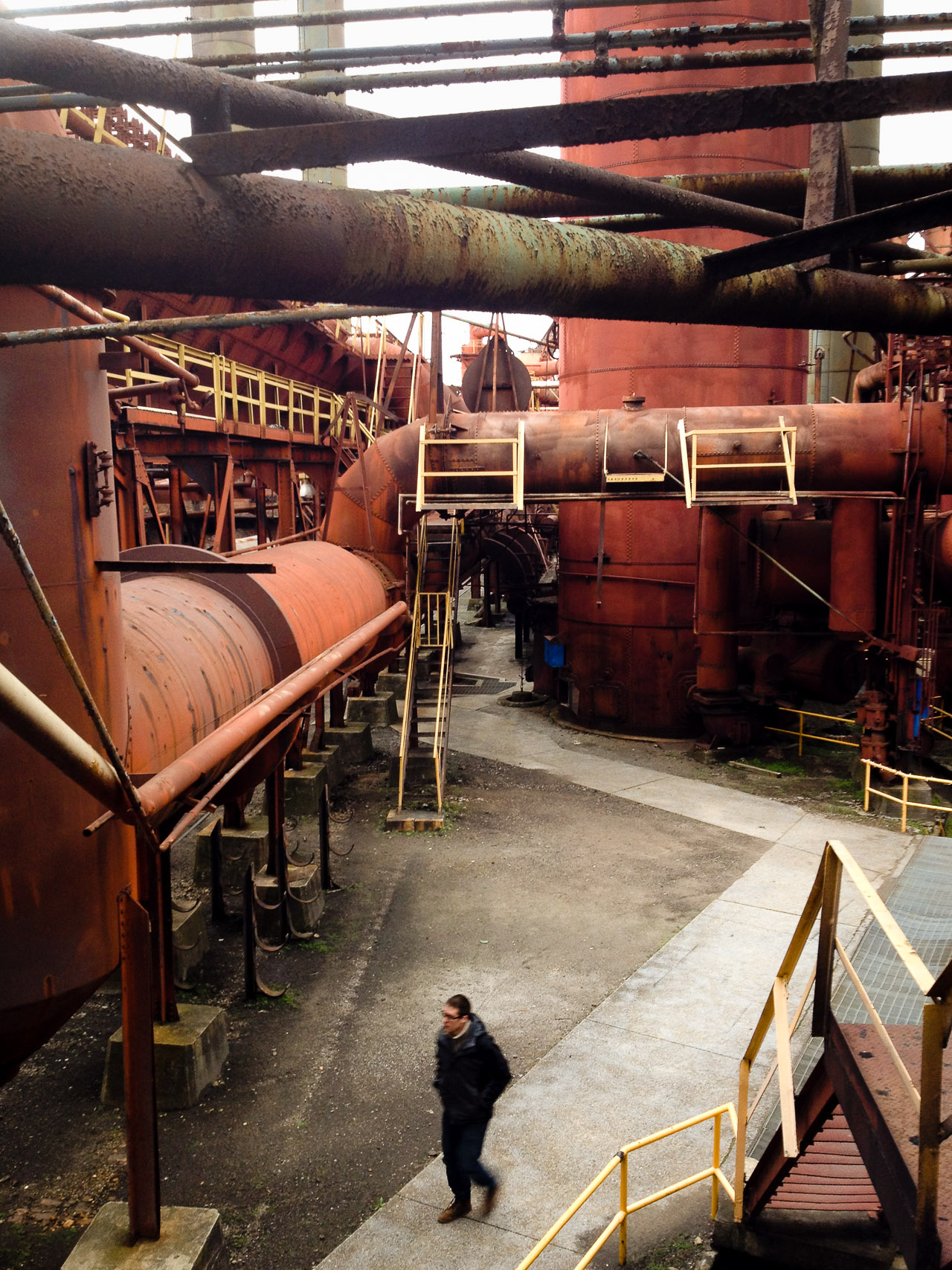 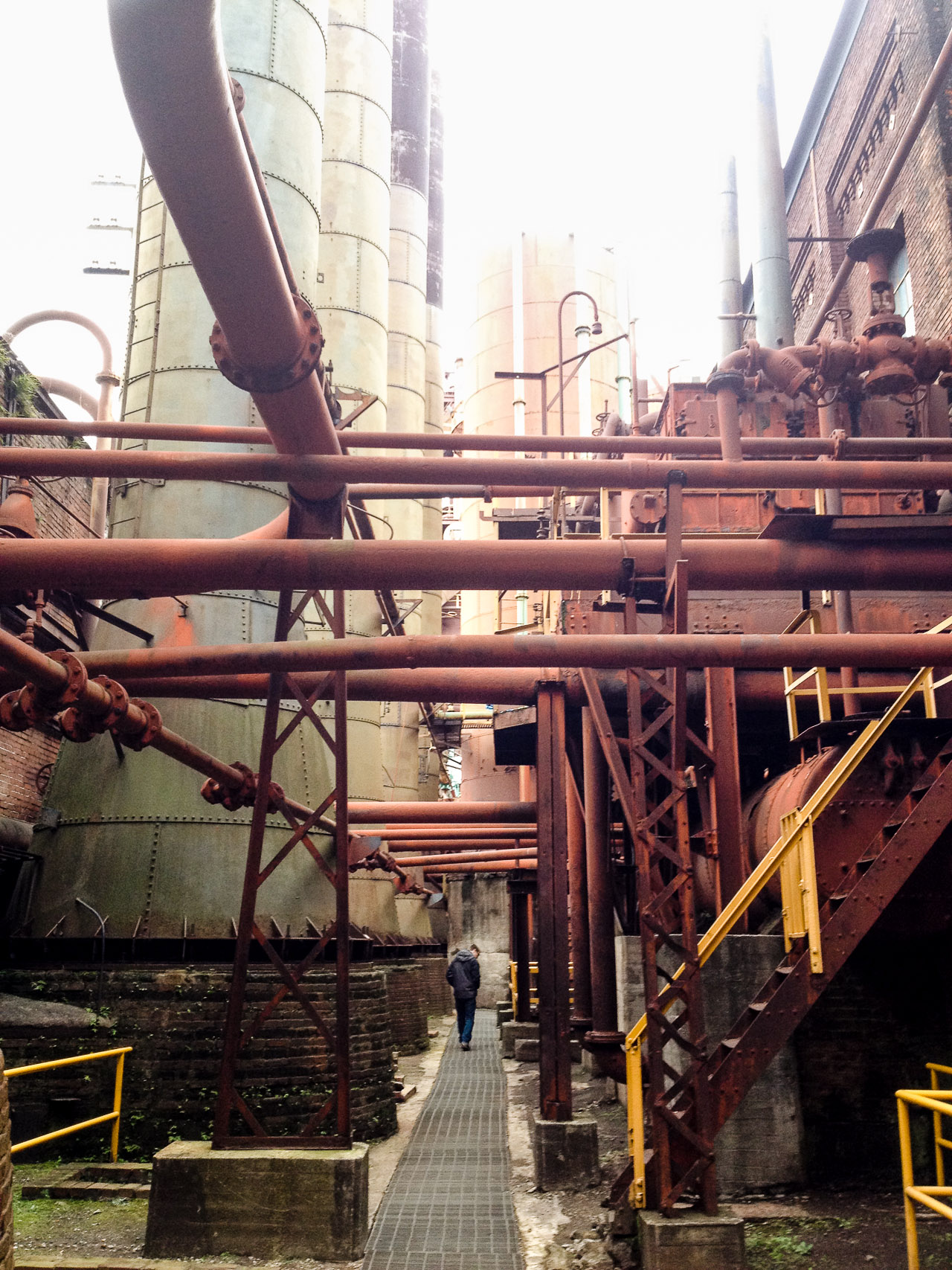 We arrive half an hour before they were closing, so we opted for the express self-guided tour. We approached the deep red rusting cluster of monoliths; there were huge smoke-stacks in threes, massive boilers, furnaces, and empty brick buildings. Vines and grasses were growing up and around the defunct structures and there were few barriers, allowing us to explore where we pleased. There was no one else around, which only added to the haunted, ghost-y vibe. It felt as though we had walked onto the set of a horror film, our senses heightened and frightened, like something was going to jump out and scare the shit out of us any second. Luckily nothing did, so we continued winding our way through the complex, stopping every few steps to take a really artsy photo destined for our Instagram feed. Unfortunately, the stern-looking sign posted at the entrance warned of closing the gates right at 4pm. We had no desire or intention of being stuck overnight in a haunted blast furnace, so we quickly made our way out just in time. 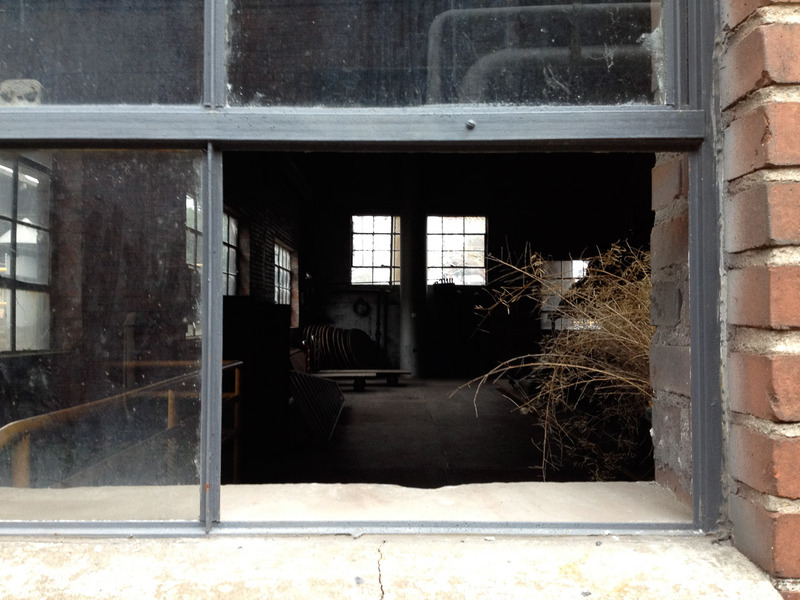 In need of another dose of culture (preferably indoors because Birmingham in February is surprisingly frigid), we drove a short distance to the Birmingham Museum of Art. The BMA is on the smaller side but has an impressive variety of art from around the world. They have over 24,000 pieces, including a comprehensive Asian art wing, the Kress Collection of Renaissance and Baroque paintings and sculptures, and a wing with pieces from a handful of contemporary Alabaman artists. The collection is varied enough that you don't get overloaded with one genre of art, but small enough that you can see everything in a few hours without getting museum fatigue. Plus it's free (there's a "suggested donation").

Despite pre-conceived notions of Alabama and lack of suggestions from the map, our stay in Birmingham was surprisingly cultured. The rolling hills were scenic, the abandoned furnace was historic and spooky, and the museum was worldly and reflective. Birmingham may not have the fast-paced, constant activity of other major cities, but there's value in their slower pace, their history and their Alabama pride.