After spending a few days in the majestic mountains of Ouray and Telluride, we were a little bit reluctant to move on. We had fallen hard for southwestern Colorado. John wasn't exactly looking forward to traversing the multiple mountain passes on the road towards Durango. But we had to say "see ya later" to our picturesque mountain range and drove south. 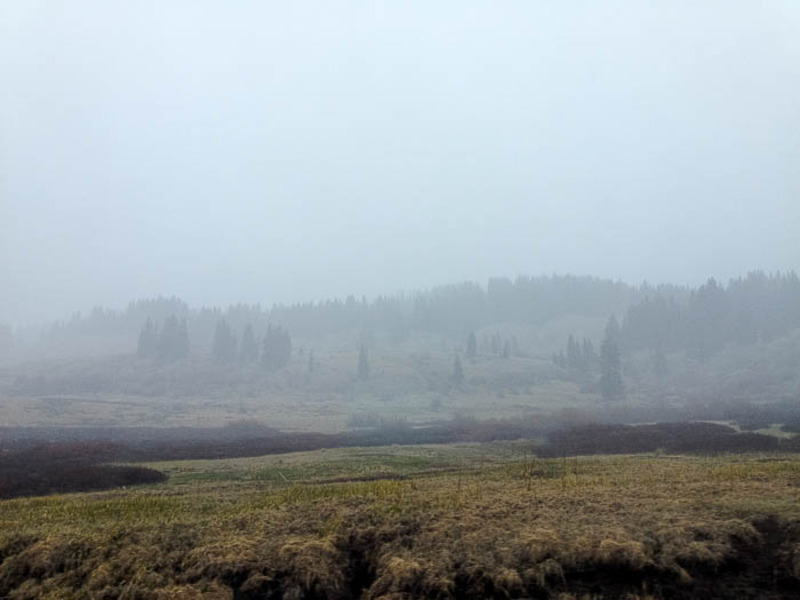 Fog high up in the San Juan Mountains

After twisting and turning along mountain roads for nearly an hour, we hit a thick patch of fog. Which turned into heavy rain. Which, as we climbed higher into the mountains, turned into snow. It would have been charming if we could see more than 10 feet ahead and weren't towing our 34-foot house up a steep, slippery mountain. As we descended, the bad weather thinned and we finally saw the sun shining through the dark, menacing rain clouds. 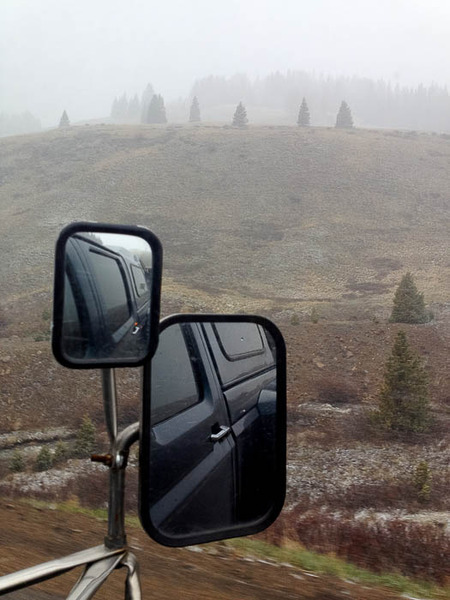 A few days before, we had been in communication with The Watsons, a couple of fellow full-time Airstreamers who we had been following on Instagram. They had been posting some pictures of the meadow they had been boondocking in for the past few weeks, which happened to be outside of Durango. We made plans to meet up with them and share their meadow for the night. 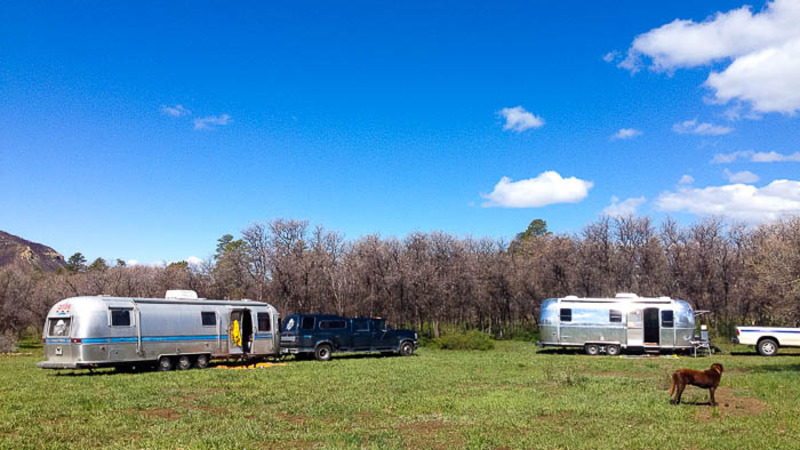 It's funny and awesome to me that we meet people through the internet. To an outsider it might seem sketchy or weird, but we've found that there's a really great community of younger couples and families who live and work on the road and are very social-media/blog savvy. We keep (non-stalky) tabs on each other, and if we're close by or headed in the same direction, we'll get in touch and meet up. Why? Well, when you're on the road and spend every day with the same person, sometimes you want to socialize with someone else, outside of the cashier at the grocery store. Everyone has been good people so far; like-minded, interested in traveling, they enjoy living an alternative lifestyle and are happy to meet new people. They're our Airstream friends.

Once we set up camp in the meadow, we mixed up some bourbon-lemonades and headed over to Tim and Amanda's shiny, 25 foot Airstream for happy hour. We traded travel stories and bonded over life on the road. Originally from Vermont, Tim and Amanda (and their chocolate lab Phineas) have been on the road for over a year and don't plan on settling down anytime soon. Tim is a web developer and Amanda maintains their excellent blog and cooks up some pretty tasty meals (sound familiar?). They were very well set up for boondocking with solar panels, a generator, 12 volt chargers, a solar shower and extra water containers; they had been in the meadow for a week and a half! The longest we've lasted without hookups is two nights.

Our unpreparedness meant we had to leave the next morning; we had to get some work done and unfortunately couldn't do much without power. We drove just up the road and ended up at a beautiful hillside campground where we were parked right next to a lovely meadow. After spending a few days buried in our computers, we planned to meet up with the Watsons again at The Durango Brewery in downtown Durango. 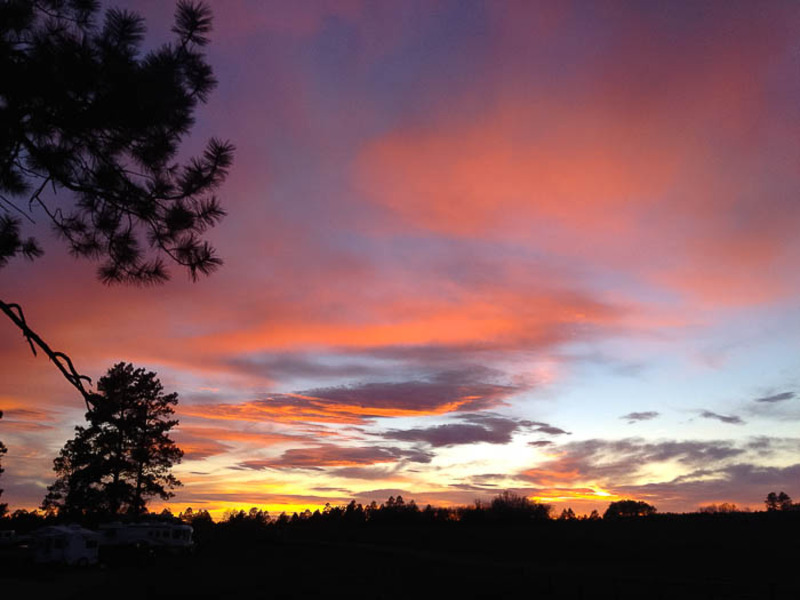 Neon sunset from our campsite

The third oldest microbrewery in Colorado, The Durango Brewing Company has been making tasty beers since 1990, but their roots date back to 1886. Their Tap Room was lively and bustling with a bluegrass band strumming away in a corner. Tim and Amanda met us and we got to know each other a little better over fresh brews and hefty burgers. It was a rare treat to make friends with people who were living the same super niche lifestyle that we had chosen to live. After a few more beers that paired nicely with good conversation, we parted ways, certain that we'd run into each other somewhere down the road.