February 2, 2013 by Laura Preston for The Front Page

Ernest Hemingway once wrote to a friend saying that "Key West is the St. Tropez of the poor". I'm not quite sure if that's an insult or a compliment, or even valid considering it came from Hemingway over 70 years ago. On one hand, Key West is beautiful and tropical in a very quirky way. The houses are all very old and very grand and of the Victorian persuasion. They have large lazy porches, their paint has been bleached by the sun and they seem like a place where all you can do in them is relax. There are palm trees everywhere and behind ornate gates you find lovely wild gardens and vegetation growing as it pleases. There's enough history to the place that you feel as if you're somewhere that matters a bit. It's small enough that you can walk from the north end of the island to the south in 40 minutes, where each end has ocean for as far as you can see. 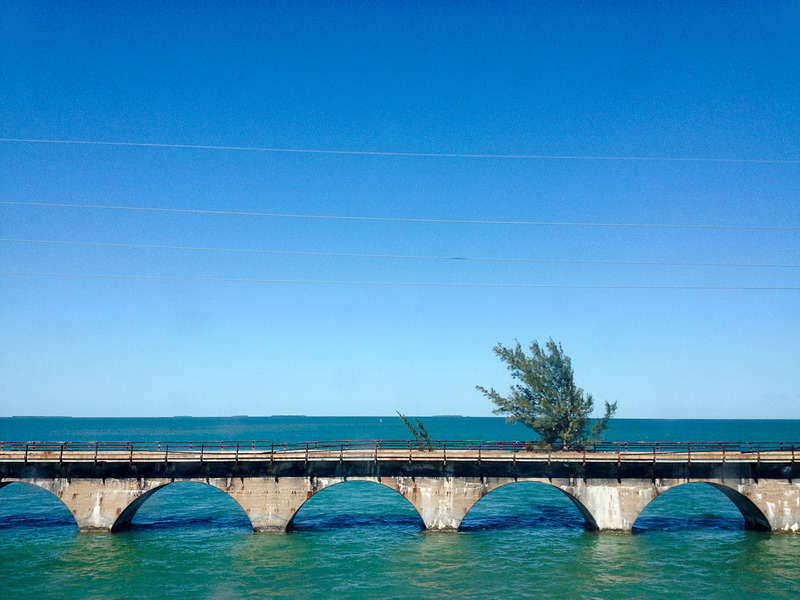 The old railroad line next to the Seven-Mile Bridge.

As for the quirky parts, there are roosters literally running around every corner you turn. We had heard that they run loose on the island, but it's one of those things you don't quite believe. Like, "Yeah, alright suuuure there's lots of lots of roosters…..", but it's true. As soon as we got out of the car, we heard the crowing. We looked at each other incredulously. Roosters! Sure enough, there was a rooster perched upon the railing of a Thai restaurant. We crept up slowly, drawing our cameras up to get our first shot of the infamous Key West fowl, but it spotted us and quickly hopped off. Over the course of the rest of our day, we saw them strutting through parking lots, congregating around the pedi-cabs and heard them crowing off in the distance.

And on the other hand, Key West is kinda gross. There's lots of tourists (mostly day tripping during their discount cruise) walking around Duval Street, which is cheekily deemed "the longest street in the world" since it technically stretches from the Atlantic Ocean to the Gulf of Mexico. Har har Key West, very clever. Duval Street is also full of souvenir shops, Jimmy Buffet's Margaritaville, and tiki bars where you can get 64 ounce frozen margaritas with a Sex on the Beach swirl and probably some herpes from putting your elbows on the bar. It's lots of dudes with handlebar moustaches wearing Daytona 500 teeshirts with the sleeves ripped off, smoking a Marlboro Red with his lady by his side; she's probably sporting a midriff-baring Harley tube top, cut off jean shorts, a tramp stamp and is chain smoking Virginia Slims. Key West is their dream vacation and they're gonna have a damn good time getting tipsy at the tourist-trap dive-y beach bars. 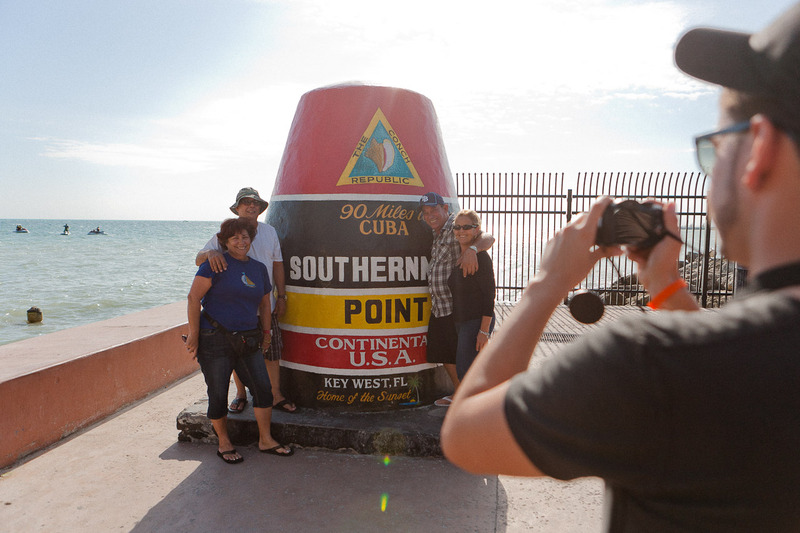 We got our first taste of Key West at Sloppy Joe's Bar at the corner of Duval Street and Greene Street. It's an institution on the island that opened in 1933 right after Prohibition was repealed; they say Hemingway was a regular in the mid 1930s. You can't miss it, "SLOPPY JOE'S BAR" is painted in big black letters on the side of the building. We walked in and were told to seat ourselves. The place was packed with sunburnt tourists with giant "Sloppy 'Ritas" in hand, listening to the guy on stage in back playing Jimmy Buffett covers. We wandered out among the tables looking for an empty one, overwhelmed by all the people, the memorabilia on the wall, the guitar twang, the cigarette smoke. We spotted one next to the stage and claimed it. We had to get their namesake dish, which turned out to be one of the most delicious sloppy joe's I'd ever had. That's not saying much considering the last time I ate one was in an elementary school cafeteria, but it was flavorful, rich, well-spiced and I couldn't help but shovel every last sloppy fork-full into my mouth. After wolfing down our sloppies, we quickly paid our bill and left. 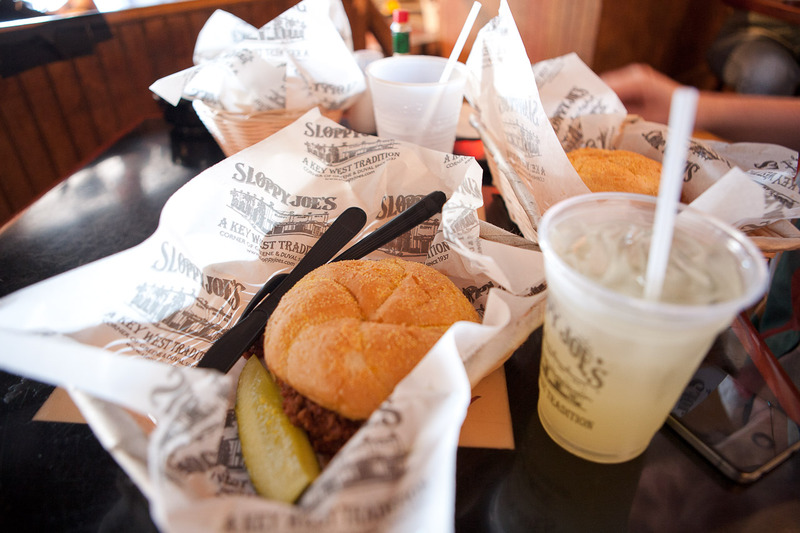 We were also told to get a slice of key lime pie from the Key West Key Lime Pie Company, which was conveniently located just a block down from Sloppy Joe's on Greene Street. The shop was completely empty, very brightly painted, with signs all over boasting their victory over Bobby Flay in the Key Lime Pie Throwdown. We asked for the classic key lime pie and received a small wedge of pie in a plastic container with two plastic spoons. For being known as the best key lime pie in the world, I was expecting a china plate, silver spoons, a pie made and cut just for me and probably some fireworks. But after the first bite, I was sold. It was perfectly tart and sweet with a texture more like custard and an intensely lime-y flavor. Key lime pie in Key West: check. 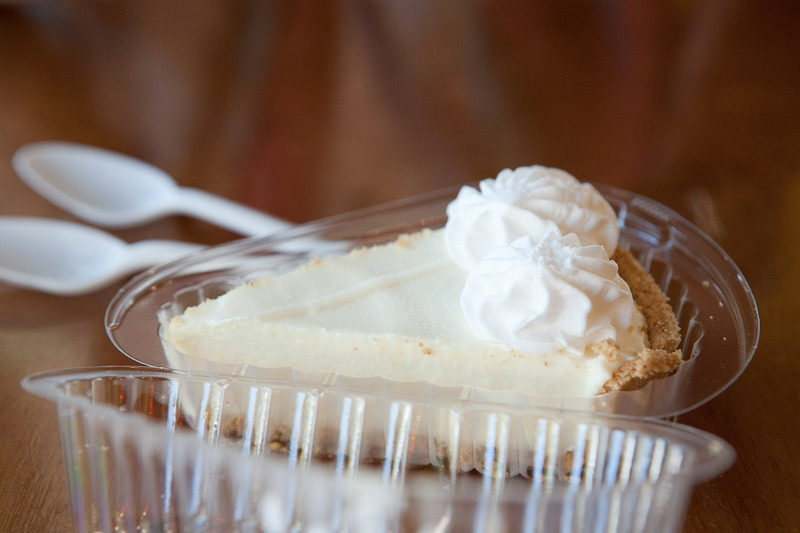 After stuffing ourselves, we decided to walk off our food babies and head towards some of the "must-see" spots of Key West. We took a side street off Duval Street and sighed a breath of relief. It was lined with three-story, wood-paneled, multi-porched tropical mansions mostly hidden by huge palm trees and massive banyan trees. We wandered through the backstreets with our jaws dropped, exclaiming "Let's get that one!" and "Oh my god, look at all those porches!". This was the Key West we were hoping for. We read plaques on historical sites, walked past the Hemingway House and giggled at our fair share of roosters crossing the street. We waited in line for 15 minutes to get our picture taken in front of the southernmost point in the United States. We walked over to the only beach we came across to dip our toes in the surprisingly chilly water. We followed our map to the Key West Cemetery in search of a tombstone that says "I told you I was sick". We meandered through the quiet backstreets as the afternoon began to turn into evening, still marveling at the architecture and soaking in the tropical relaxed weirdness of Key West. We drove back over the chain of Keys towards the mainland as the sun was going down behind us, tired, overwhelmed and excited that we finally made the first stop of our year-long trip. 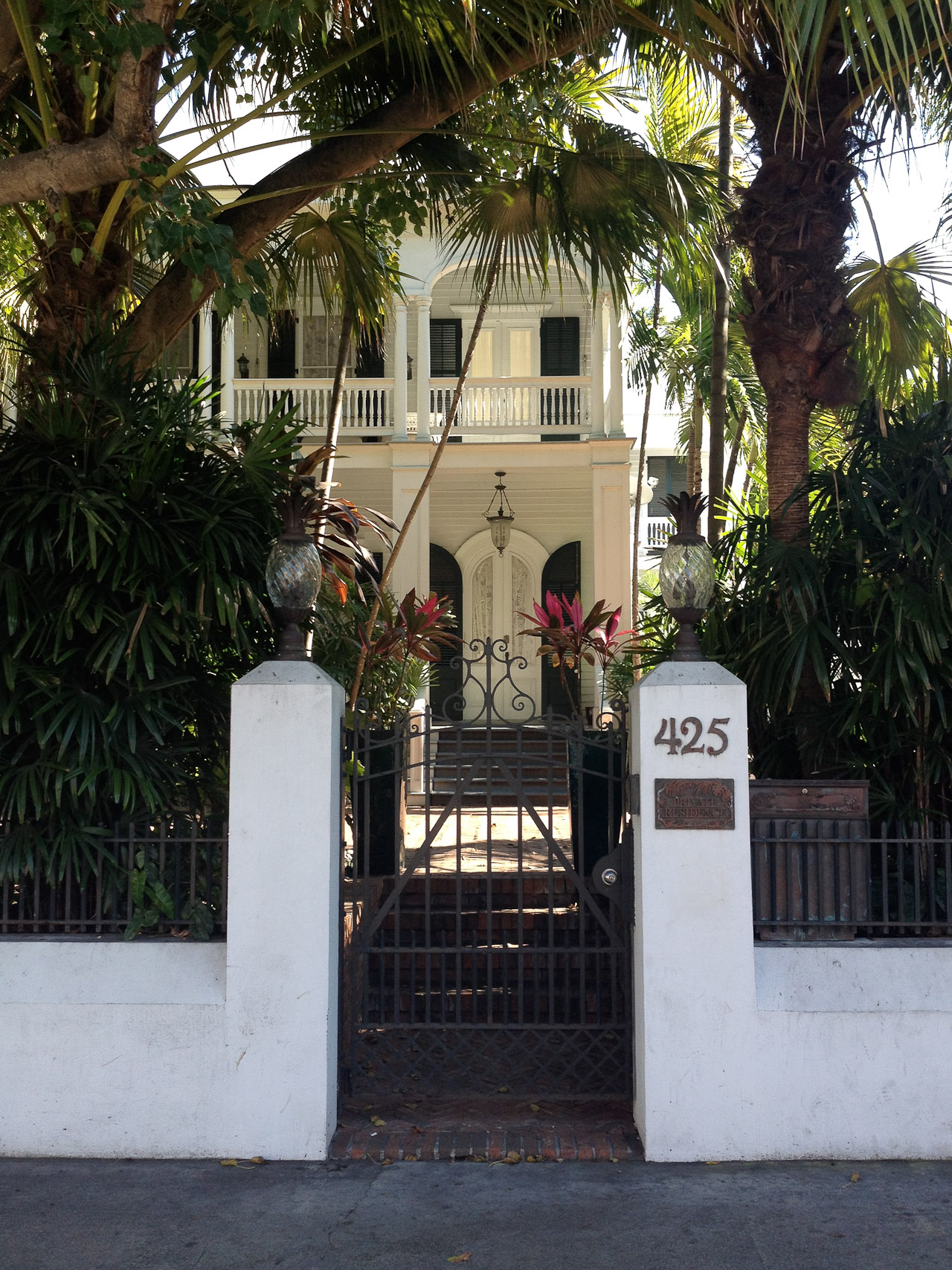 Hemingway was spot on about the St. Tropez of the poor; Key West is a beautiful, lush island in the middle of the ocean and it's possible to have a lovely relaxing stay there, but it certainly attracts its fair share of characters and Jimmy Buffett fans. Worth seeing for yourself whether you want to have a cheeseburger in paradise or a sloppy joe in Hemingway's old haunt.

Special thanks to Joseph S. (who suggested hemingway house, southernmost point in the US, key lime pie), Patsy N. (who suggested See the tombstone that says "I told you I was sick" .), and karenarms (who suggested Fish, Key Lime Pie) for making this blog post possible!