Klamath started out on the right foot. Sort of. When I called to make reservations at Klamath River RV Park, they exclaimed that we would be arriving just in time for their weekly salmon barbecue. Okay, awesome, yes please. Sign us up. 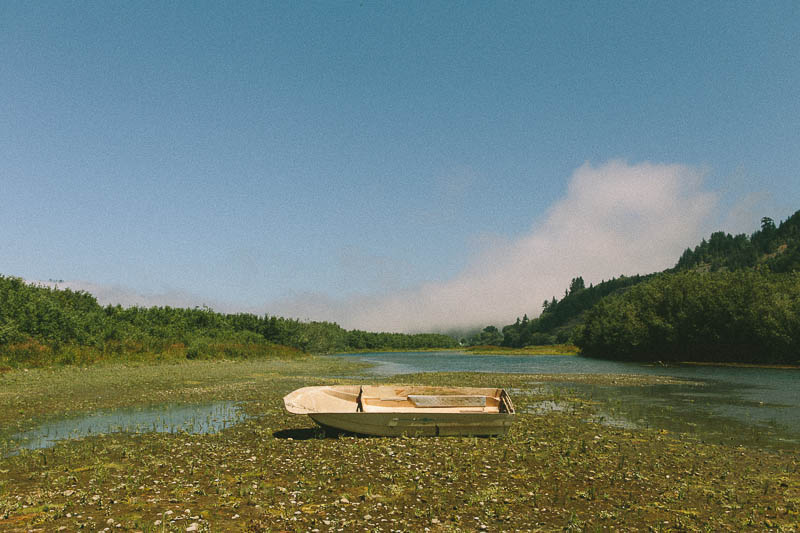 But our excitement was soured as we passed through Eureka, CA. A guy in a pick-up truck drove past us with his middle finger out the window. Directed at us. As we both pulled up to a stoplight, John asked "What's the problem?". His response: "Fucking democrats." Seriously? Really? I thought you were above that, California. Shocked and a little offended, we continued to Klamath. Once we parked and set up, we noticed that there was a huge wad of chewing tobacco stuck to the side of poor Loretta.

THIS GUY HAD SPIT HIS DIP ONTO OUR AIRSTREAM! 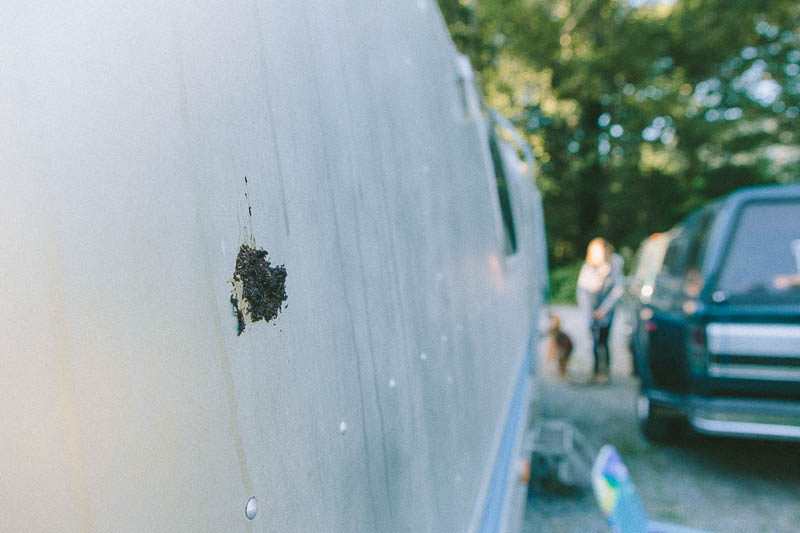 The nerve of some people, man.

Seriously irked, we made ourselves some cocktails and headed over to the patio area, where wild salmon that had been caught in the nearby Klamath River by the local Indian tribe was being barbecued and served alongside salad and grilled veggies from the campground's garden and rice pilaf. The salmon was bright pink and fantastically fresh. Everything was amazing. And all-you-can-eat. 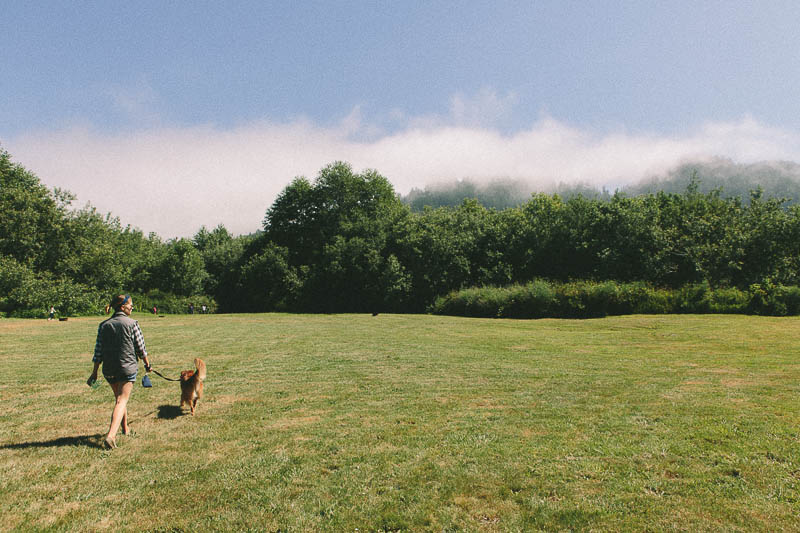 The next morning, we woke up early to explore the campground. This place was huge; they have a full vegetable garden, a chicken coop, a huge field with volleyball nets, a forest where we picked wild blackberries and it's all along the Klamath River. We returned to the trailer with a bowl full of blackberries and an armful of wild flowers. 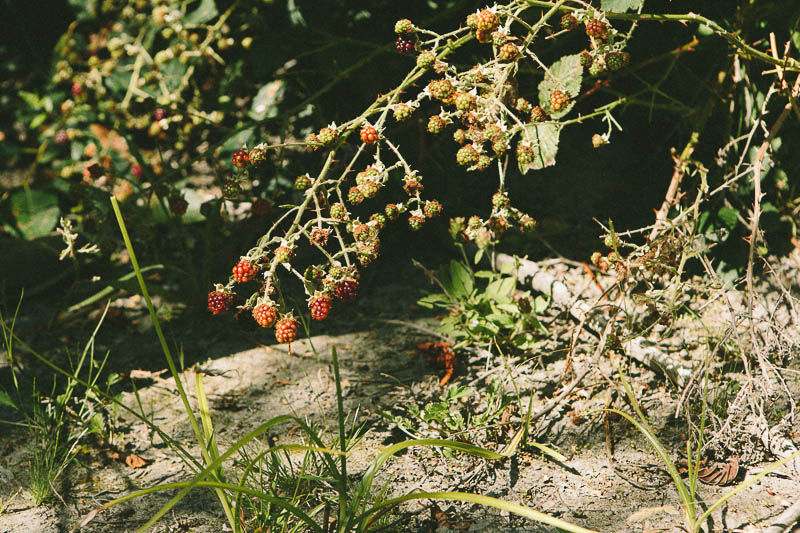 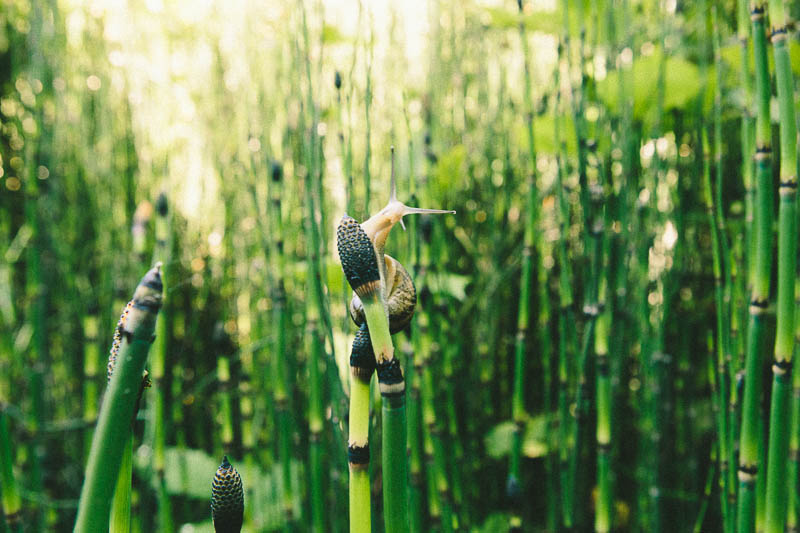 We happened to be right on the edge of Prairie Redwoods State Park, so we followed a narrow dirt road up to the top of the coastal bluffs until we came to a handful of incredible scenic overlooks with beautiful views of the dramatic Northern California coast. 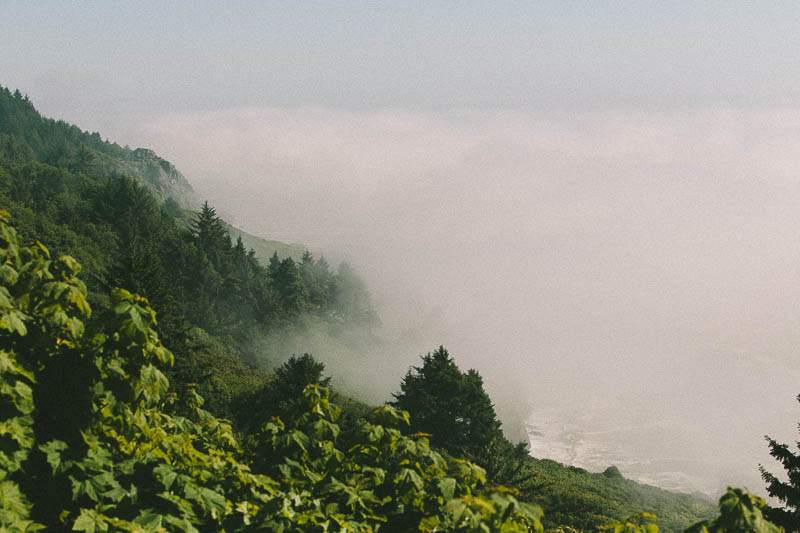 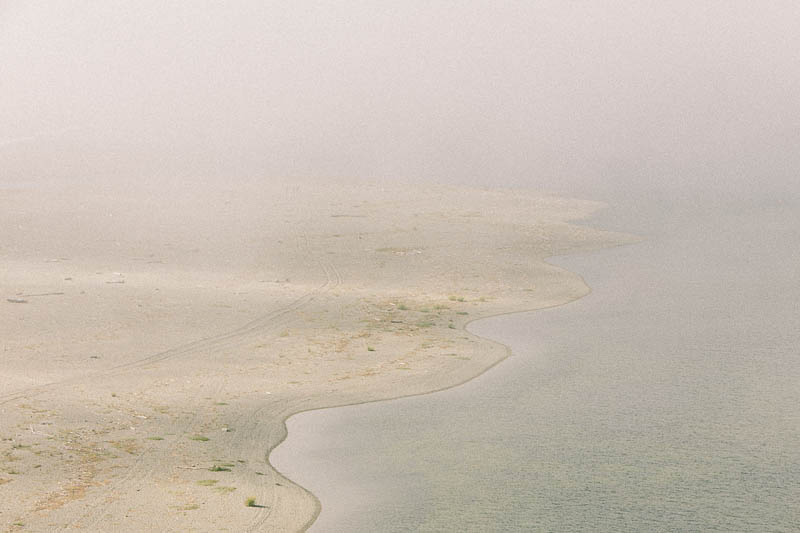 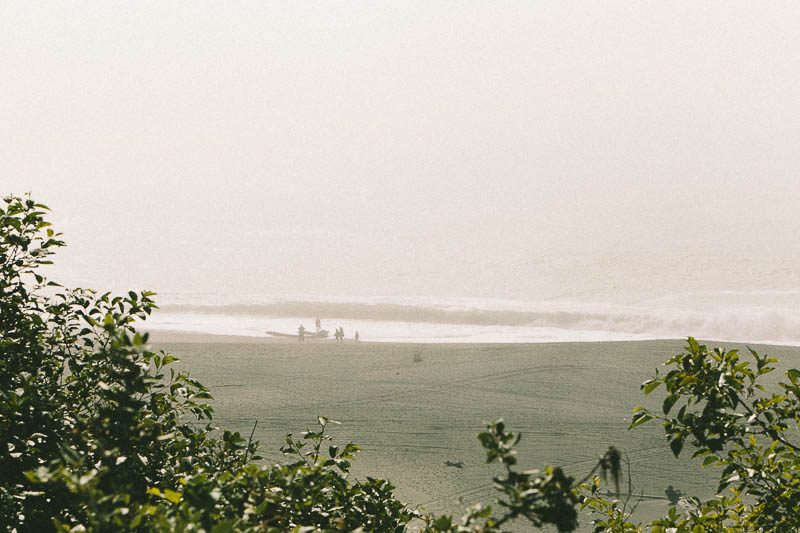 There was an eerily thick fog that sank onto the coastline; we were just above it and could see it rolling through the Klamath River Valley to our right. Every now and then, we'd see the faint outline of a massive rock protruding from the Pacific and through the fog. It was unreal. 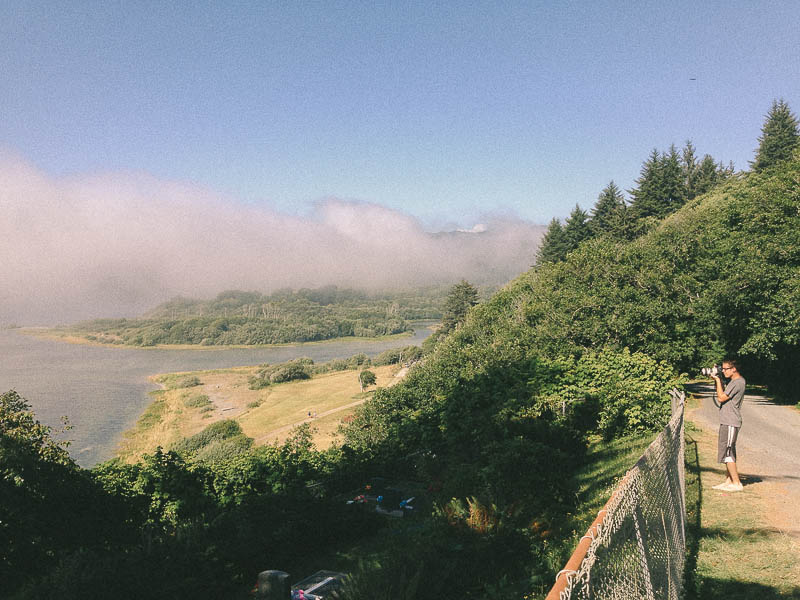 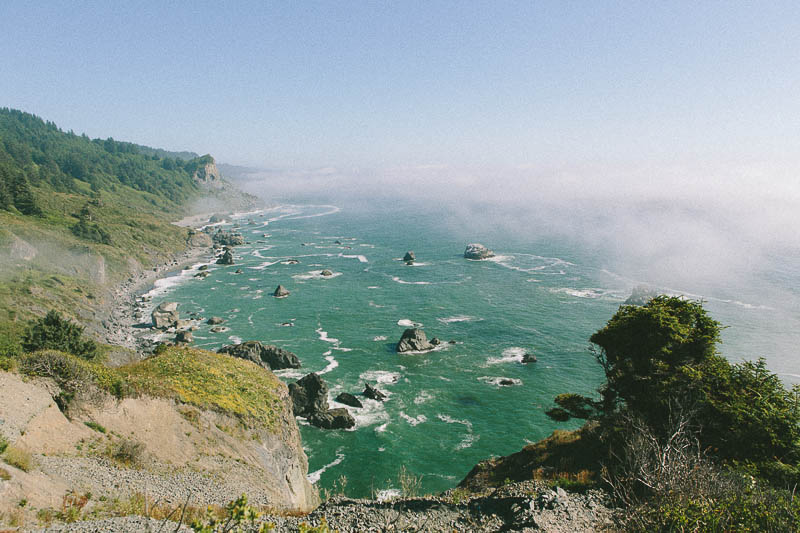 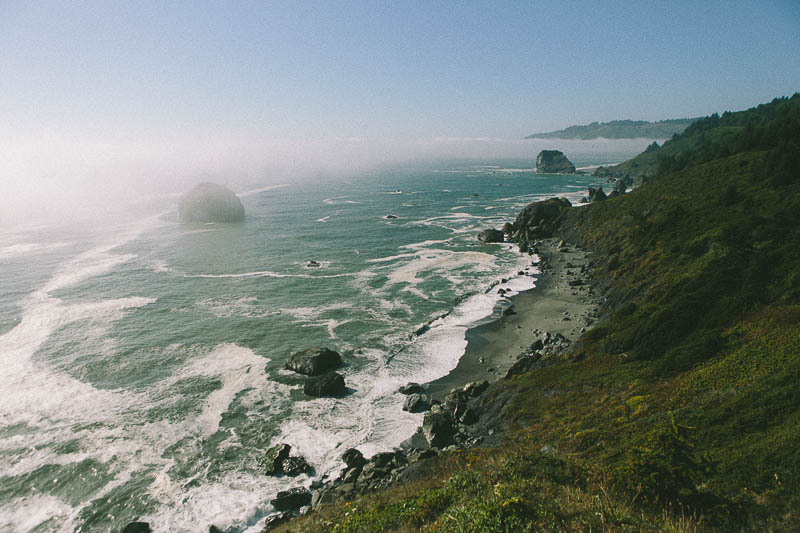 We had our fill of epic vistas looking out onto the rocky, foggy coast. Wait. Scratch that. I could never get tired of the Pacific coastline. I still miss the Best Coast (don't get mad East Coast, you know it's true). Luckily for us, we'd still have a whole two months to spend on the West Coast. 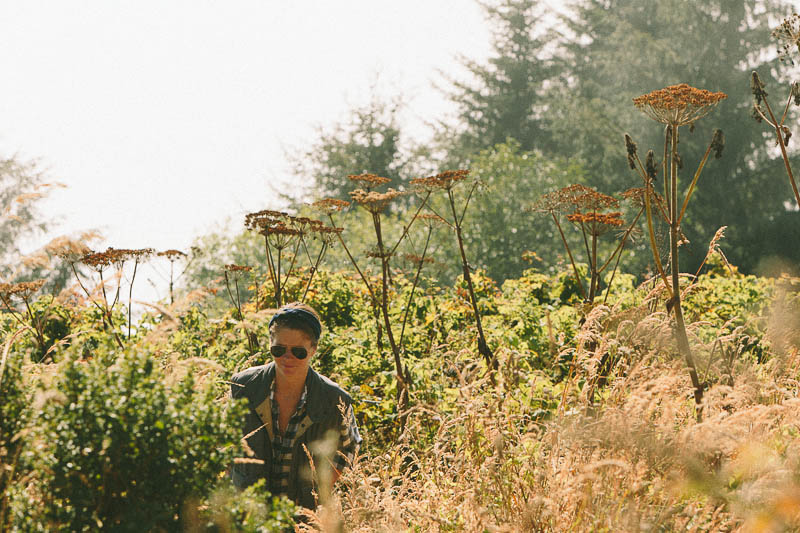 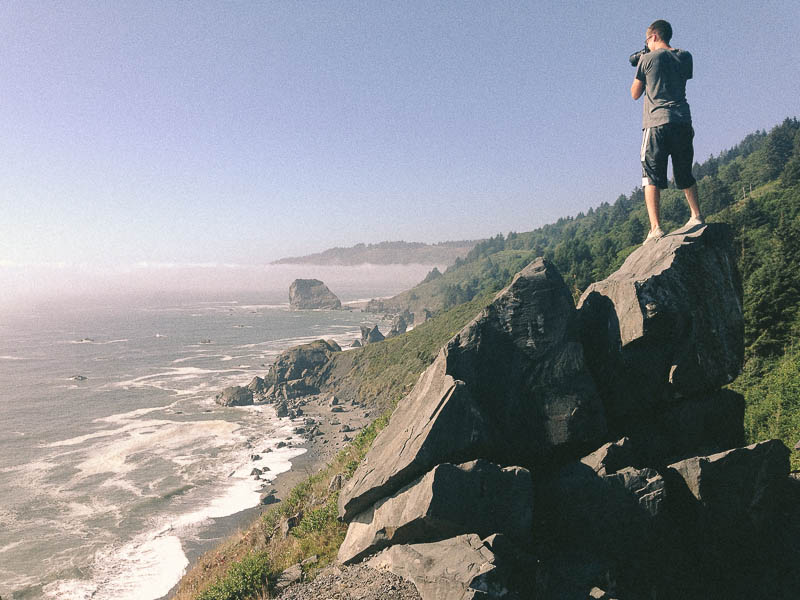 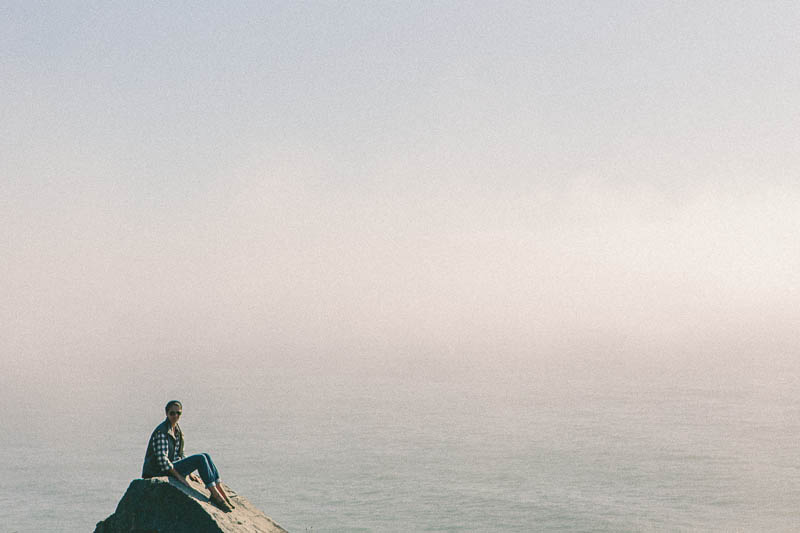