We've gotten into a habit of visiting local craft breweries in each town we visit. Partially because we like good beer, mostly because we tend to meet friendly and like-minded folks when we hang out long enough. A stroke of luck (and a well-placed sign) landed us at Saddlebock Brewery in Springdale, AR, where we found the best of both. 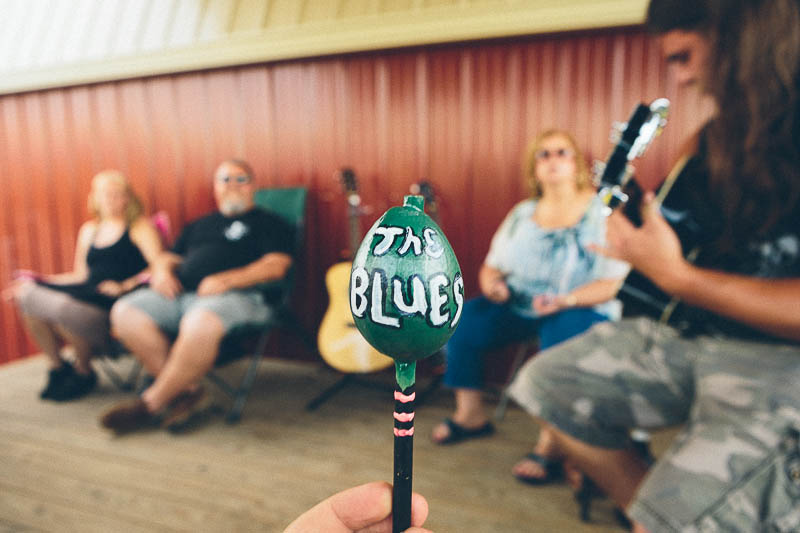 I discovered Saddlebock on my way to the grocery store. There was a sign on the main road: "Saddlebock Brewery - 3 miles <---". We headed there for a much-needed beer on Friday evening. The windy backroads that followed the White River led us to the brewery, housed in a red barn on a horse farm. 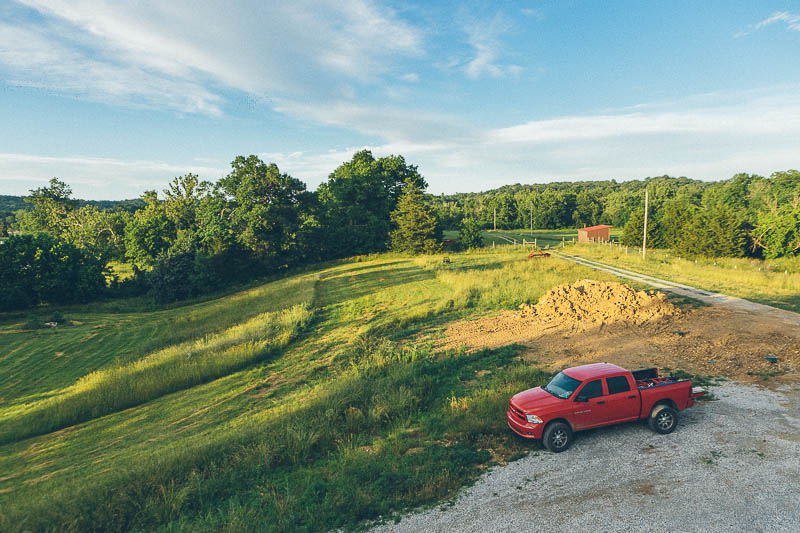 We walked into the small, 10-seat tap room and found ourselves to be the only non-regular, non-local folks in the joint. The ice was quickly broken - Shivaun, the friendly redheaded barkeep, gave us the lay of the land and samples of their wide variety of beers on tap. 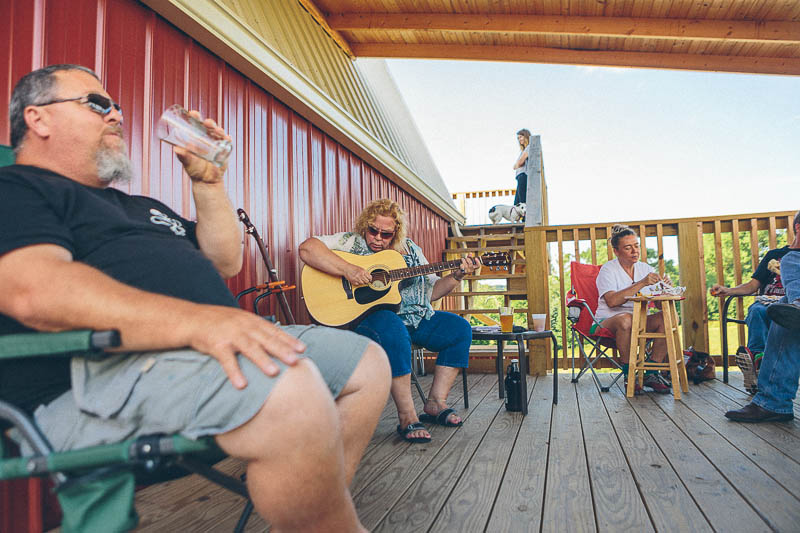 Over a fantastically strong IPA and an Irish red ale, we struck up conversation with the regulars and even the owner/head brewer, Steve Rehbock. He started Saddlebock almost two years ago after perfecting his home-brewed beers. Super-passionate about experimenting with different types of beers, Steve is equally interested in being as environmentally conscious as possible: they use minimal energy, locally sourced ingredients and are even growing their own hops. 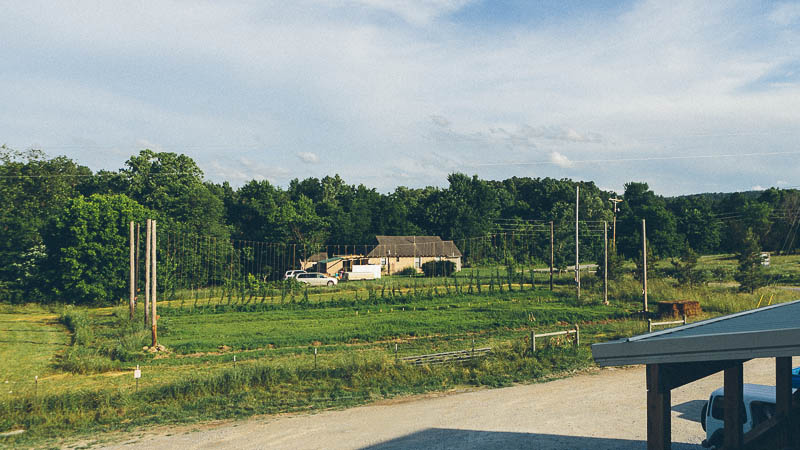 A couple of beers and a growler full of their IPA later, we headed home with promises to come back the following night. 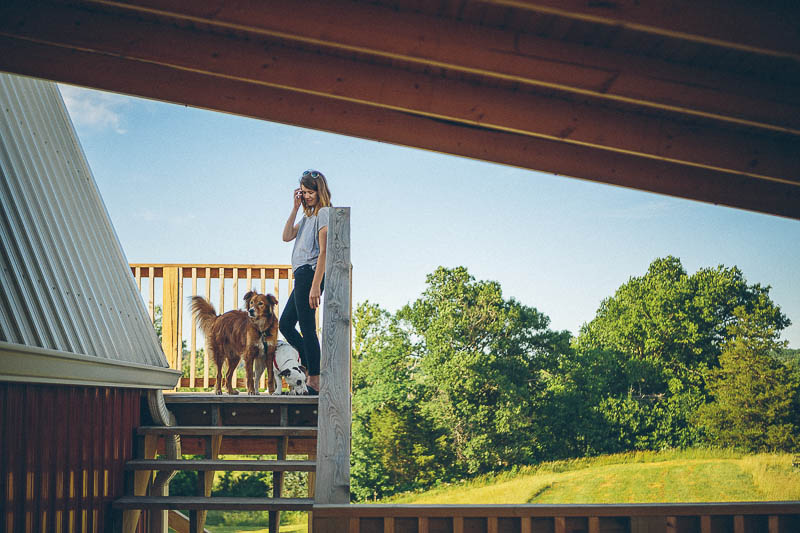 We walked in on Saturday night, pups in tow, and were greeted like regulars. It was like Cheers, where everyone knows your name. We grabbed pints from Shivaun and took a seat on the upper level of their outside deck that overlooks the surrounding farmland. 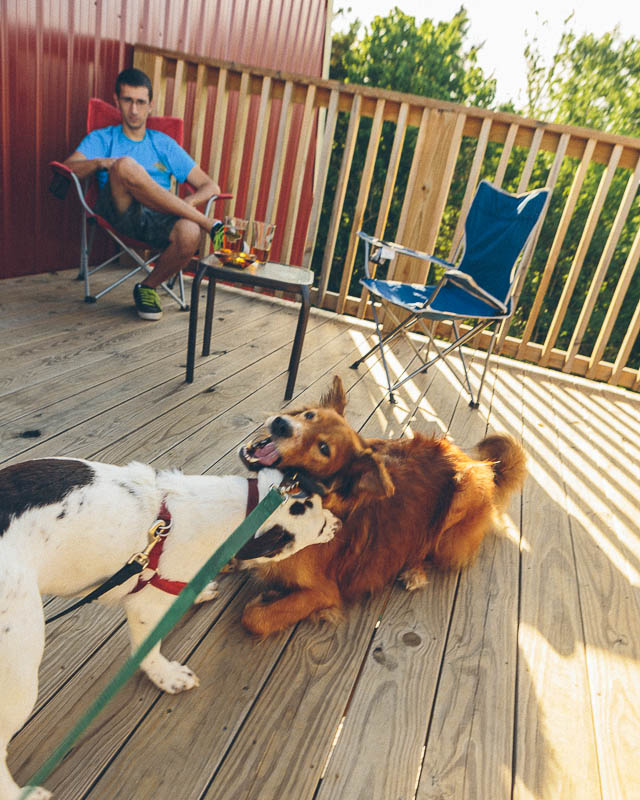 Hanging out for the evening was like being at a great party (minus the crappy beer): we chatted with employees enjoying a beer after work, mingled with familiar faces and John even had a jam session with a couple of local musicians. 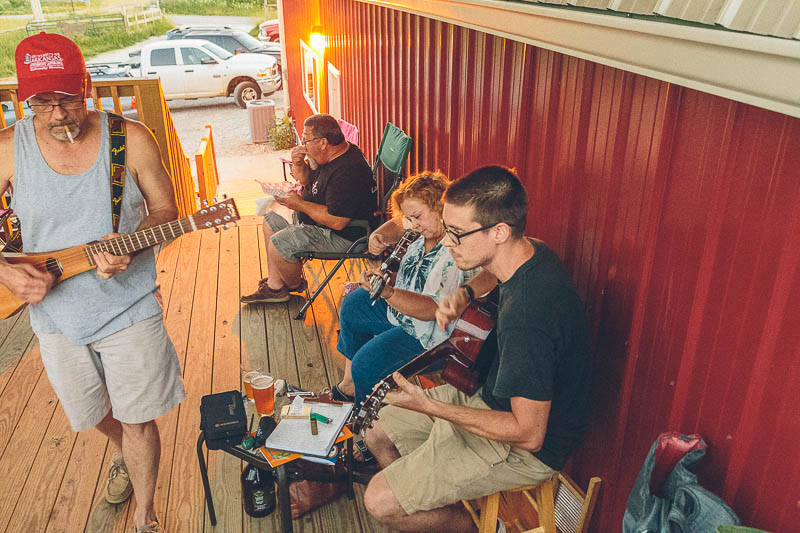 Saddlebock Brewery is the kind of place I want to hang out at all the time. Their beers are some of the best I've had in recent memory. The process is environmentally-conscious and 100% committed to making excellent craft beer. It's off-the-beaten-path and in a beautiful area. And the people who work and frequent there are incredibly friendly, welcoming and warm. Ten thumbs up for Saddlebock Brewery.