February 4, 2014 by John Ellis for The Front Page and The Garage

On our bee-line out of the Northeast which was quickly succumbing to the refrigeration that comes with autumn, we stopped in Charleston, South Carolina to visit a friend and I discovered a serious issue. Our A-frame had a massive crack caused by leaking battery acid in decades past. 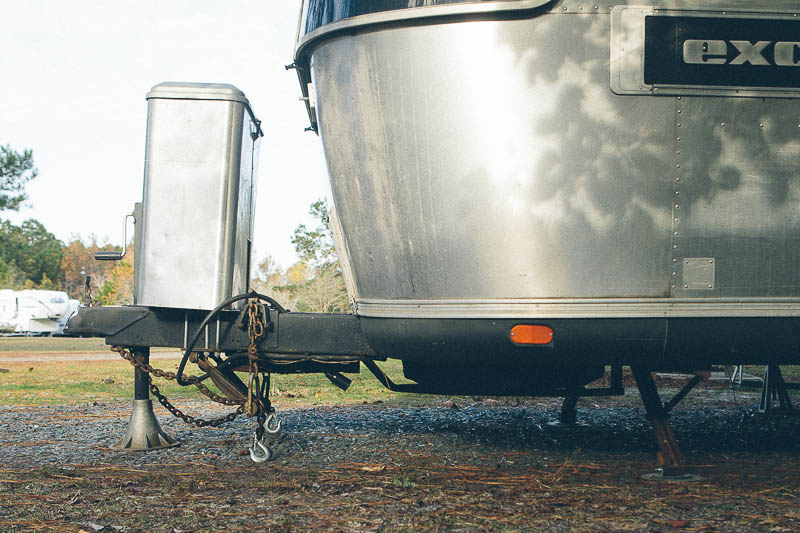 Can you spot the crack? 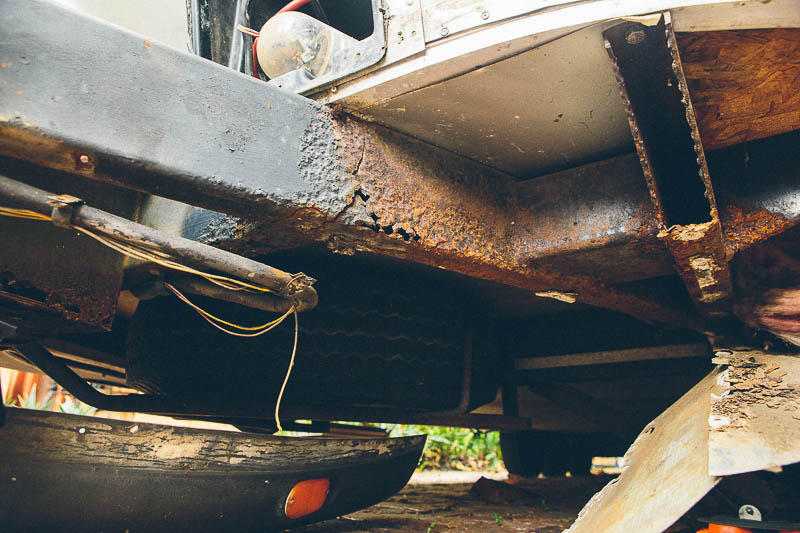 After asking for advice on the infamous AirForums.com, I dangerously opted to finish our southbound journey, taking the last leg down to Mom's house in Florida. From there we'd have the stability and time to deal with the situation, at least temporarily until we got to Dallas.

We wouldn't have the money for a full replacement or fix, so we needed to patch it. I called a few places and as soon as I mentioned rust, they pretty much hung up on me. Welders apparently don't like to weld when rust is involved. Thankfully Fred at Ultimate Fabrication and Welding was willing to help me come up with a temporary solution. 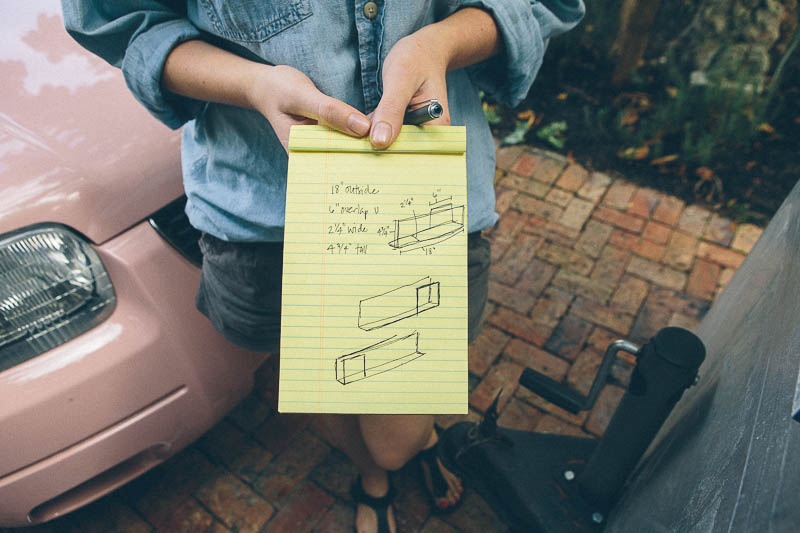 For $60, Fred welded together what is essentially a splint for Loretta's broken bone. It would involve drilling holes into the frame, and bolting this thing on which would essentially bridge the bottom of the frame on either side of the crack, while simultaneously holding the two pieces together should the crack expand and work its way all the way around. 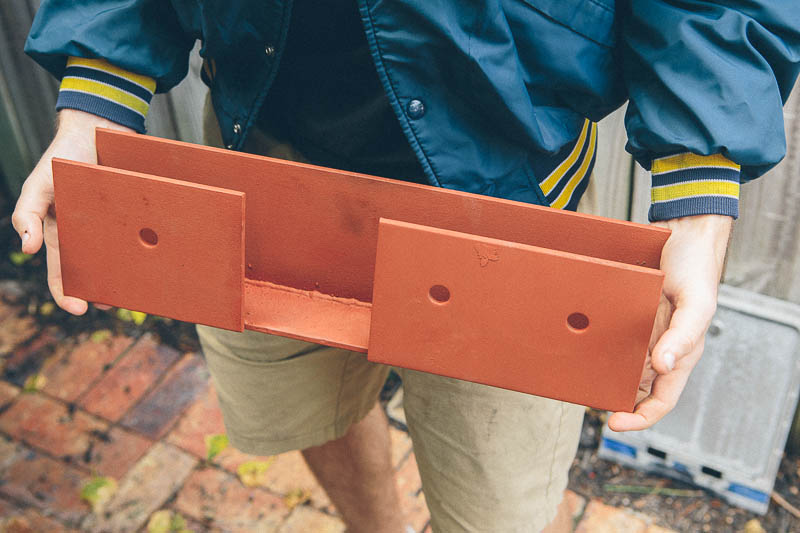 The splint. It looks like clay, but it's steel. 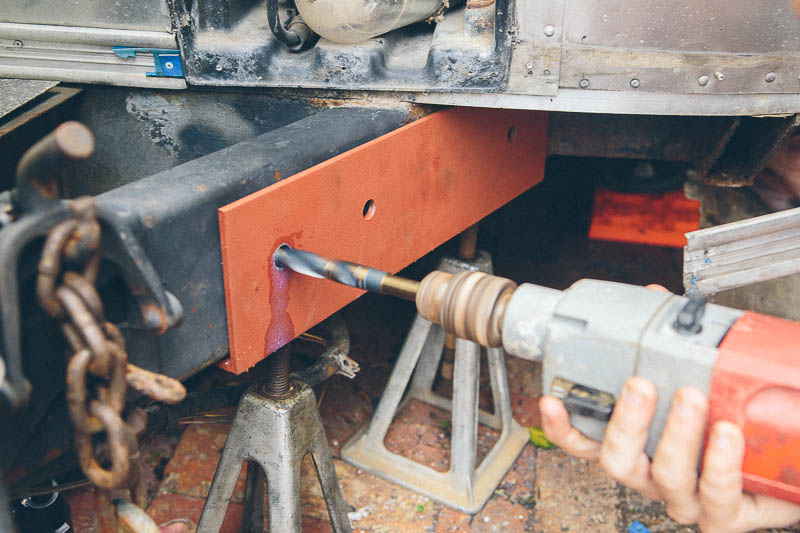 Drilling holes in the frame for the bolts.

The install went as planned, although I managed to break the drill bit on the very last hole. It was taking a long time to do each hole and by the time I got to the last one I got a little antsy. Sue me. 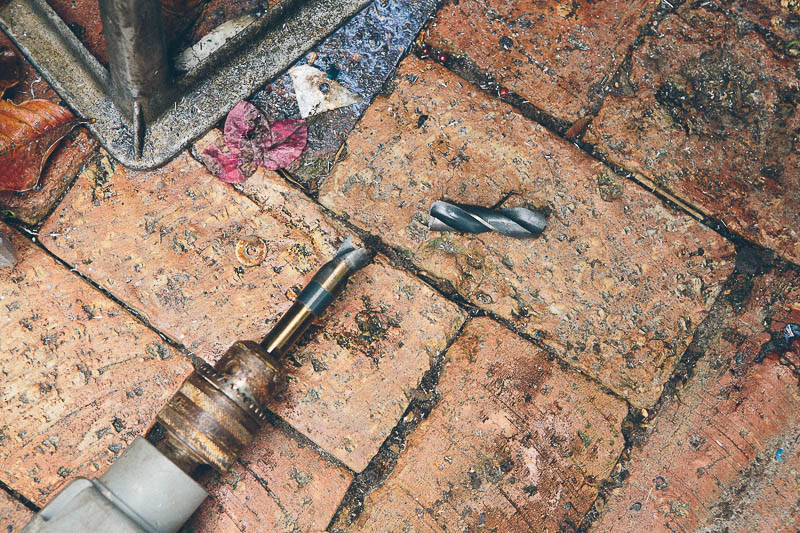 Too hard, too fast. Not enough lube. 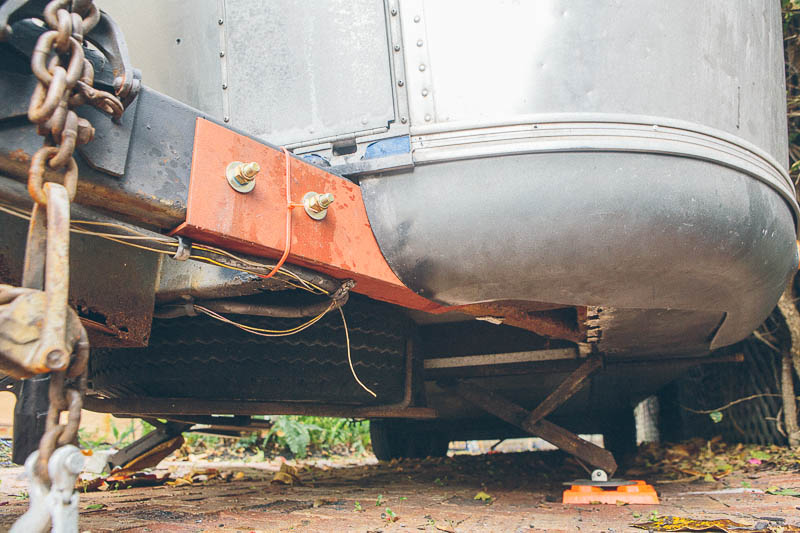 The finished, but temporary patch.

When it came time to leave my mom's house and head to Laura's parents' house, it also came time to test out our patch. Spoiler alert: it worked just fine. Now it was time to think about the real patch.

We had been in touch with filmmaker Eric Bricker about his forthcoming film about Airstreams and he put us in touch with Paul Mayeux of A+P Vintage Trailer Works who is specializes in Airstream restoration. Best of all, he's located outside of Fort Worth so he's close by.

Concerned that we'd have to shell out a ton of cash to replace our whole A-frame, we brought the trailer over to Paul to let him take a look. He and his wife, Ann were already following us on Instagram (as @paulmayeux and @annflannigan - follow them!) so we were all excited to meet each other in person. Their home and workshop are way out in the country hills of north Texas and serves as temporary home for Airstreams in various stages of repair and reconstruction. 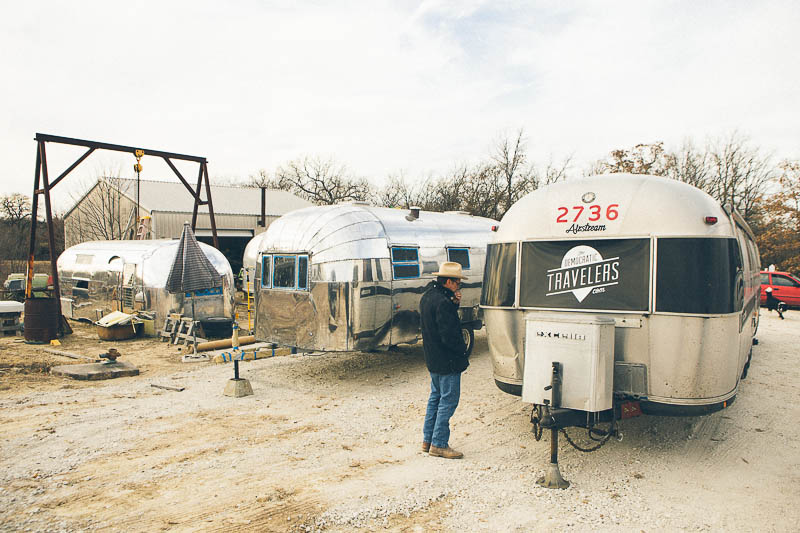 After a bit of investigation, Paul determined he was able to cut out the corroded steel and weld new steel in its place, saving us a lot of money while still keeping us safe. He also coated the whole area with POR-15, a kind of paint that helps stop rust from spreading further and protects the area from elements at the same time. While he was at it, he also replace our rusted-out front step, too. 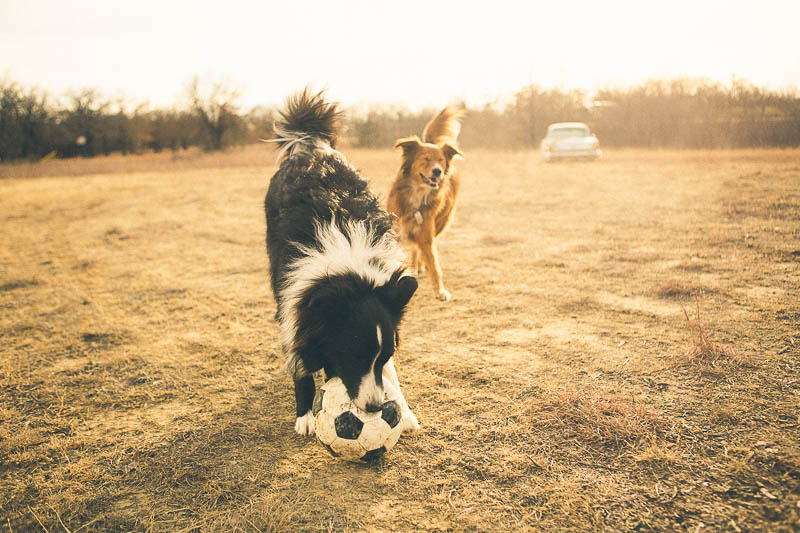 Bulleit made friends with Paul and Ann's border collie, Billy.

At the end of it all, he pointed out that most of our electromagnetic brake lines had pretty much all been severed somehow, which would explain our recent difficulty in slowing the trailer down when we were on the road. He was able to buy six new brake assemblies on sale, and offered to help me with the first one so I could see how to take care of that situation on my own without having to pay his hourly rate. I'll be covering that process in the next post. 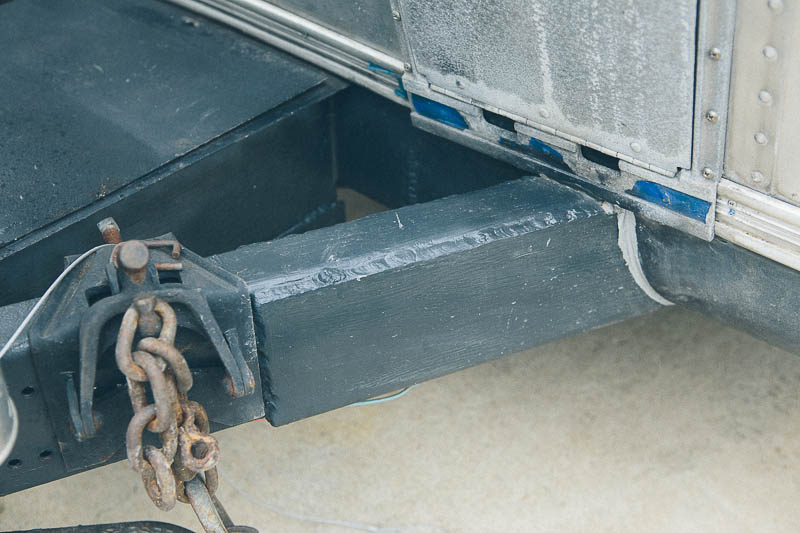 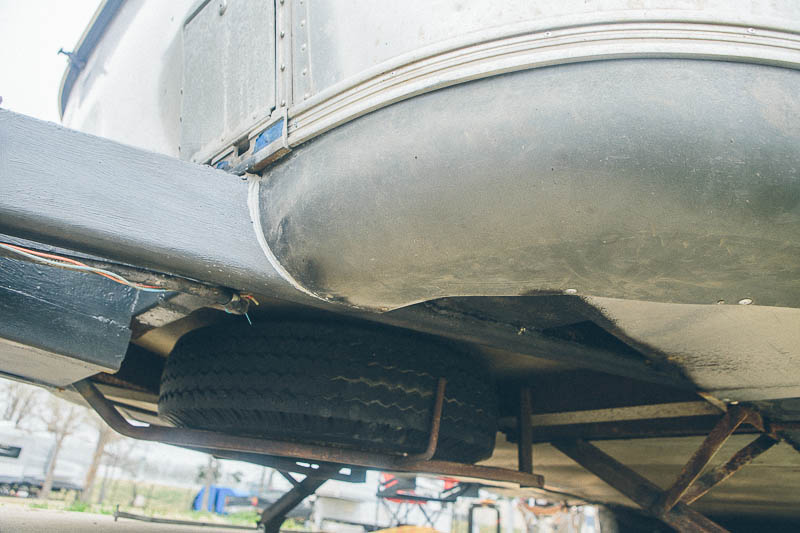 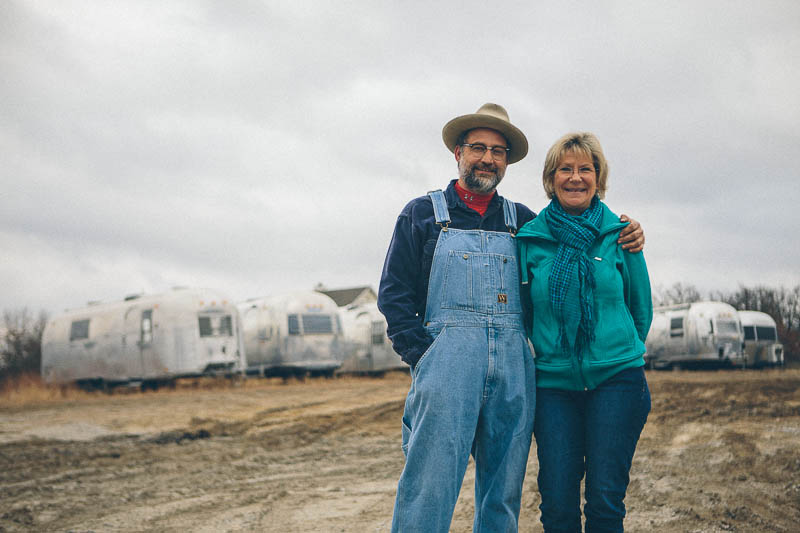 We're so grateful for Paul & Ann's help in getting us back on the road!