Clarksdale is an unassuming little town an hour south of Memphis in the Mississippi Delta region. To call the surrounding landscape depressing would be an understatement; dirt roads seem more fitting than pavement, shanty farmhouses sit back miles from the main road, and scrawny cotton fields line the highway. Not exactly a vacation destination. But we'd hear from multiple friends that we absolutely had to stop in Clarksdale. Specifically the Shack Up Inn. 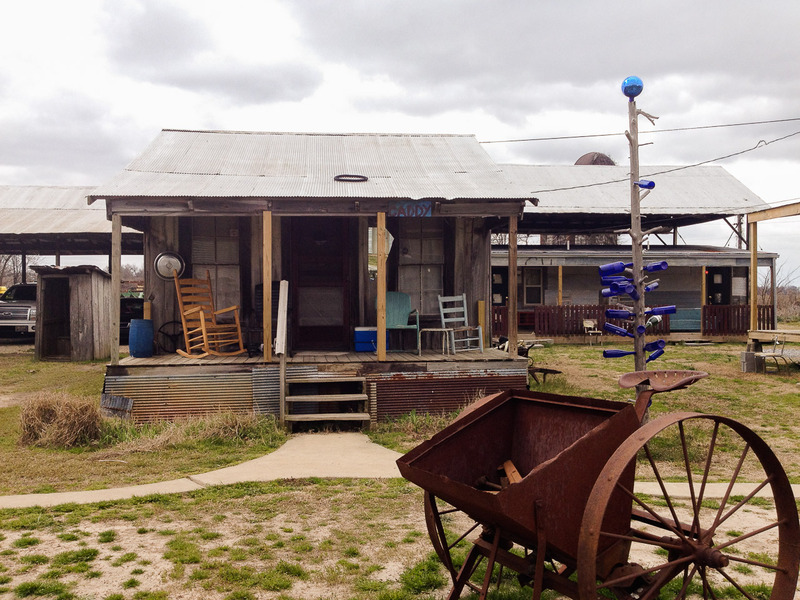 Located on the old Hopson Plantation just a few miles south of town, the Shack Up Inn is a bundle of, yes, you guessed it, shacks that have been renovated, rebuilt and transformed into a hotel of sorts. It's anything but shiny and new; everything is rusty corrugated metal and sun-faded wood. Shotgun shacks with rocking chairs on porches are scattered throughout the grounds along with rusting tractors, glass bottle sculptures, and decaying gas station signs. There are two larger buildings, one used for private events (we found that out by accidentally walking into a stranger's 80th birthday celebration) and the other houses the main office, a lofty-ceilinged stage and bar filled with antique signs and tchotchkes connected to a cotton gin that has been repurposed as hotel rooms. 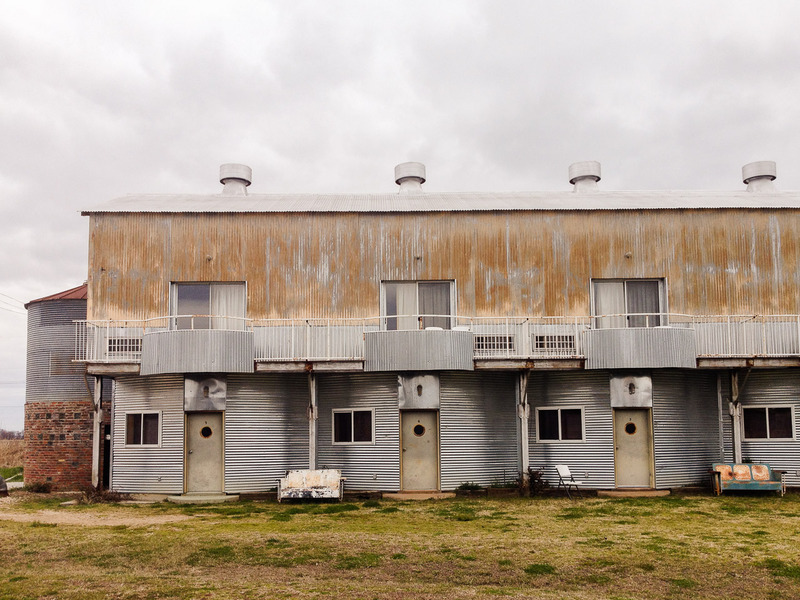 We spoke with the friendly manager for a bit, who gave us the rundown of the Shack Up Inn. The owners bought the abandoned plantation in the mid 1990s and renovated the existing shotgun shacks and buildings to livable standards (there ARE bathrooms, electricity and AC in every shack) in hopes of recreating a part of Delta history. They want to maintain authenticity, so all renovations are done with reclaimed materials and furnished with antiques. Through word of mouth only, the Shack Up Inn has attracted visitors and blues enthusiasts from all around the world who want to see what it's like to sleeping in a legit plantation shack. And Clarksdale is thankful for the much-needed revitalization; the Shack Up Inn single-handedly boosted tourism and transformed the region into a semi-hidden southern gem.

The other thing about Clarksdale is that it's practically the epicenter of blues music. The Crossroads where Robert Johnson infamously sold his soul to the devil is right in the middle of town, commemorated with two crossed guitars on a ten foot pole. Morgan Freeman, who grew up there (who knew?), owns the Ground Zero Blues Club. There's a Blues Museum. Muddy Waters, John Lee Hooker, Ike Turner and Sam Cooke spent time there. They have blues music festivals year-round. If you consider yourself a blues fan, you know about Clarksdale.

On our way outta town we stopped at Abe's BBQ, right at the corner of the Crossroads, for some pulled pork sandwiches. After pulling into the parking lot and realizing there was no space for a 55-foot truck-trailer combo and no way out, we spent the next 15 minutes frantically trying to back out onto the busy street. Amidst the handful of patrons who were staring and waiting for us to stop blocking their cars (this was lunchtime, mind you), one waitress came out and said we could park in the empty lot next door. Once we situated ourselves in an appropriate parking spot, she sat and served us hearty pulled pork sandwiches and candy-sweet iced tea. 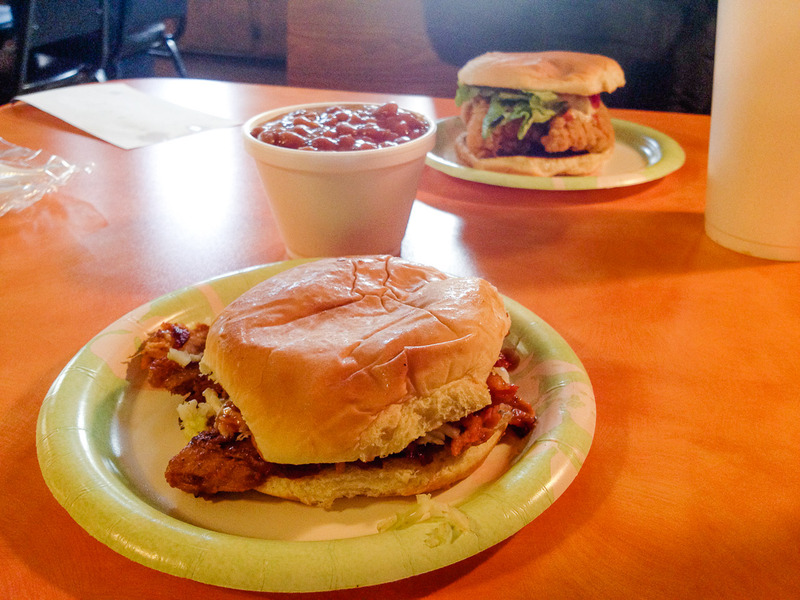 While Clarksdale is not a place I'd want to hang around for weeks on end, it's an interesting and funky place everyone really should visit. Plantations, blues music and barbecue are significant parts of our country's culture and history, regardless of where you're from. Going there and seeing the Mississippi Delta as it is and was helps you understand the plight of the blues man and the South.

Special thanks to CJ I. (who suggested Stay at Shack Up Inn) for making this blog post possible!