Even though we spent a week in Vegas only went to the Strip once, I have mixed feelings and some regrets about our time in Vegas. We had hustled to get there so that Laura could catch a flight back to Dallas to attend her childhood friend's wedding, so I took the opportunity to dig into some work projects and observe how Bulleit would survive without Mom around. 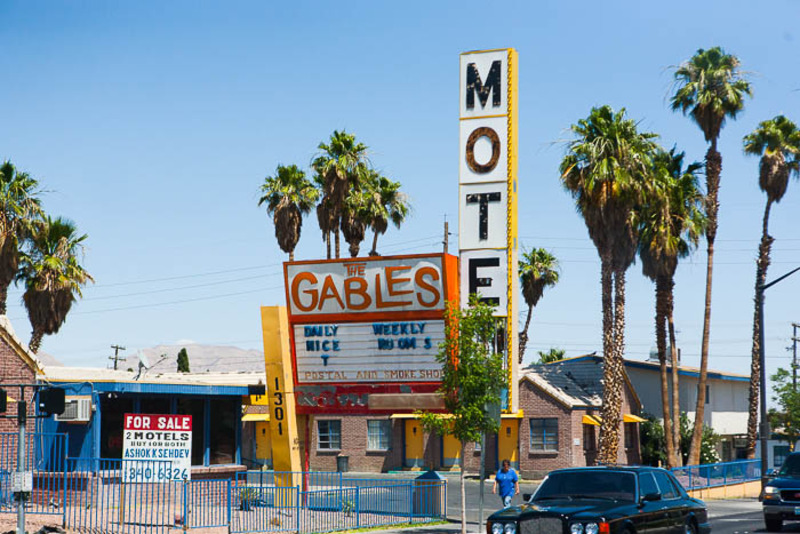 We got to Vegas and the campground we picked out was literally an asphalt parking lot with the lines spaced out wide enough to accommodate various RVs and trailers. There was no grass anywhere near the property, which made things worse when we realized how intense the Vegas sun could be in the beginning of June. Laura was lucky to escape. 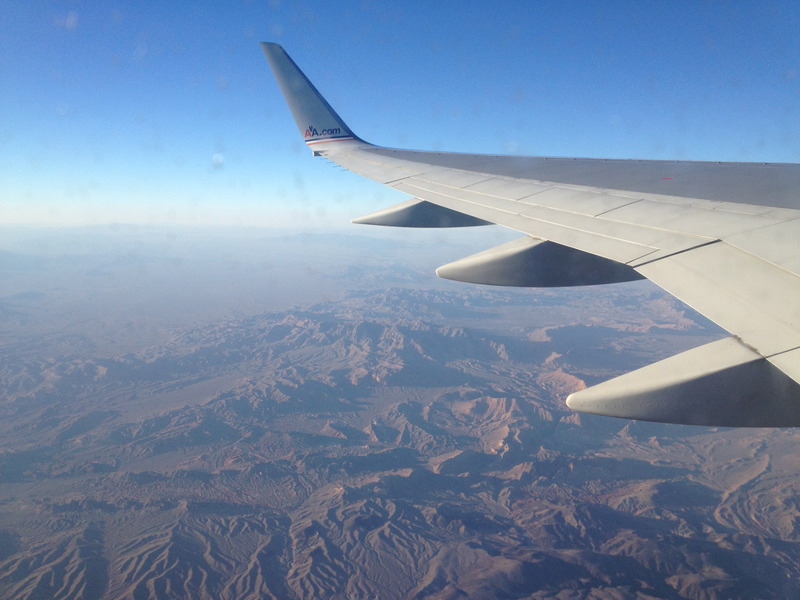 Laura escaping over the Grand Canyon

I was left alone in Vegas, living inside an aluminum tube surrounded by hot pavement, only to find out that our air conditioner doesn't work worth a crap. And to compound things further, our refrigerator couldn't keep up with the heat either, meaning our food was going bad. I resorted to buying bags of ice every morning to store in the fridge and freezer just to keep what was left in tact. Aside from that, I spent most of the time up to my nose in code working on some personal web projects, and didn't really leave the house. 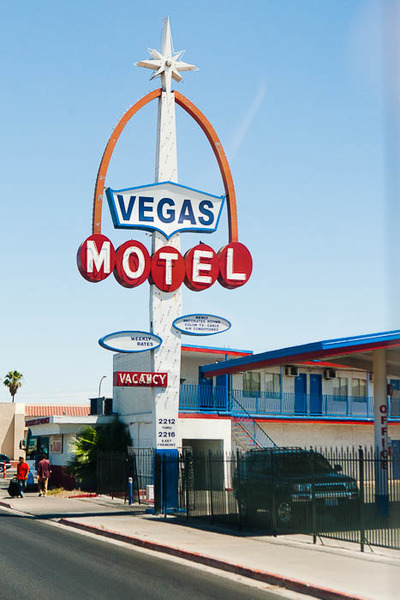 Around the time Laura got back, I received a phone call from a fellow traveler (albeit older than we are) named James who told me he had spent the previous ten days trying to track me down. He had found a camera outside of Buena Vista, Colorado, and after buying a memory card reader to download the photos, found a photo of Loretta on it, which had our logo on it. A quick Google search brought up the Mashable article about us, and he was able to find our website and Facebook page from there. Furthermore, he realized as soon as he saw the picture of the trailer that he had been camped next to us just a few weeks back, when we were in New Mexico. He had taken the camera for safe-keeping, and now that he had found me, was ready to ship it back to me. After spending almost two weeks in a major funk about foolishly leaving my camera at some random place in Colorado, I was now talking to the man who I mistakenly assumed had "stolen" it.

Having assumed my old camera stolen, and in a big hurry to secure a new one with limited funds, I put out a call to friends and acquaintances from my previous job to see if anyone would be willing to trade their old camera gear for some web design/development work. James' call came only a few days after I had worked out a deal with someone for a new Canon 6D. I now had both my old camera and my new camera being shipped to our hellscape of a campsite simultaneously. 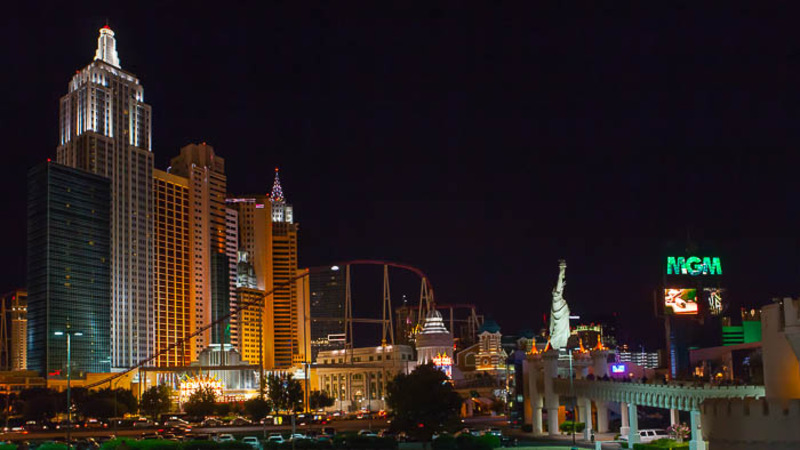 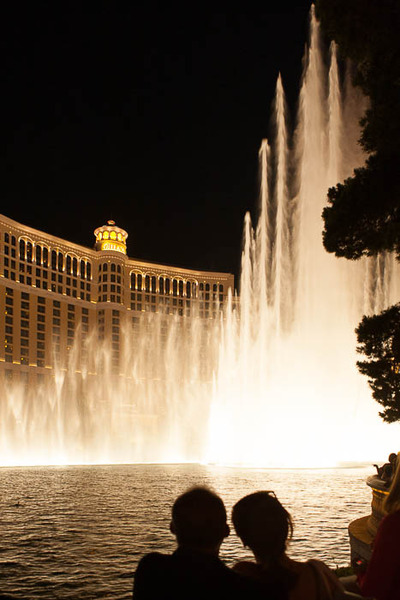 The old camera arrived first, and we were anxious to escape the heat, but we couldn't leave until we received the new camera as well, and certainly not without taking at least one stroll down The Strip. We weren't interested in gambling (I'm no good at it, anyway), so we brought Bulleit along, which was probably the best part. He may as well have been the very first dog to ever take a stroll down Las Vegas Boulevard, judging by the amazed looks he was getting as he did what he could to make sense of the massive crowds and flashing lights. 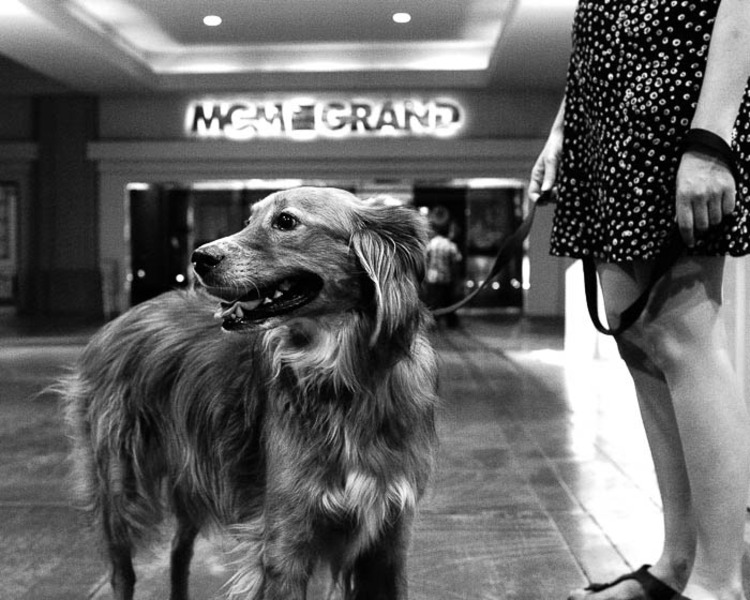 Bulleit: the only dog on the Strip 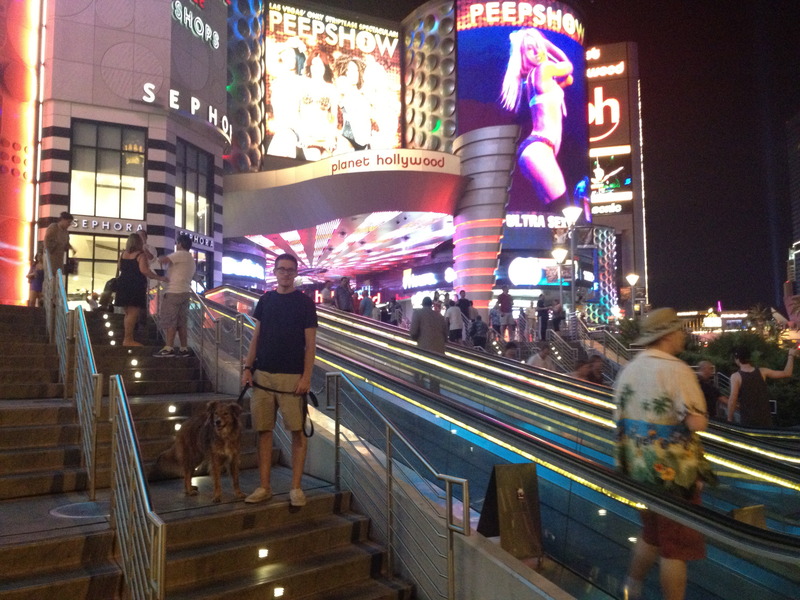 We totally fit in here

Thankfully, the Flamingo had an outdoor bar, we were able to rest our legs for a bit and enjoy an overpriced beer and do some people watching. We took turns trying to identify which girls were the prostitutes, and discussed how Las Vegas might affect international tourists' views about what America is really like. 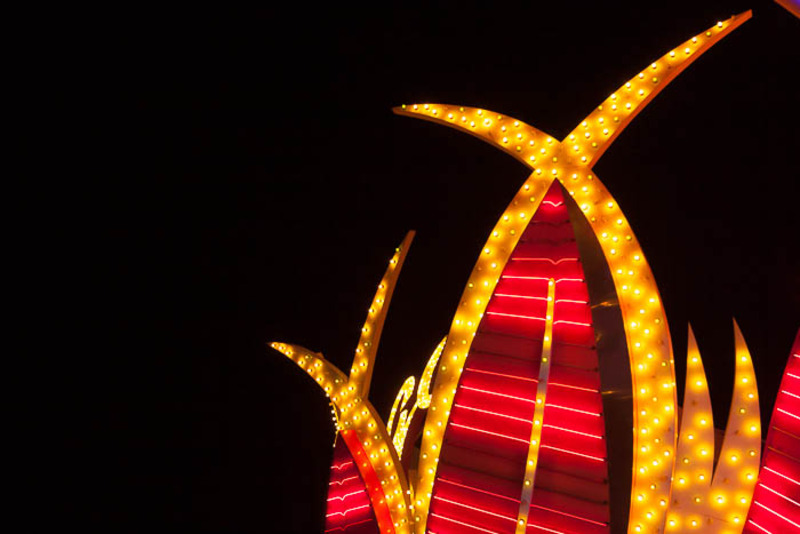 The Flamingo's entrance, best on the Strip.

We were hoping to leave the next day, but it depended on when UPS might show up to deliver my new camera. The campground management was very helpful and let us stay as long as we needed to until our package arrived (most places have a check-out time of 11:00am or so). I had earlier fumbled some dates in talking with a guy we met in Austin at SXSW who lives in Vegas, so I carpe'd the opportunity to meet up with him for lunch in Old Town. Mark works for a young tech start-up called Wedgies, and grew up in Las Vegas, and we thought it would be great to get a normal perspective on the city. He invited us to a great local place that made us feel like we were back in civilization again. He assured us that the city has more to offer than tech conventions and gambling. I had assumed as much, but it was still great to meet a true native. 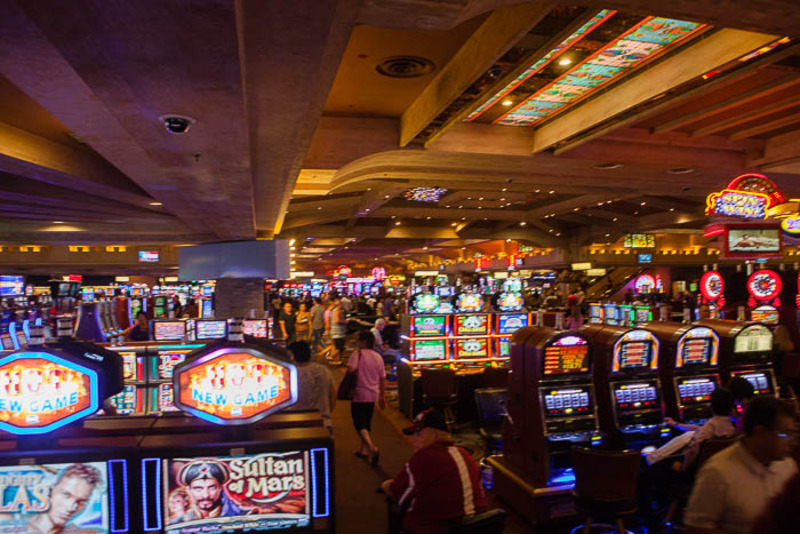 All about the video slots

We got back from lunch, and the new camera had arrived, so at last we were free to leave. Assuming the rest of the southwest would be just as hot, if not hotter, we made an executive decision to postpone the southwest and head straight for the California coast. 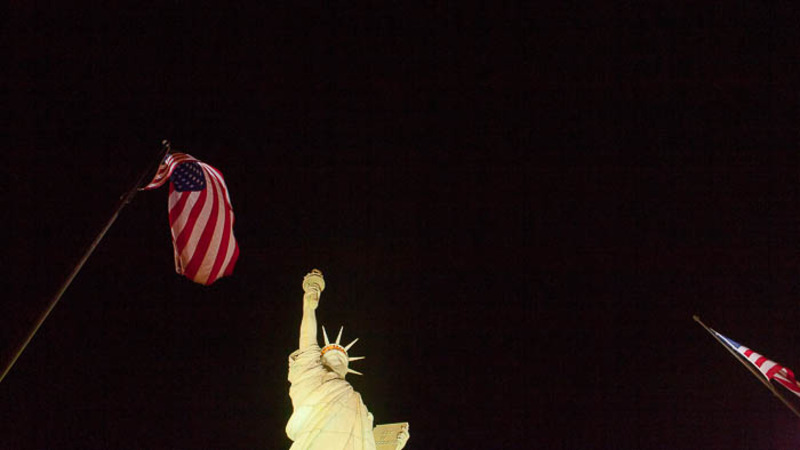 Special thanks to Mark J. (who suggested Hang out downtown, and see what's happening.) for making this blog post possible!