Cafe Du Monde is another one of those establishments that you're not really allowed to avoid when visiting New Orleans.

After the Po-Boy Showdown, we biked through the French Quarter, making a quick stop in Madame Laveau's House of Voodoo, which sounds a lot more interesting than it actually was. It's basically a souvenir shop with incense, voodoo dolls and cheap jewelry trying to pass off as being a mystical place. Perhaps it was at one point, but now it's aimed at wide-eyed tourists who want a piece of Cajun voodoo magic. 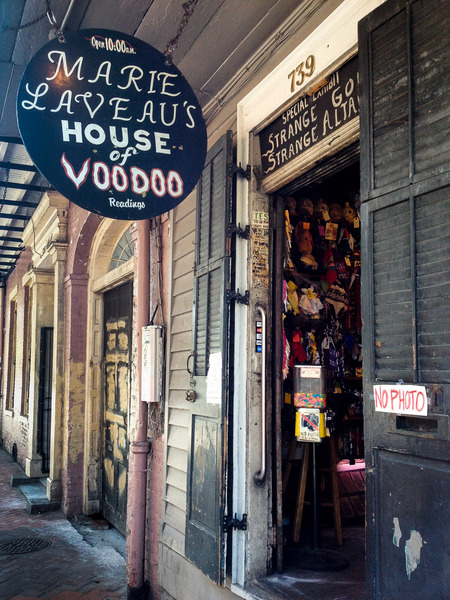 No photos allowed inside. Womp womp.

Unimpressed, we continued towards Cafe Du Monde, located catty-corner from Jackson Square. It's a huge open-air cafe with arched columns holding up it's high ceiling with about a hundred small round tables. The place was packed with tourists chattering excitedly between sips of milky chicory coffee and bites of pillow-shaped beignets blanketed with powdered sugar. And those are the only things you can order there; coffee and French doughnuts (along with ground coffee and beignet mix). But they ain't doing so bad for a doughnut shop. 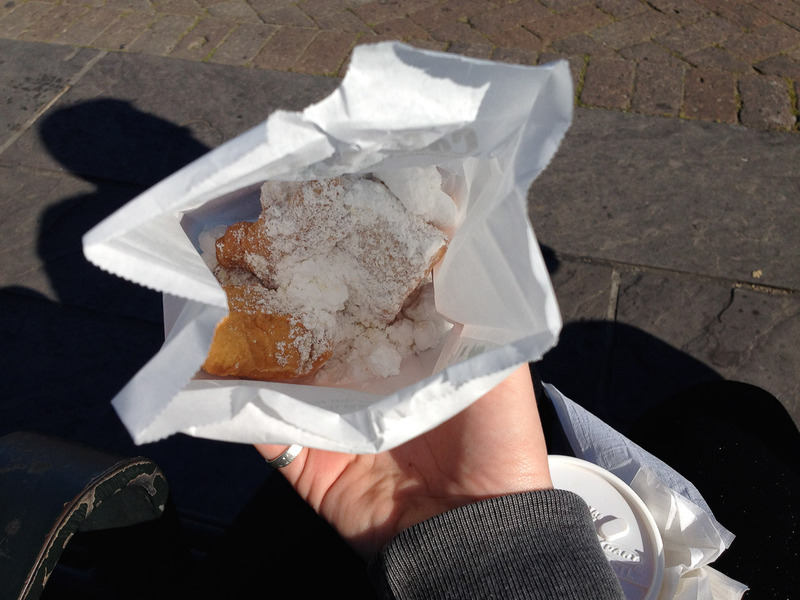 We didn't see any open tables among the sea of people, so we ordered two small chicory coffees and a bag of beignets in the to-go window and walked over to the river to enjoy our treats with a view. 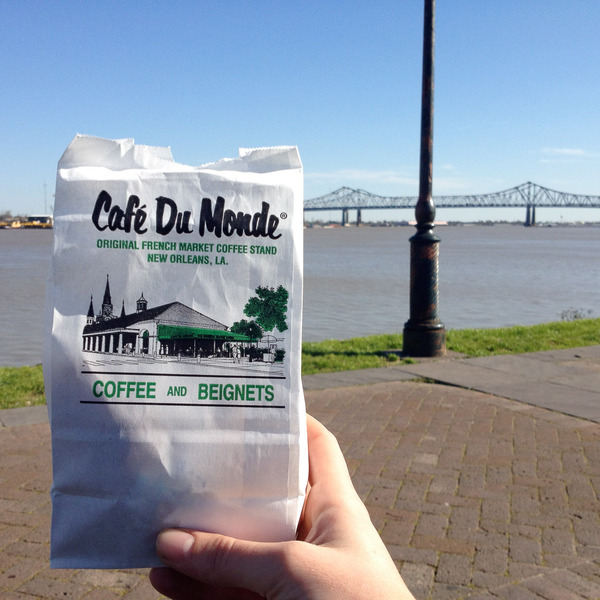 Enjoying our treats by the Mississippi River.

The coffee wasn't life-changing but it certainly was milky, sweet and smooth and paired perfectly with the beignets, which were satisfyingly doughy and fried. They tasted like a fluffy funnel cake in an awesome way and were covered in an obscene amount of powdered sugar. A perfectly satisfying and quintessentially Nawlins' afternoon snack.