After two weeks of working on B.B. and Loretta and hanging around outside of Seattle, the three of us decided on an overnight trip to Orcas Island. We opted out of the pricey ferry toll to bring the Airstream, excited to camp the old fashioned way. For as many campgrounds as we've stayed in over the past seven months, it would be our first time sleeping in a tent. That was really all it took to make us appreciate sleeping on our memory foam mattress inside a warm Airstream.

John, Toby, Bulleit and I packed up the car early in the morning and drove two hours north to Anacortes, where we would hop on a ferry that would take us to Orcas Island. We seriously underestimated how long it would take to drive there and how busy the ferry would be, so we wound up missing two ferries and found ourselves with six hours to kill. 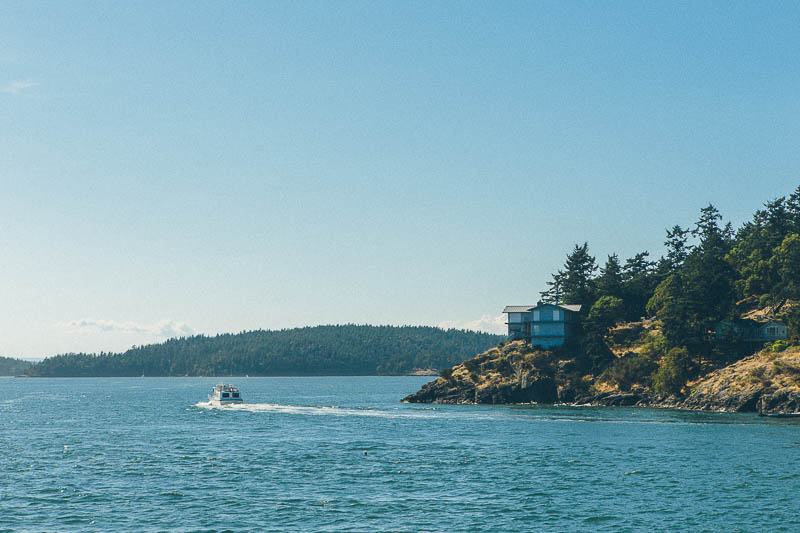 Fortunately, we found an awesome little restaurant in downtown Anacortes called Adrift. Please go there. It's so good. Take a diner, throw in some organic and local ingredients and give it a creative twist: you have Adrift. We sat outside in the sun with the pup and had a fantastic breakfast of strong coffee, eggs, smoked trout and biscuits. 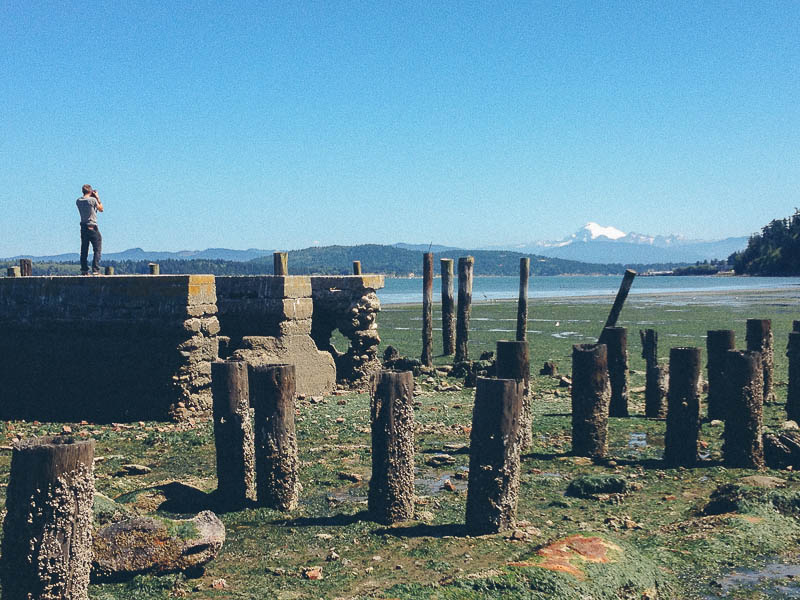 Only four more hours. After walking along the beach area, where we found the decaying remnants of an old canning factory, Toby found a massive tangle of blackberry brambles near the parking lot, speckled with ripe berries. I grabbed a saucepan and we picked blackberries until the pot was overflowing. SO many blackberries! I still can't get over the fact that wild blackberries grow all over the PNW and you can just pick them…for free! 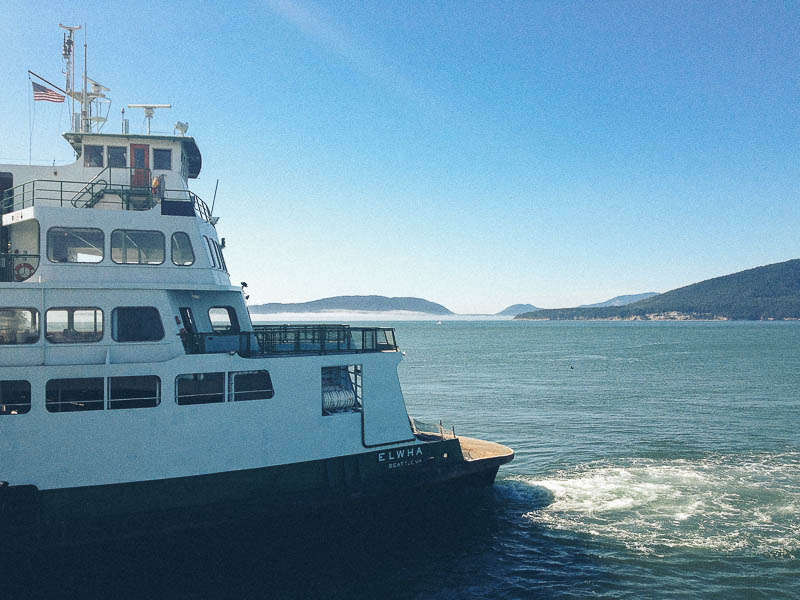 Once the waiting-forever-for-the-ferry game was over, we finally made it on. The ferry ride is about 45 minutes and weaves through the heavily forested islands that make up the San Juan Island cluster. This was the only other ferry I had been on besides the Staten Island Ferry. Serious upgrade. 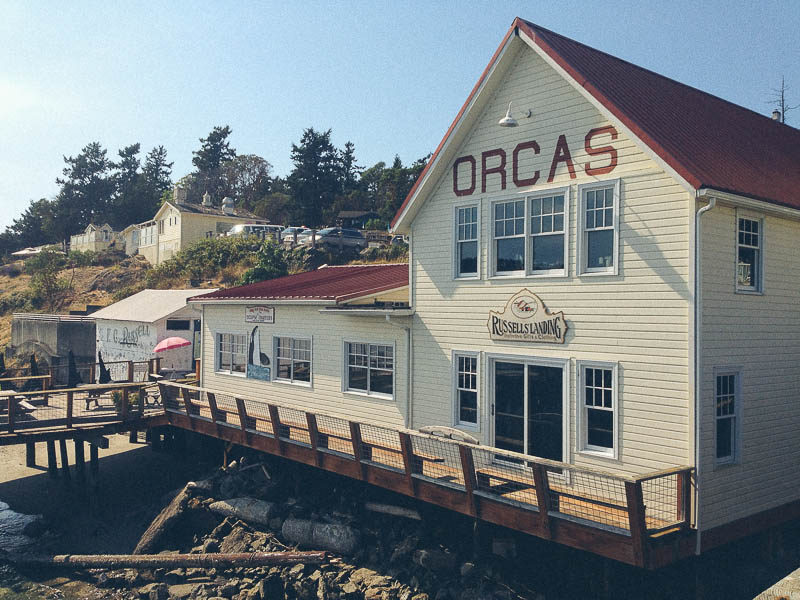 The ferry docked and we drove onto the the island. The largest of the San Juans, Orcas is home to 4,500 islanders. Artists and hippies flocked there a few decades ago to take advantage of the seclusion and incredible natural surroundings, but it's just recently become a more popular vacation spot to the locals dismay. 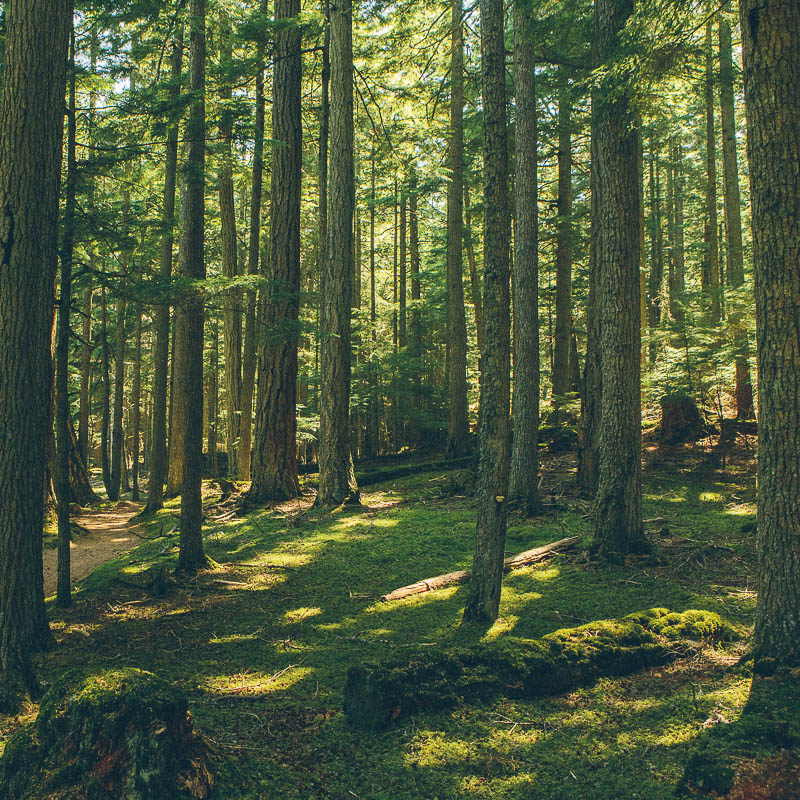 The lush forests of Orcas Island

The island is mostly forests, fields, farms and small properties, with a couple of little towns that provide provisions, gas and a few restaurants. But don't get me wrong, being on this island wasn't exactly "roughing it". The grocery stores had an abundance of local organic produce, kayak and paddle board rentals shacks lined the shores, we saw probably ten yoga and art studios. There's even a microbrewery on the island. 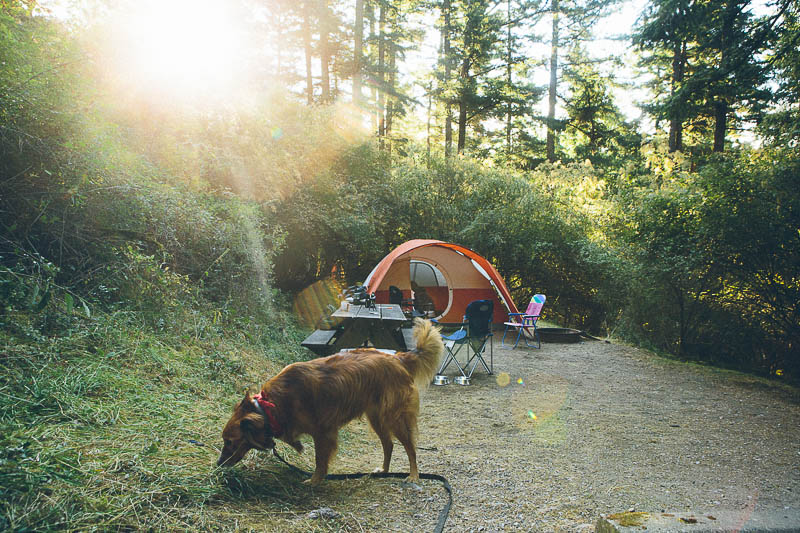 We made our way to our camping destination: Moran State Park. Because we lost so many potential island-exploring hours waiting for the damn ferry, we set up camp first thing. Once everything was settled, the light was low. There was a fire ban due to a crispy dry summer, so no campfire. The only thing we could really do was kick back, relax and drink beers. Darn. We spent the evening sipping beers, eating chili and oreos and playing Egyptian Ratscrew until we were drunk and tired. We crawled into our sleeping bags and oh my god, I have never slept on a harder surface in my life. It was terrible. And painful. Never forget a sleeping pad. Or your Airstream. 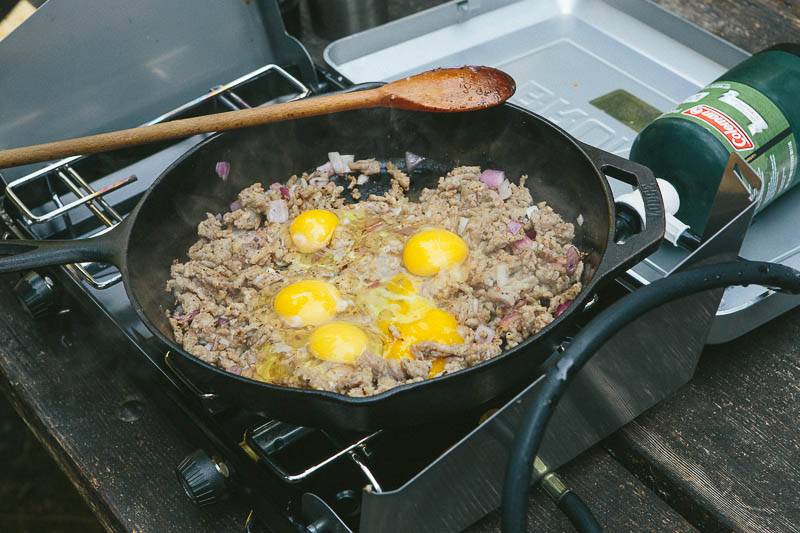 We woke up with the sun, achy and sore from sleeping on a literal rock. The island is basically a giant rock with not much topsoil - so, so hard. Once we were partially revived with coffee and sausage/egg/cheese scramble, it was time to hike off what remained of our hangovers. 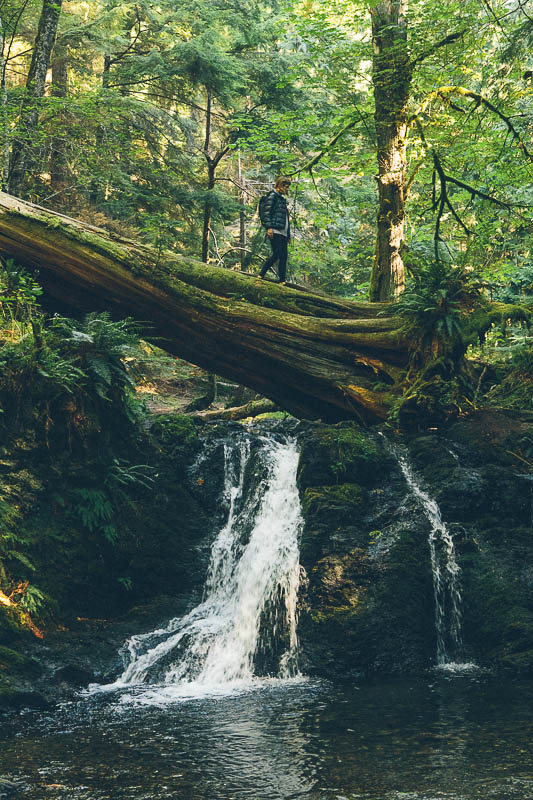 We picked a short, easy hike that went past a few waterfalls. Minimum effort, maximum reward hiking is my kind of hiking. Bulleit was thrilled to run around off his leash and we were amazed at the lush forests and impressive waterfalls. 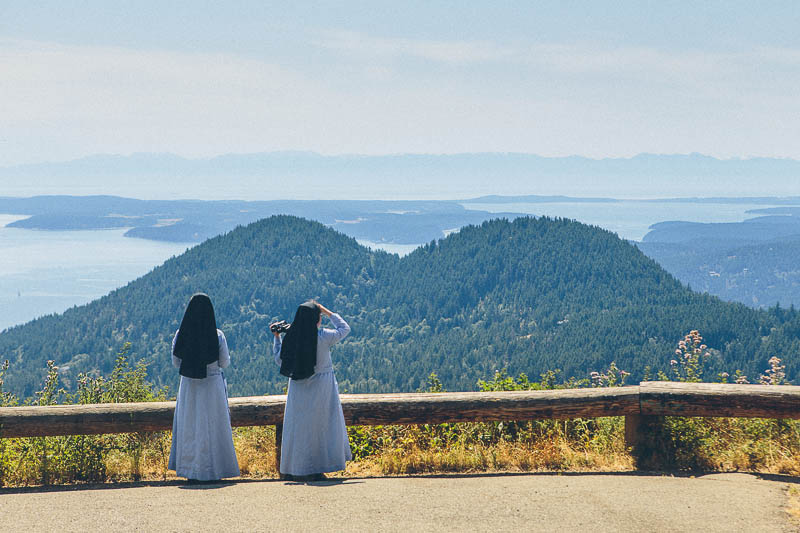 Thoroughly exercised, we returned to our campsite to pack up. But before leaving, we had to drive to the top of Mount Constitution, the highest point on Orcas Island with an incredible view. You can hike up, but we couldn't hike up. We parked a looked out over the San Juan Islands. I could see for miles. We even had a clear view of the snowy Mount Baker in the Northern Cascades. 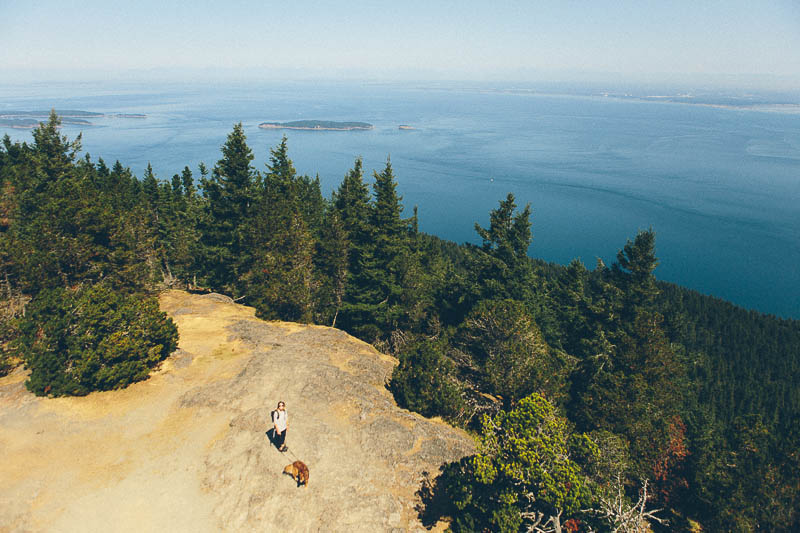 View from the watch tower at the top of Mount Constitution

Before we left the island, I had to see what that microbrewery in town was all about. The Island Hoppin' Brewery hasn't been around for that long, but their outdoor patio was inviting, the bartender was friendly and the beer flight was varied and inexpensive. 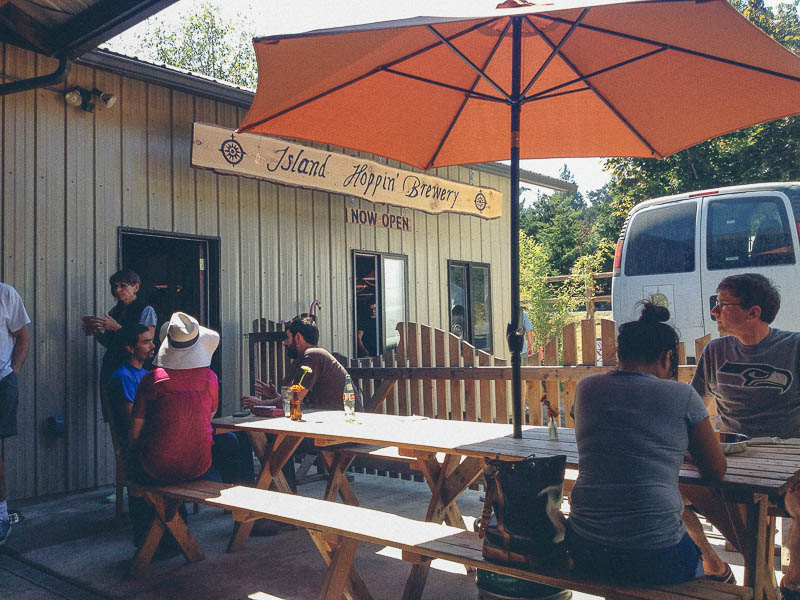 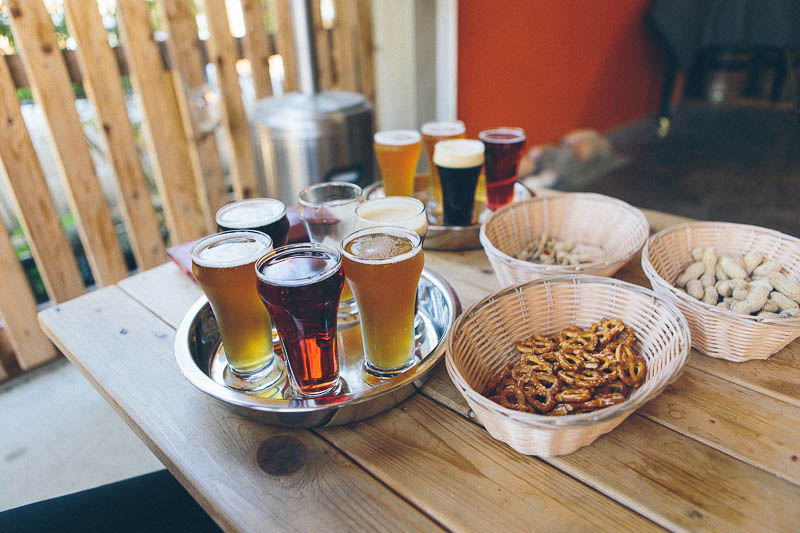 We shared six samples, my favorite a jalapeno-infused blonde ale. We took a seat at a picnic table outside and struck up conversation with an interesting fellow traveler who was scribbling poetry in a small notebook. 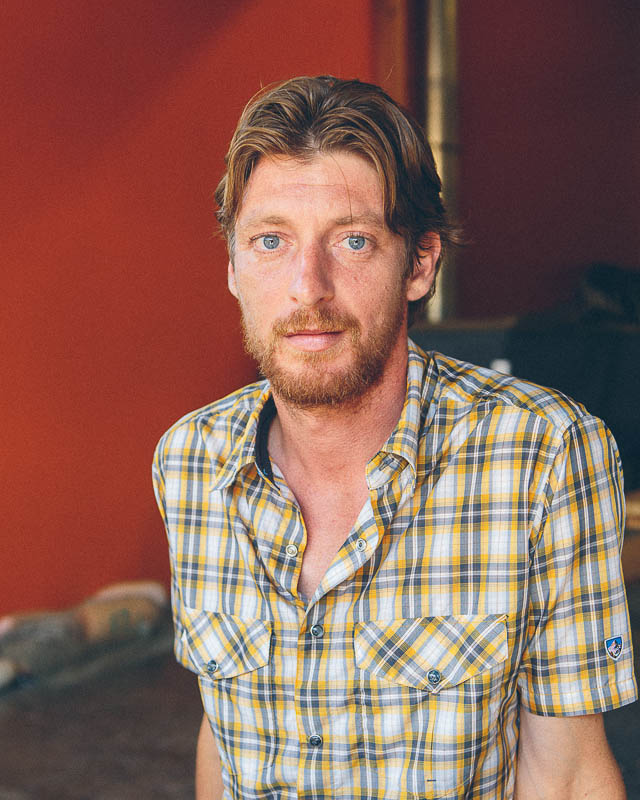 Feeling fine after our tasting of local brews and meeting like-minded folks on the road, we headed towards the ferry with ample time so we wouldn't miss our boat. We were plenty early and a bit reluctant to return to the mainland. Our short time on Orcas Island reminded me that a simpler life, isolated from the hectic highways, cities and high-rise condominiums, is the most satisfying way to live. Just have to make sure to remember the air mattress for next time. 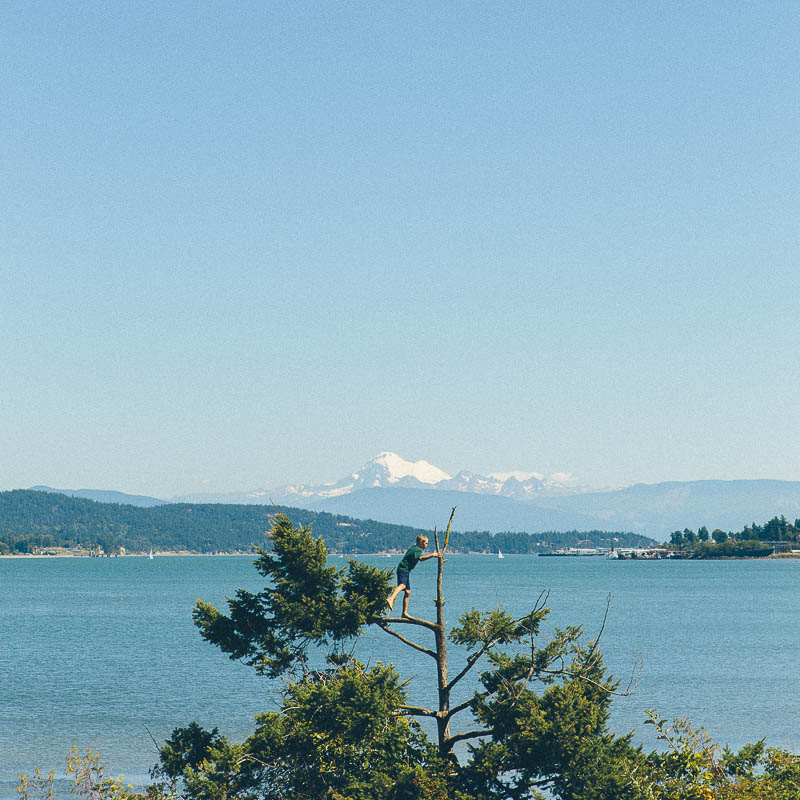