We spent a whole two weeks outside of Santa Cruz with the 17-Mile Drive on our to-do list. It wasn't until the night before we were leaving for San Francisco that we realized…shit! We haven't done the 17-Mile Drive! Which meant waking up at 5:30am the next morning to catch the sunrise and the early morning fog lifting through the cypress trees along the California Coast. 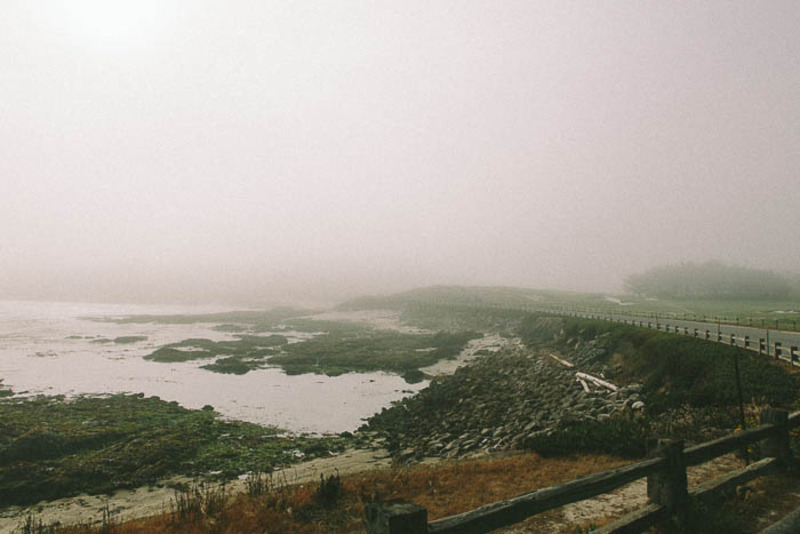 Okay…so what's with this 17-Mile Drive? It's an incredibly scenic road with fantastic views of the Pacific Ocean that winds through Pebble Beach and Pacific Grove on the Monterey Peninsula that is, you guessed it, 17 miles long.

With sleep still in our eyes and strong coffee in our travel mugs, we set off from our campground in Watsonville, driving past the dewy berry farms, onto the dark southbound highway towards Monterey. 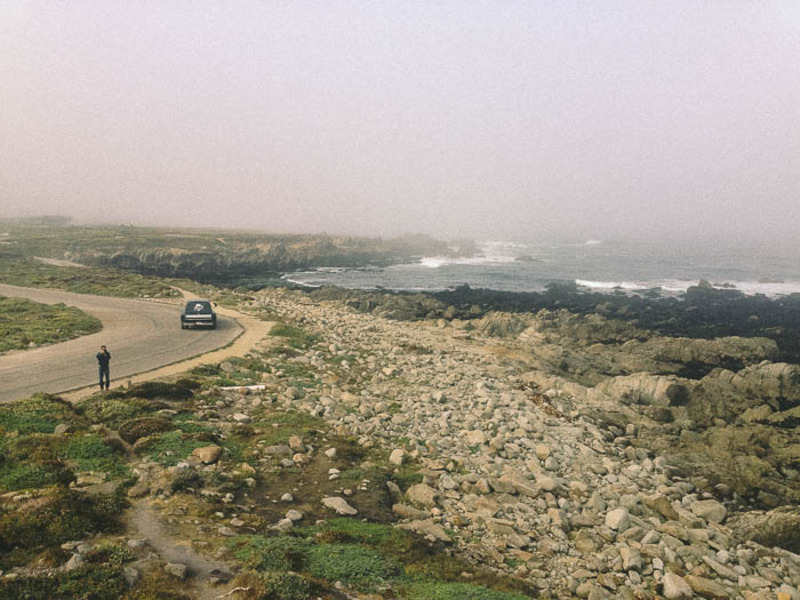 We reached Monterey, turned onto the road that leads to the 17-Mile Drive and were promptly stopped by a toll booth. Apparently it cost $9.75 to drive down this road. We didn't realize that it goes through a super-ritzy gated community ripe with manicured golf courses and massive mansions. But hey, it's a tourist attraction and it's California. The wealthy folks of Pebble Beach still need to collect their taxes. 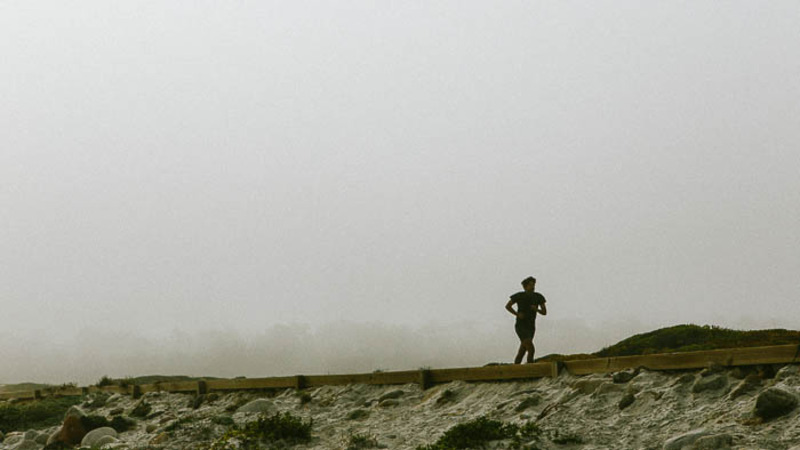 Irked, yet compliant, we paid our $9.75 but quickly set aside our monetary frustration as we drove through prehistoric-looking cypress forests thick with morning fog and past empty beaches with a single jogger running their daily route. We stopped so that I could climb on top of a rocky overlook and pluck the most unusual-looking coastal succulent. Then we continued along the winding road, past ostentatious mega-mansions, to the main attraction of the 17-Mile Drive: The Lone Cypress. 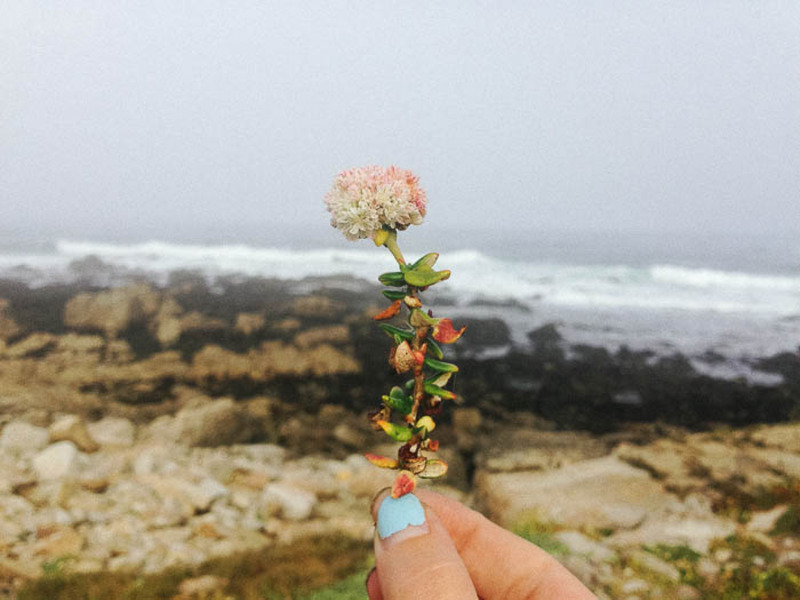 As we pulled off to the side of the road, the fog lifted and the warm sun came out, casting a spotlight on the Lone Cypress. But we were a tiny bit disappointed by what is supposedly the most photographed tree in North America. It isn't very lonely. It's kind of on it's own little cliff that juts out into the crashing waves, but I half-expected some incredibly epic giant cypress tree dominating the entire area. Not the case. But after reading a few plaques, I learned this tree is nearly 250 years old and has withstood storms, high winds and fires. Which I suppose is pretty awesome and deserving of its fame. 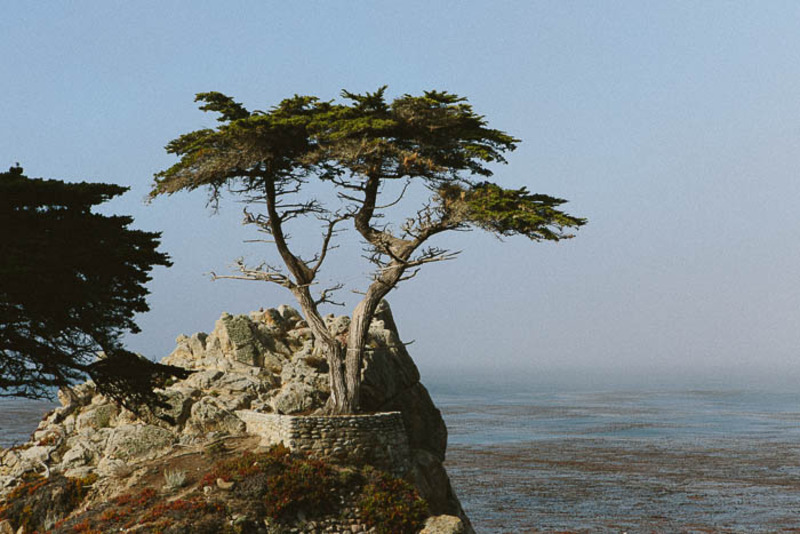 We were nearing the end of our 17-Mile Drive, so we decided to head back to the campground. But not before making a detour through Castroville, the Artichoke Capitol of the World. 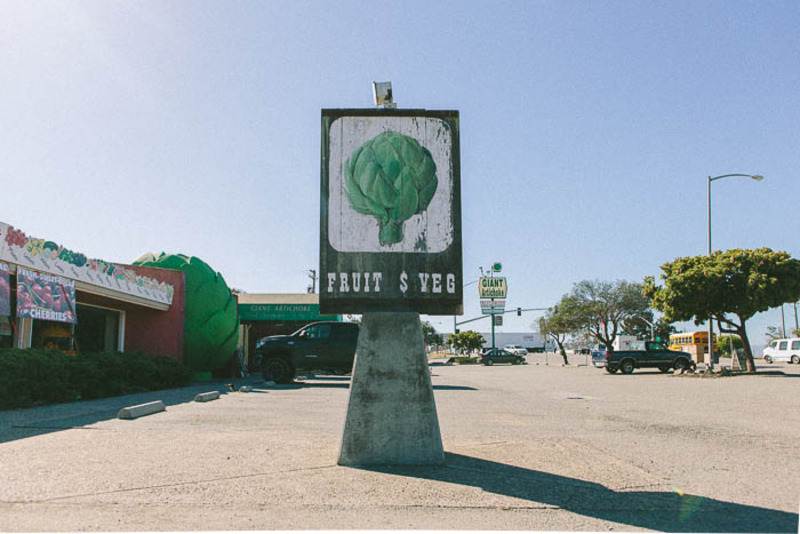 We received a last-minute Facebook tip to go check out giant artichoke statue at a fruit stand in Castroville that supposedly had the best fried artichoke hearts in the world. 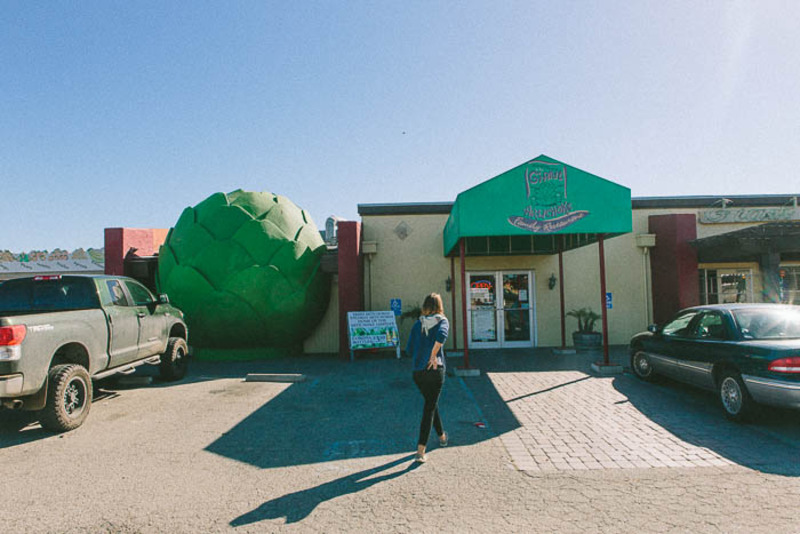 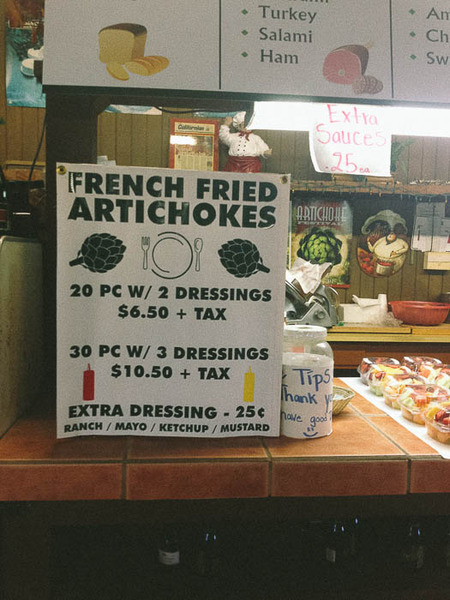 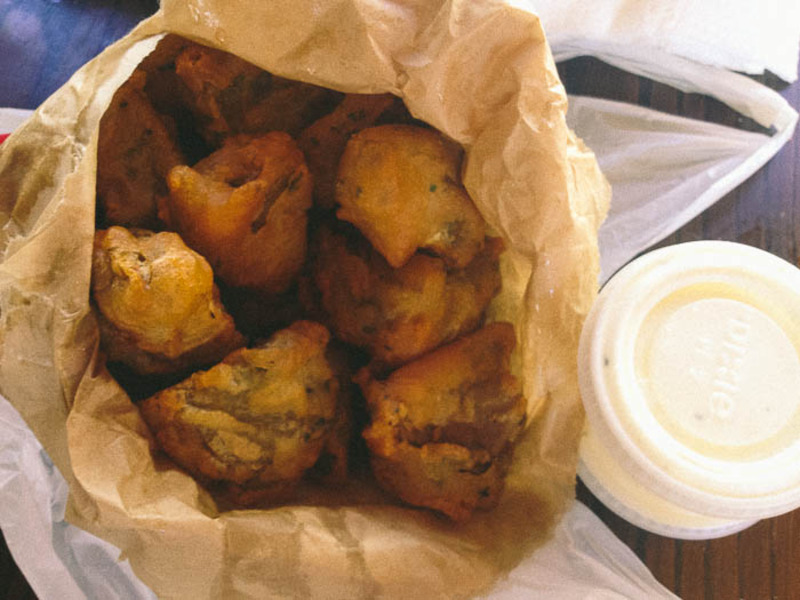 Now fully awake, caffeinated and artichoked, we returned to our campsite, eager to hit the road towards the long-anticipated San Francisco.

Special thanks to Heather H. (who suggested check out the lone cypress on the 17-mile-drive!) for making this blog post possible!