Despite the lingering high from the beauty of Big Sur, we had work to do and unspoiled California coast, breath-taking as it might be, doesn't offer much in terms of internet access. The next stop would put us officially in NorCal. 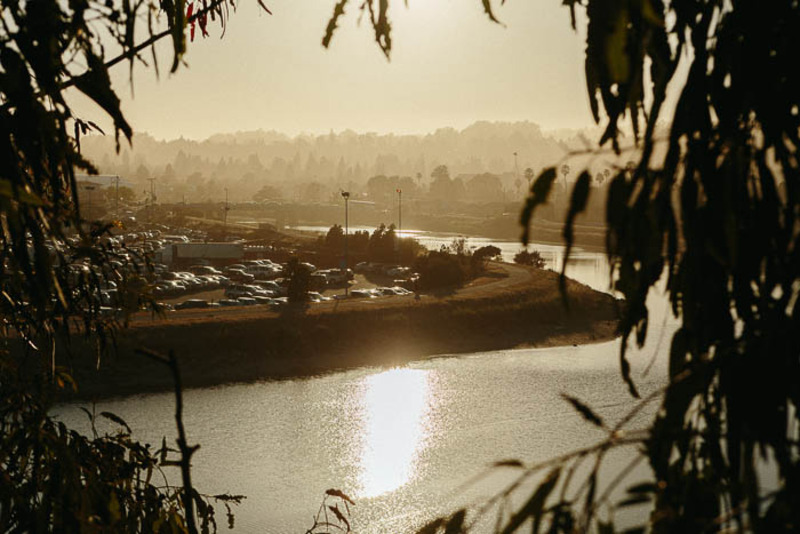 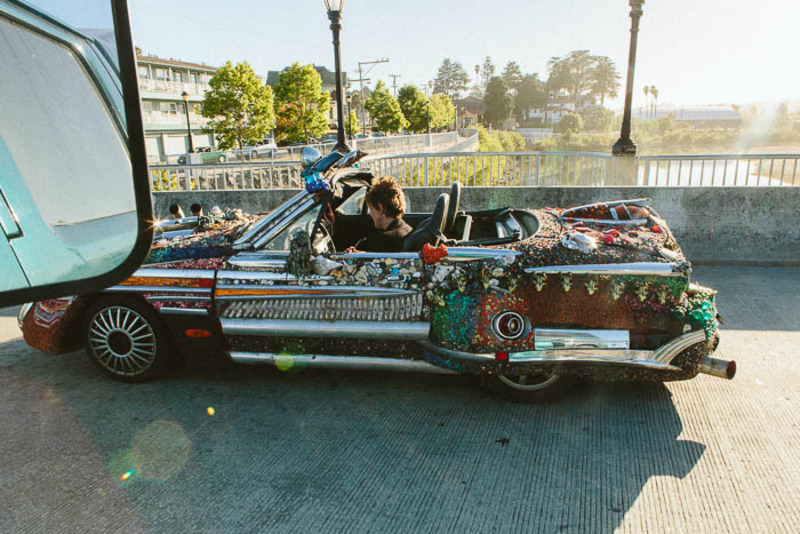 Our campground had an unusually strict dog policy that prohibited us from leaving Bulleit in the trailer, so we brought him along for our adventures. We quickly found out that the entire city of Santa Cruz has an unusually strict dog policy - he was not allowed on the Boardwalk (understandable), the main pier, the farmers market, or even the sidewalks of the downtown shopping district. Pretty much everywhere we went, we were met with a sign saying "No Dogs Allowed." 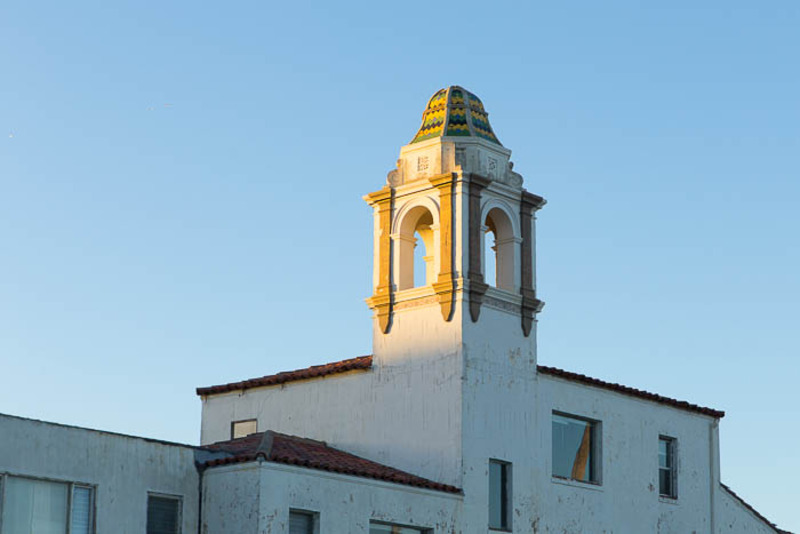 Being the rebel that I am, I defiantly stood outside Moon Zoom, a vintage clothing store downtown, with Bulleit while Laura browsed around. The 80's surf shirts weren't my style, but it seemed like a hip enough establishment with plenty of vintage duds. 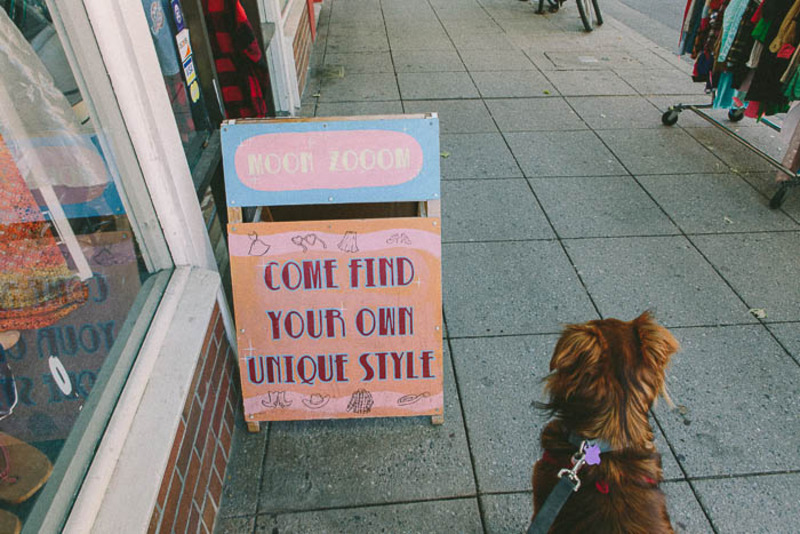 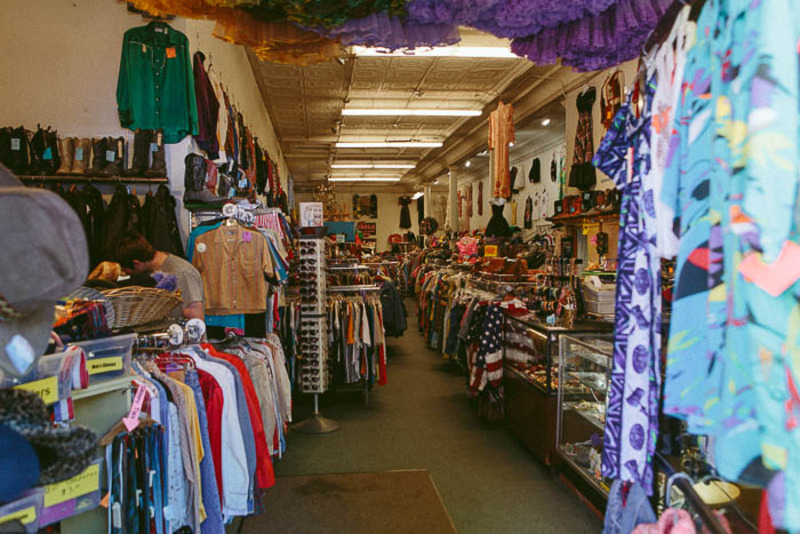 Our main attraction in Santa Cruz was the "jerky, old roller coaster on the beach." Having shamefully never ridden the Cyclone in Coney Island in the three years I lived in New York, I figured this was a good opportunity to make up lost ground in the roller coaster department. 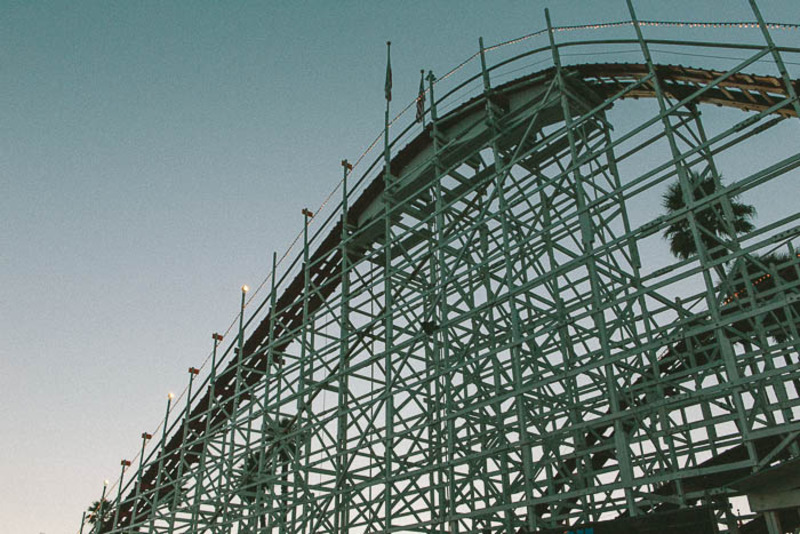 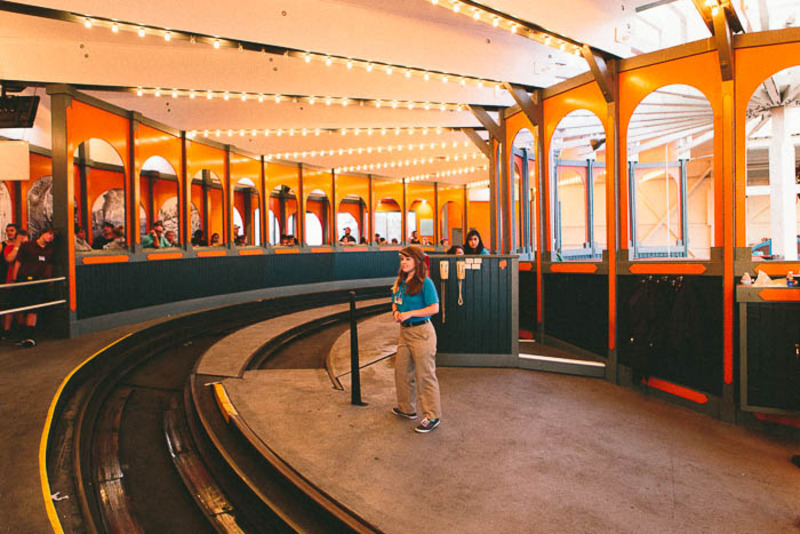 We met up with Laura's friend Kelsea and her boyfriend Zach, who all watched from below while I learned a lesson on how difficult filming with a full-sized DSLR is on a "jerky, old roller coaster."

Santa Cruz: The Giant Dipper from The Democratic Travelers on Vimeo.

Santa Cruz offers plenty of beach-side fire rings for folks looking to get into a good old-fashioned Californian campfire drink and jam session. We didn't have any musical instruments, but we did have beer. 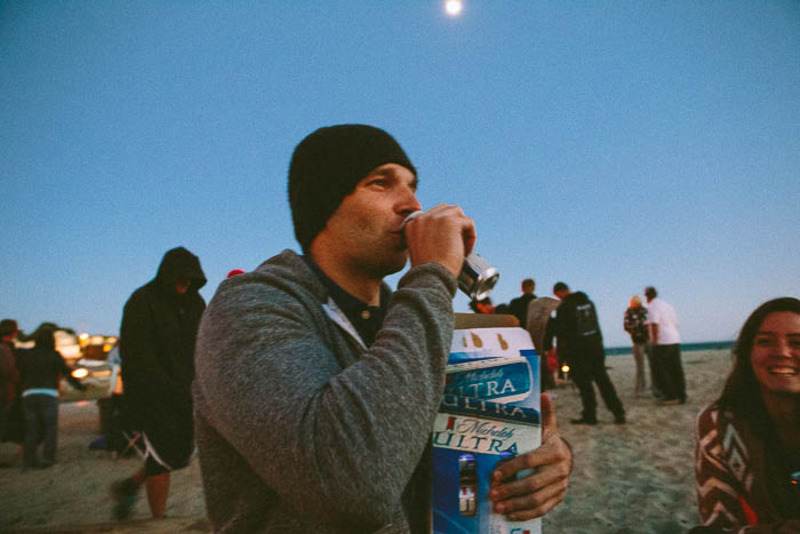 A large group of people appeared to be gearing up to vacate one of the fire rings, so we lurked nearby and started drinking, only to realize the group was very likely an Alcoholics Anonymous meeting. Whoops. 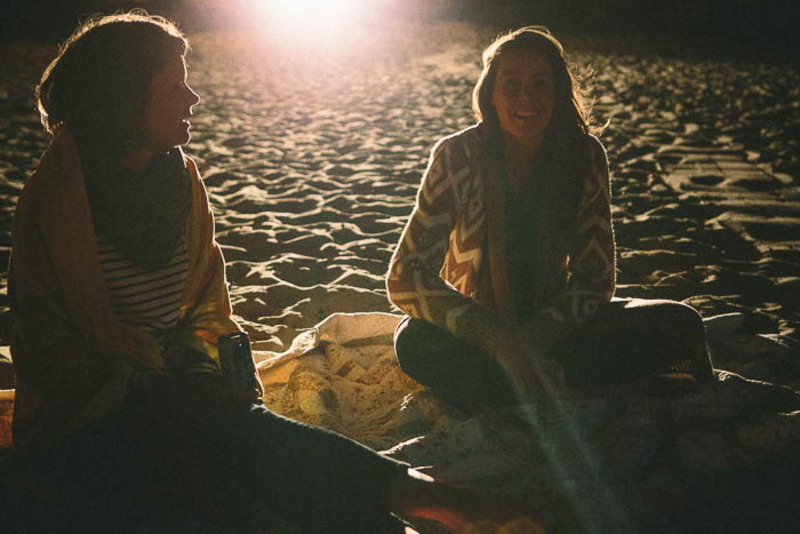 When it came time to leave, we all hopped back in the truck, only for me to learn another lesson: bald tires on beach sand makes for an immobilized vehicle. We were stuck in the sand, and spinning our wheels was only digging us deeper. Thankfully our insurance covered the tow truck fee, and as soon as they arrived 30 minutes later, we were free within two minutes. 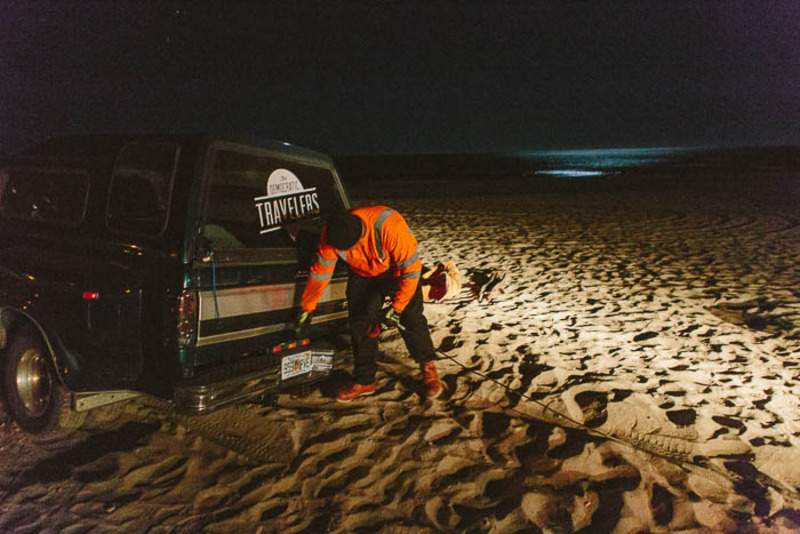 Despite the apparent dog-unfriendliness, Santa Cruz had the relaxed vibe of a city popularized by hippies that was now inhabited by the newest wave of bohemian youth, appreciative of the area's natural beauty and near-perfect weather. Its proximity to San Francisco keeps it just within reach of new-fangled technology careers, while avoiding the frantic bustle and commotion that comes with being within arms reach of Silicon Valley. 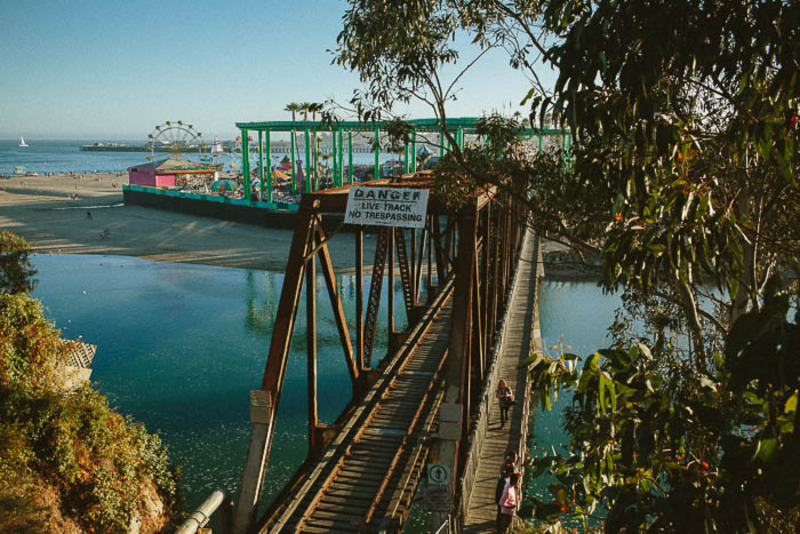 Special thanks to Allison (who suggested Vintage clothing...buy some and Ride a jerky, old roller-coaster on the beach) for making this blog post possible!