Falling Hard for the Pacific Northwest Yachats, OR

We'd been up nearly the entire California Coast and had heard excellent things about Oregon's edge; just as beautiful but less populated and a bit more chilly and foggy. After spending nearly a week away from the Pacific Ocean, seeing the deepest lake in the country and drinking some top-notch craft beer in Bend and Eugene, I was aching to get back to the coast.

So we headed to Yachats, Oregon. We both thought it was pronounced "yeh-chats" (like hatchets, but with a y), but we were quickly corrected. It's "ya-hots". Anyways. 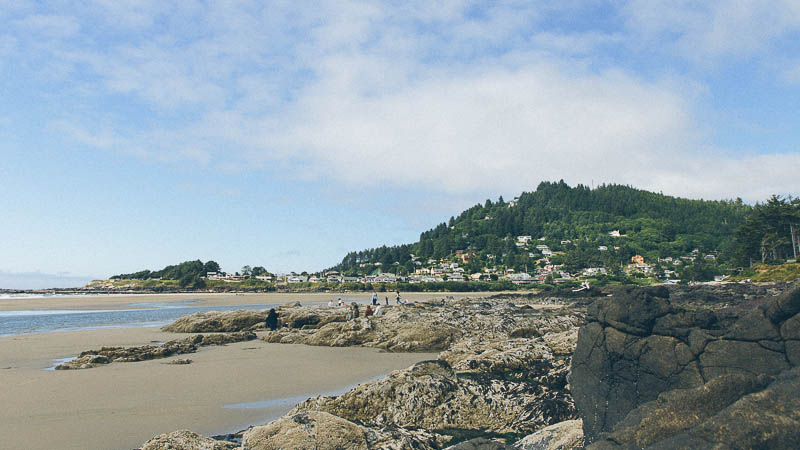 The town of Yachats, from the beach

We managed to find the most awesome campground a few miles north of Yachats on the Alsea River. When I say it was on the river, it was ON the river. Loretta backed right up to the Alsea, where we would end up watching the tide come in and out during the course of the day. The owners were extra friendly and accommodating; they even gifted us a bundle of firewood because they liked our website. Needless to stay, we ended up staying there a few more days than we planned. 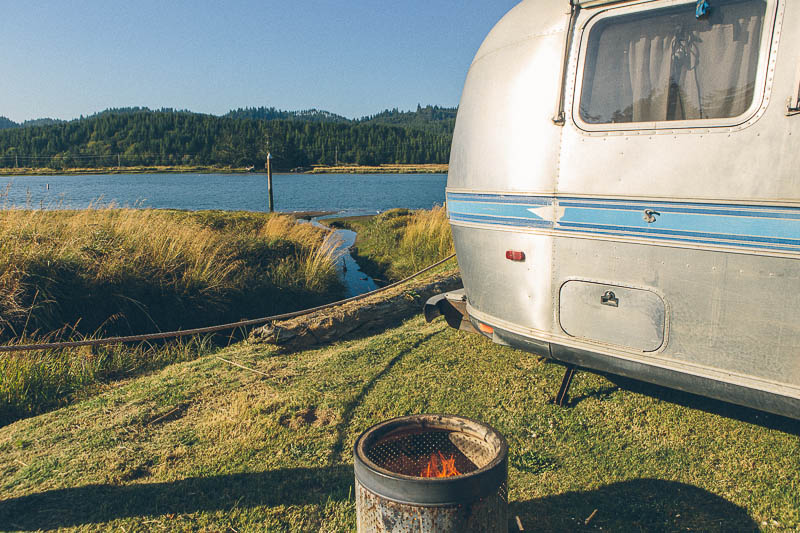 Our campsite. I still miss it.

The area seemed to be somewhat of a vacation destination for Oregonians, with beach rentals lining parts of the coast, but there was definitely a year-round community of locals and fishermen. Coho Salmon is the prized catch around these parts; we were told that in the fall, the salmon swim upriver to spawn and fishermen come from all over to catch these giant beauties. 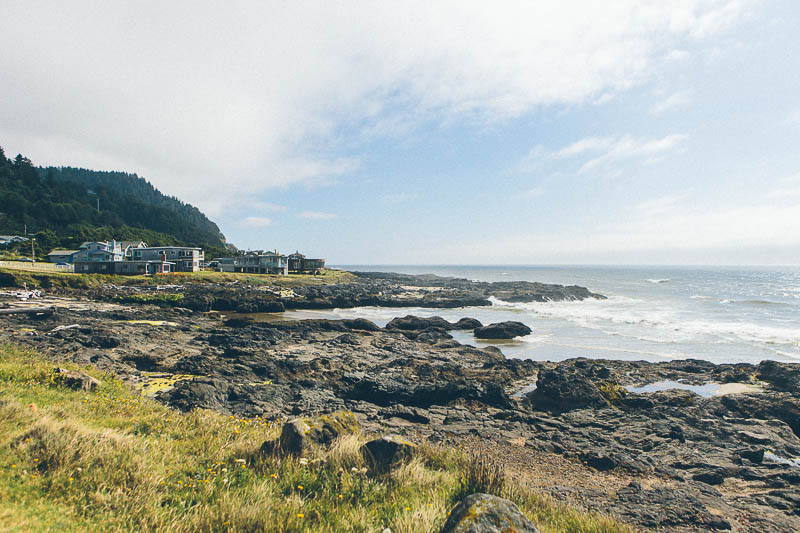 We went down to Yachats one afternoon to visit the Green Salmon Coffee Shop, which happened to have closed just half and hour earlier. Our Plan B turned out to be local craft beers, pimento cheese and chips from the grocery store across the street for an impromptu picnic on the beach. 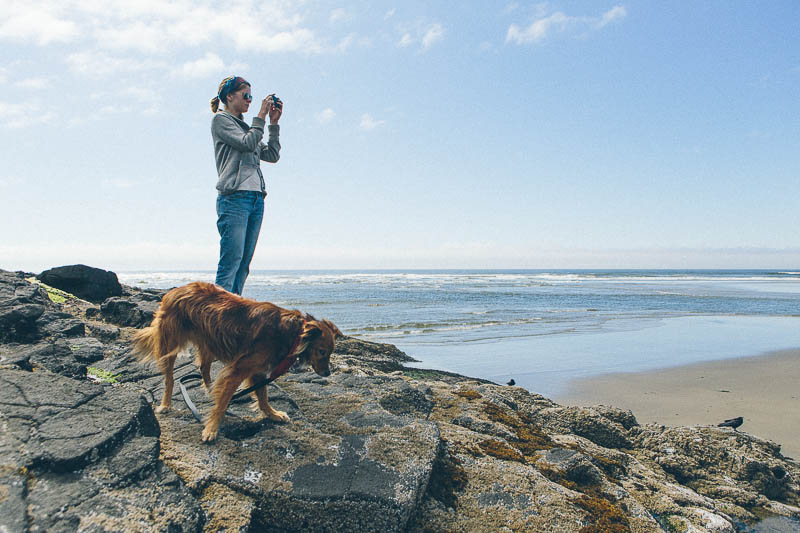 The tide was super low and we managed to find a large pile of rocks partially covered with neon green seaweed moss where we set up camp. We had a great view of the town, the ocean, the beach and were safe behind the rocks from the salty winds. 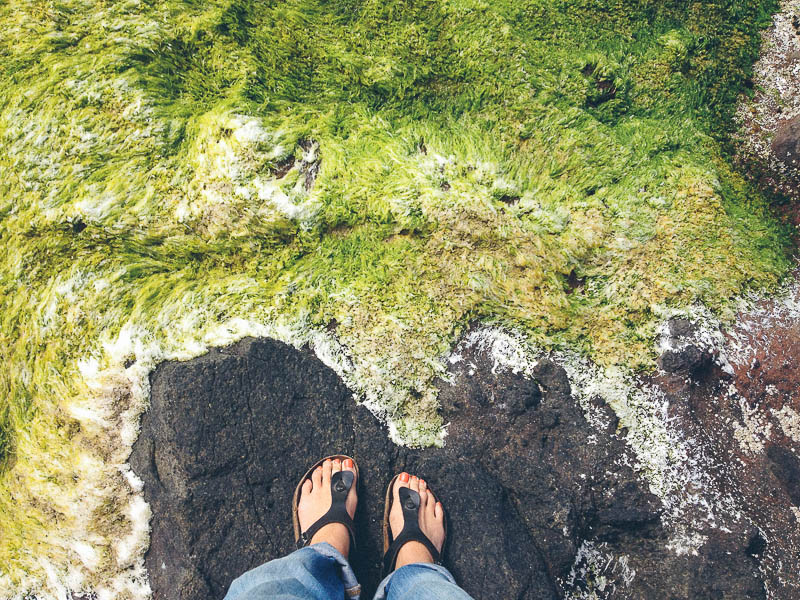 The next morning we headed back to the Green Salmon for Sunday brunch. A relaxed coffee shop that roasts their own beans and makes some mean breakfast, we discovered the Green Salmon is very popular breakfast spot after standing in line for a solid 20 minutes. Totally worth it. Once we ordered, we brought our mixing bowl-sized coffee mugs outside to a picnic table that was drenched in warm sun. John wolfed down his egg and sausage sandwich and I savored my lox and bagel platter with matcha cream cheese. So flavorful and fresh, it reminded me of being back in New York, but was very distinctly Oregonian. 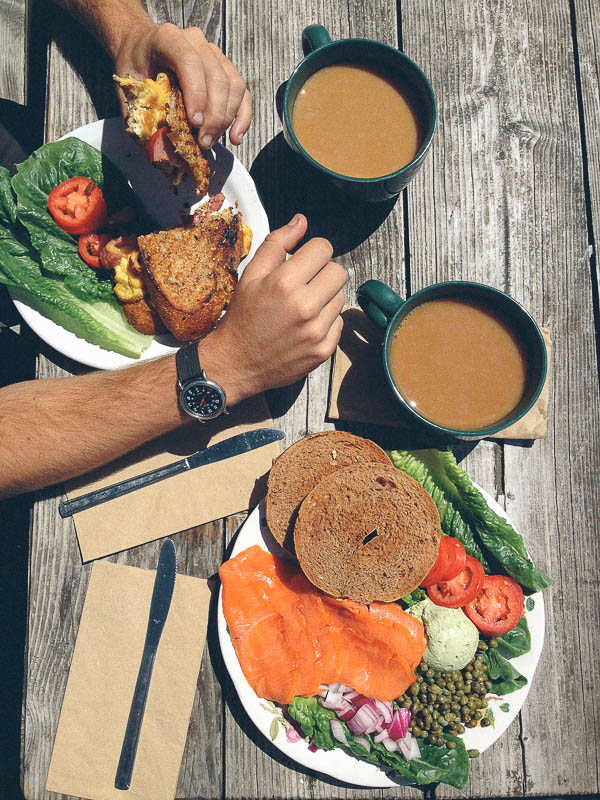 We ate way more than our stomachs could handle and spent the rest of the day lazing about our picturesque riverside campground. A campfire and grilled dinner rounded out our very weekend-y Sunday. 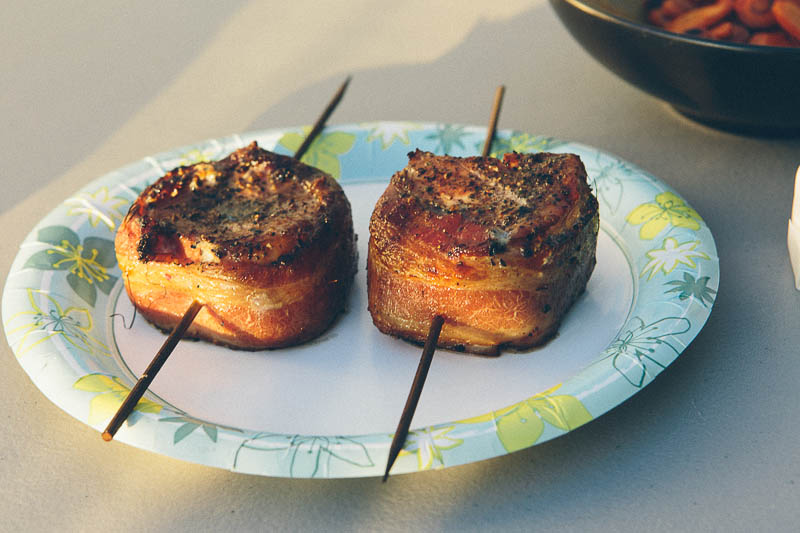 We were reluctant to leave on Monday morning, but happened to wake up at dawn to look out the window and see the most photogenic fog settled on the river. John dressed quickly and ran outside with his camera, only to spend the next hour photographing the hauntingly hazy river. I sleepily made my way outside to get my own photos and a few #myboyfriendthephotographer shots before returning home to make some much-needed coffee. 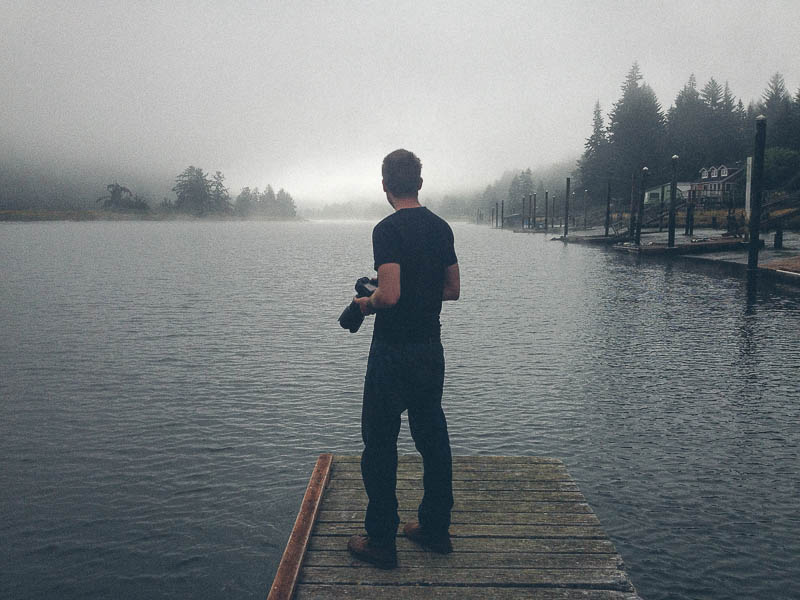 Like I said, we were reluctant to leave Yachats and our perfect river spot. We fell in love a little bit with the people, watching the tides rise and sink, the fog and the Oregon Coast. It's a spot we'll make sure to visit again. 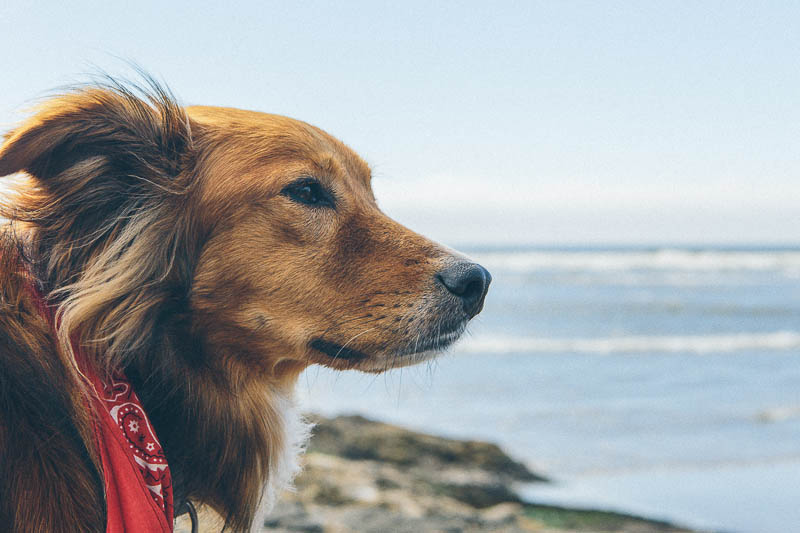 Special thanks to Brennan (who suggested Go to the Green Salmon) and Olivia H. (who suggested All of the Oregon Coast. We spent 6 week the first time we went to Oregon.) for making this blog post possible!