Just outside of Colorado Springs is a park of massive red rock formations, which as the poet Helen Hunt Jackson put it, have "a strange look of having been just stopped and held back in the very climax of some supernatural catastrophe."

There isn't much to say about the Garden of the Gods - it's a public park that houses a series of red rock formations that are the result of upheaval along a fault line that runs right through Colorado Springs. According to Wikipedia, two surveyors were scoping it out in 1859, and one of them thought it would make a great place for a beer garden. The other disagreed:

Beer Garden! Why it is a fit place for the gods to assemble. We will call it the Garden of the Gods.

And with that, we'll let the photos tell the rest of the story. 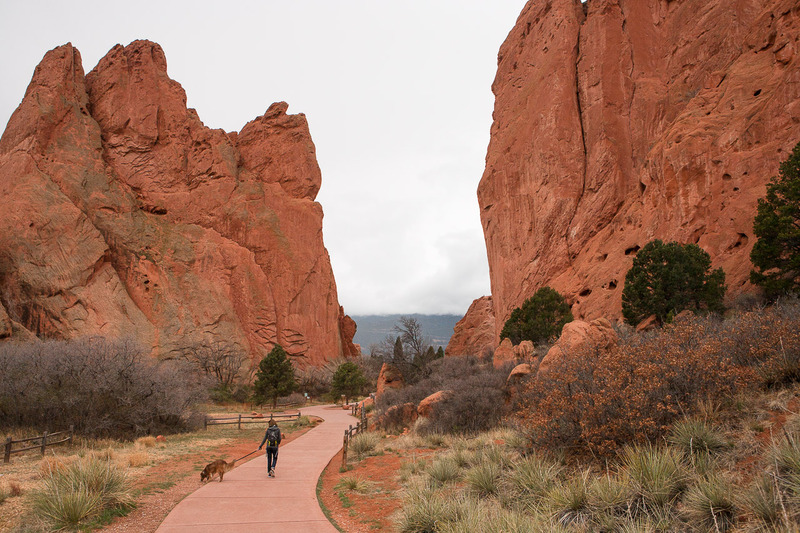 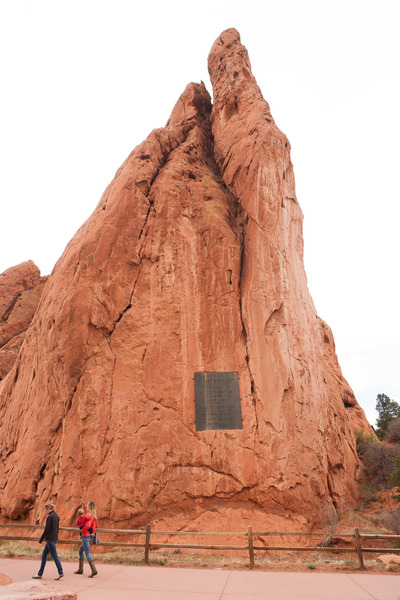 'The Garden of the Gods. Given to the City of Colorado Springs in 1909 by the Children of Charles Elliott Perkins in fulfillment of his wish that it be kept forever free to the public.' 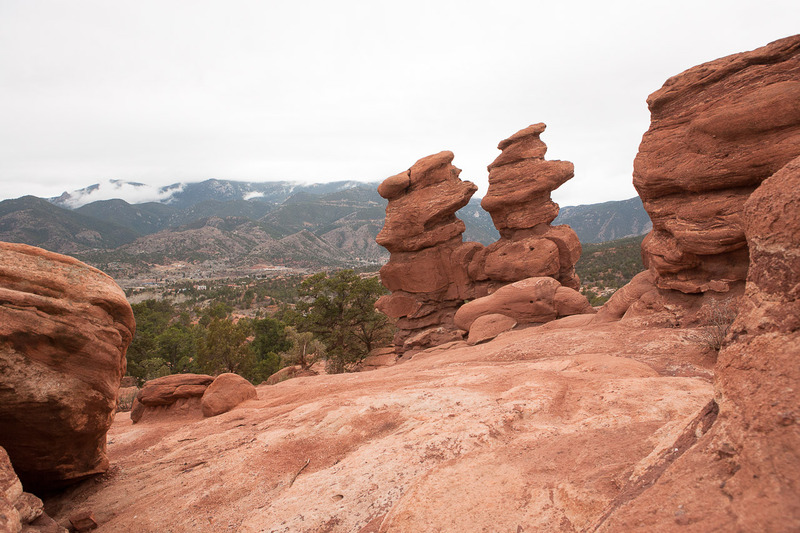 The impending rain obscured our view of Pike's Peak. 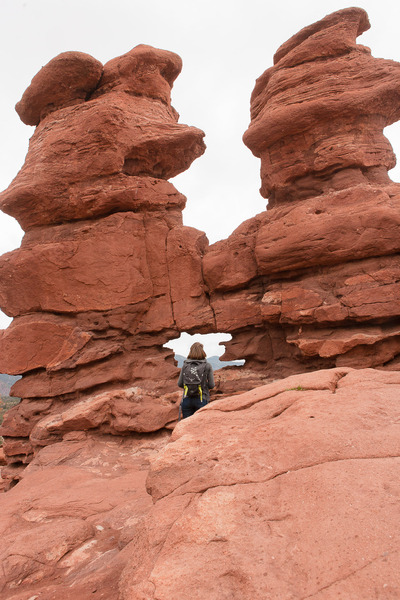 Pike's Peak is normally visible through this window.