L.A. Couldn't Get Into It

Having spent 99% of my life on the East Coast and having a distaste for reality TV, especially the kind that involves "Hollywood" types, I was already prepared to not like L.A. But I was also determined to give it a fair shot, and not let my prejudices ruin would could potentially be a great time. 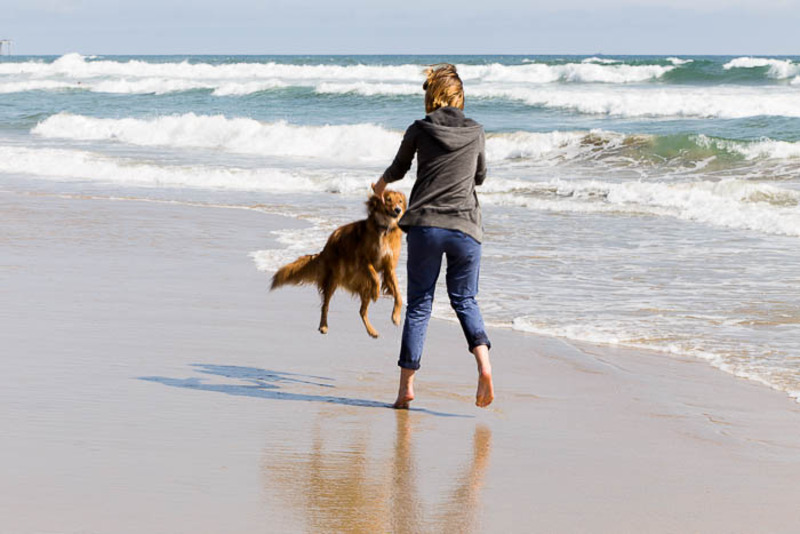 Bulleit and Laura clearly having an excellent time at Huntington Beach

Our first stop, still high on the thought of escaping the Vegas heat, was Huntington Beach. It was exactly what I pictured southern California beaches to look like, except for the giant billowing factory that was directly across the street. Thankfully the dog park was up the road a bit, so we didn't have to see it. Instead we were graced by the corpse of a dead seal washed up on the shore right in front of a family camped out with beach chairs and umbrellas. But we had enough fun coaxing Bulleit into the ocean for the first time in his life that it didn't bother us. 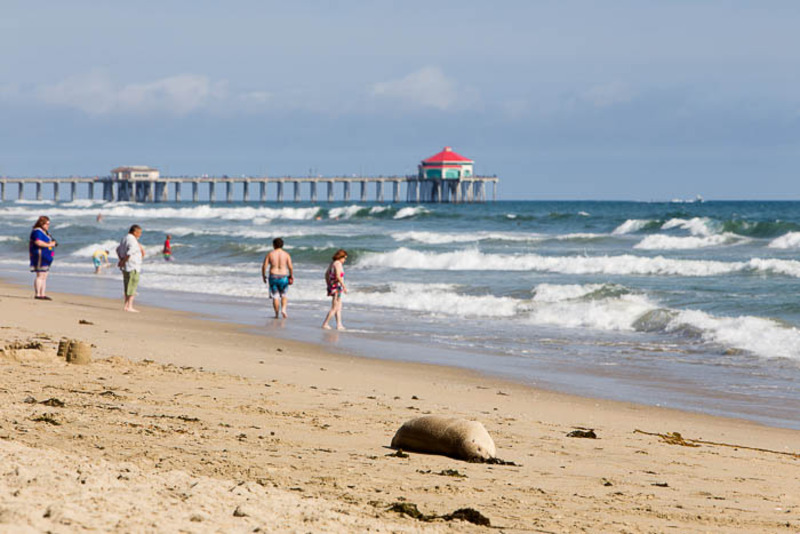 Washed up dead seal that no one was doing anything about...

The next day, we decided to check out one of the three suggestions we had for L.A. - the Din Tai Fung Dumpling House in Arcadia. We figured it would be a perfect time to sit down with Ibarionex Perello, who had asked to interview us for his podcast, the Candid Frame. The soup dumplings were great, and so was the conversation. We ended up recording inside the truck in the parking lot - a first for Ibarionex. 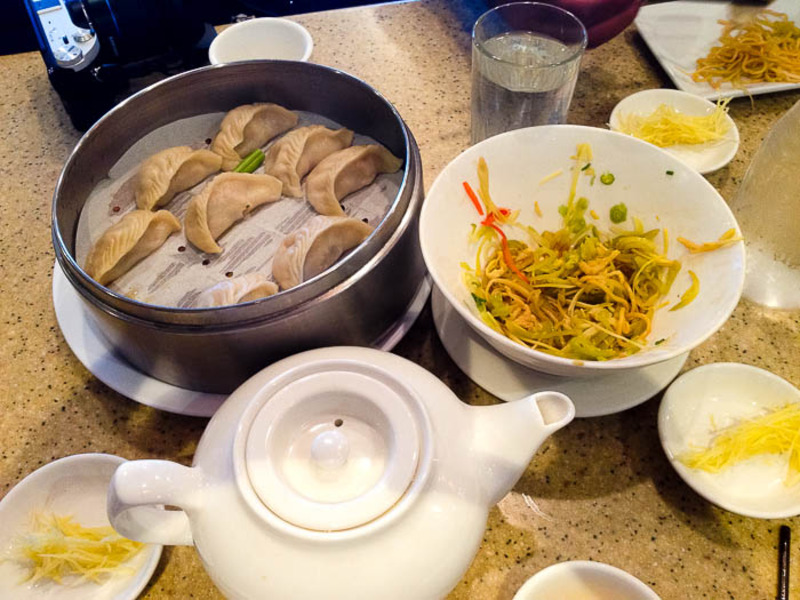 Having waited in line for 30 minutes to get the dumplings, we were now running a little late to meet up with the guy who suggested the Dumpling House, Laura's friend Aaron. We met him at a fancy coffee shop near downtown in some industrial-turned-art-and-tech district, and he invited us to check out the office of the company he works for, which happened to have a great vintage Airstream inside that served as the conference room. 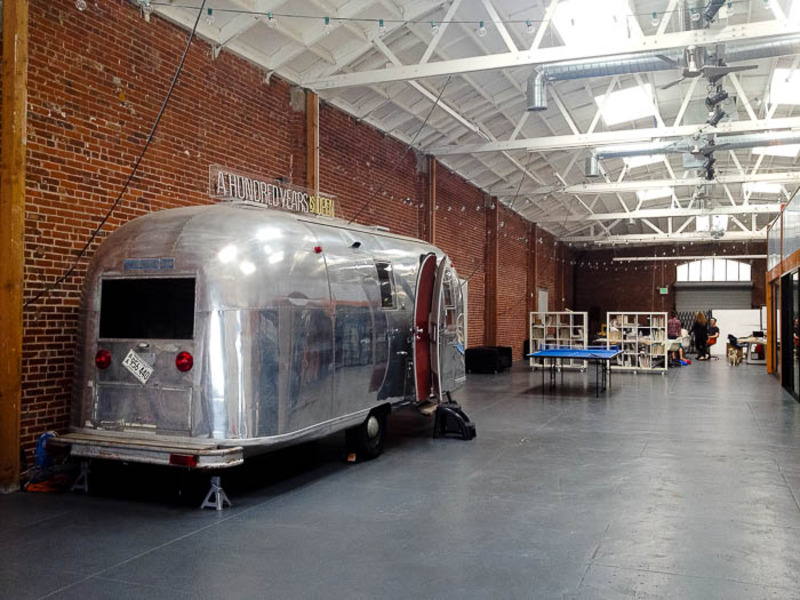 Thanks for the office tour Aaron! P.S. Sweet Airstream.

After saying goodbye to Aaron, we decided to drive through downtown, despite not having any real destination in mind. Of all the streets we could have turned down, we managed to find Skid Row. I used to work on the Bowery in New York City, which was once considered to be the Skid Row of the East, but had already been gentrified by the time I started working there. As we cruised passed the hordes of homeless people who were either standing around, fighting or digging through trash, I was now understanding what people back east meant when they described the old Bowery to me. It was intensely uncomfortable, so we just went back to the campsite. 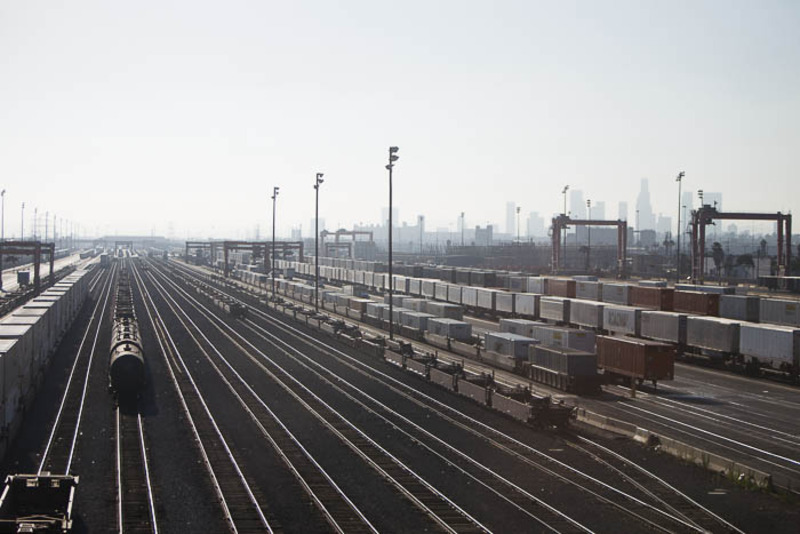 On our last night in town, I made sure to fulfill a promise to my long-time friend Trevor that we'd come and visit when we made it out to California. We drove down to Laguna Hills and Trevor and his lovely wife Franchesca took us out to their favorite BBQ place. We traded stories from our trip with insight into what it's really like to live in L.A., caught up on life happenings, and chowed down on some slow cooked pork. 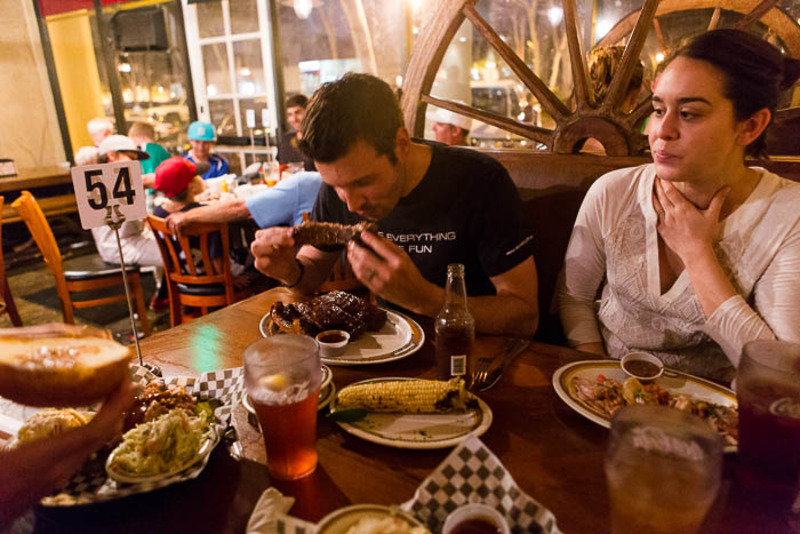 Chowing down on BBQ

When the time came for us to leave we were really excited to finally hit the Pacific Coast Highway. From the very get-go, cruising through Mailbu (windows down, naturally) we got a taste of what was to come as we worked our way up towards the rest of California. 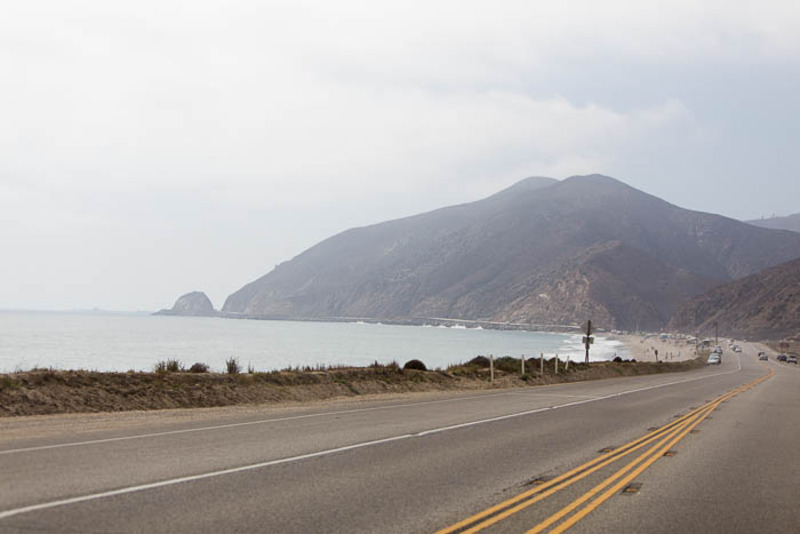 Driving up Highway 1 through Malibu

A few other LA highlights:

We camped at the Orange County Fairgrounds. It was weird. 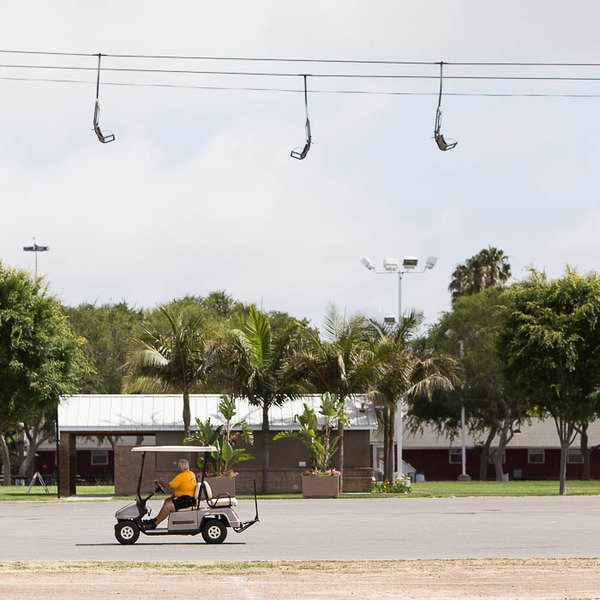 We had our first In-N-Out! Soooo gooooood! 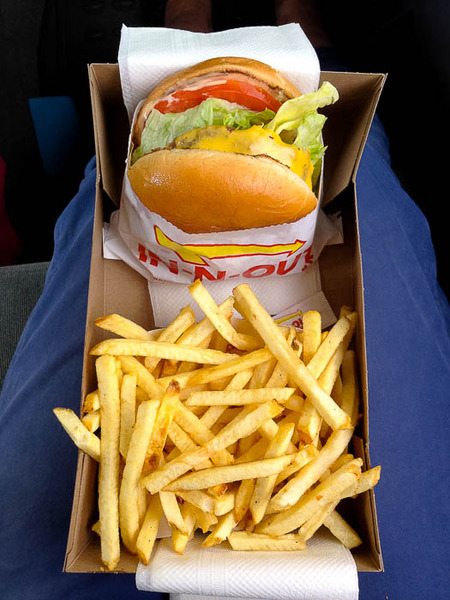 We wandered about and grabbed a snack at Broome Street General Store, a great little boutique/cafe in Silverlake. The woman who owns it used to live on Broome Street in NYC (Laura first NYC apartment was on Broome Street) and has a well-curated selection of products from her old neighborhood. 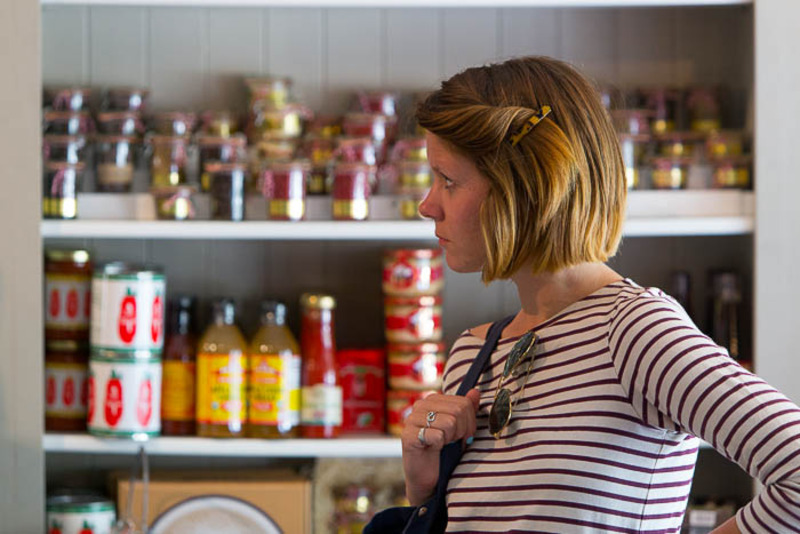