I'd always heard that San Diego had some of the best weather in the country: sunny and mild all year round. Having melted our faces off in Las Vegas, southern California seemed like the ideal choice for an escape from the heat of the Southwest.

On top of that, I was reaching yet another major goal for this trip: California itself. I had never been in my entire life, and that notion was something that helped inspired the trip in the first place. And the icing on the cake was that we would get to meet up with Paul Potash, a fellow former assistant to Jay Maisel (my old boss). 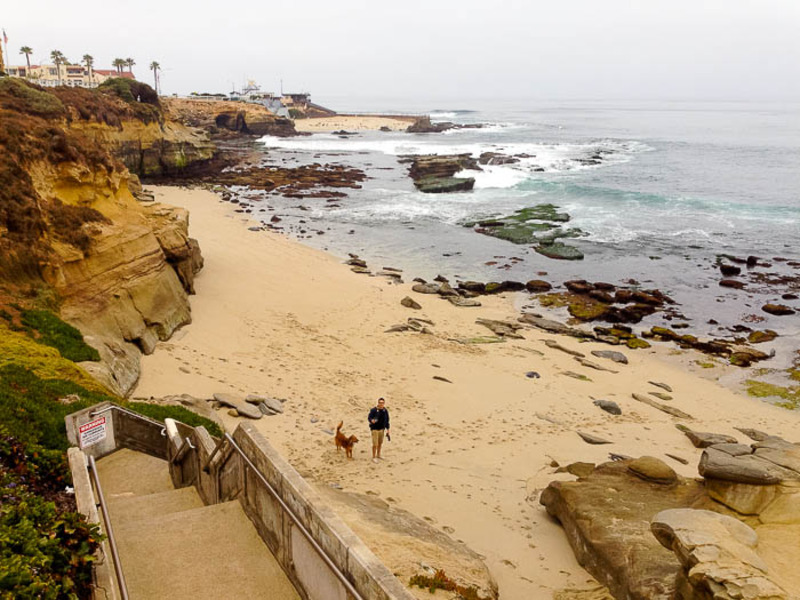 John and Bulleit's first time in the Pacific Ocean

Paul had suggested that we check out the minus tides that occur in La Jolla cove. A minus tide is a tidal cycle where the water recedes more than it does during an average low tide. The consequence of this is that the rocks and life that are normally under the surface of the water, even during low tide, are exposed and visible. Naturally the next minus tide we'd be able to see was to happen around sunrise. We hadn't had any reason to wake up so early before, but seeing the California coast for the first time ever seemed to make it worth the effort. 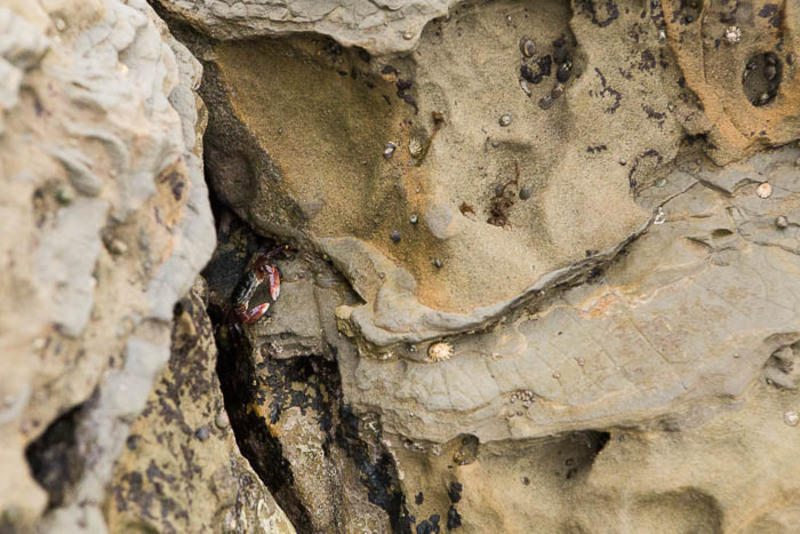 All kinds of sea creatures are exposed during the Minus Tides

We made it out to the cove in time to see the grey sunrise and the sea creatures and alien surface of the rocks that lie just below the water. The beaches are dog-friendly at that time of day, so we got to show Bulleit his first beach experience. But by the time we finished and the tide was coming back in, it was only 7:00am and we were ready for breakfast. Being only a few miles from Mexico, we had a hankering for some good California tacos. 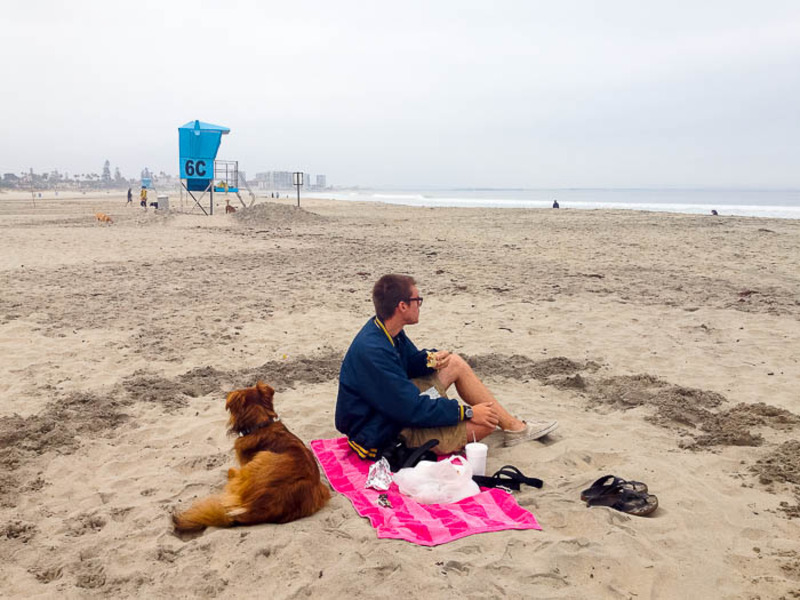 Fish tacos at 7:30am on the dog beach on Coronado Island

We found a place that was open at 7:00am and picked up some tacos to go, and headed for Coronado, an island just outside San Diego proper that reminded me of Palm Beach and it's relationship to my home town of West Palm Beach, in Florida. It was full of nice houses and even had a grand old hotel just like back home. But more importantly for us, it had another dog-friendly beach we could visit and sit down to eat our tacos.It turned out to be right next to the large Navy base that resides on the island, and was covered with flies. Thankfully the tacos were delicious and made up for it. 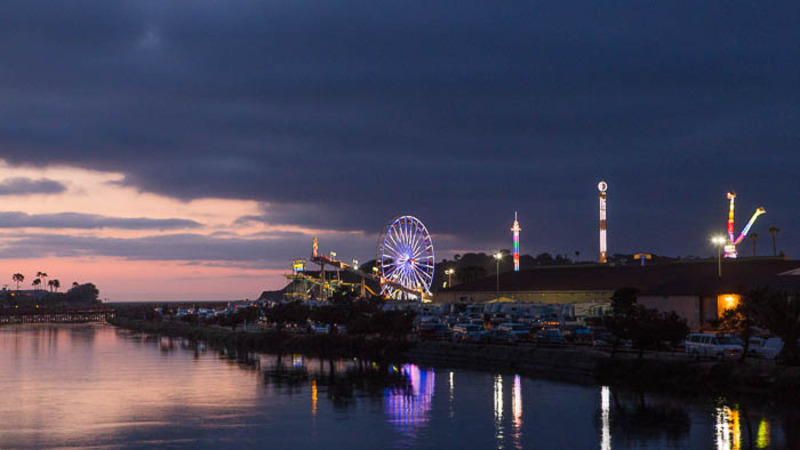 While a friend of mine had suggested the San Diego Zoo, which is apparently world-class, it's also $45 per person, and we couldn't afford to spend $90 on a day at the zoo (sorry Lyncel!). Instead, we found out that the county fair was happening just up the road in Del Mar. With not much to do one night, we decided to go see what kind of inventively unhealthy food options we could find. We found the bacon stand. And deep fried chocolate chip cookie dough. 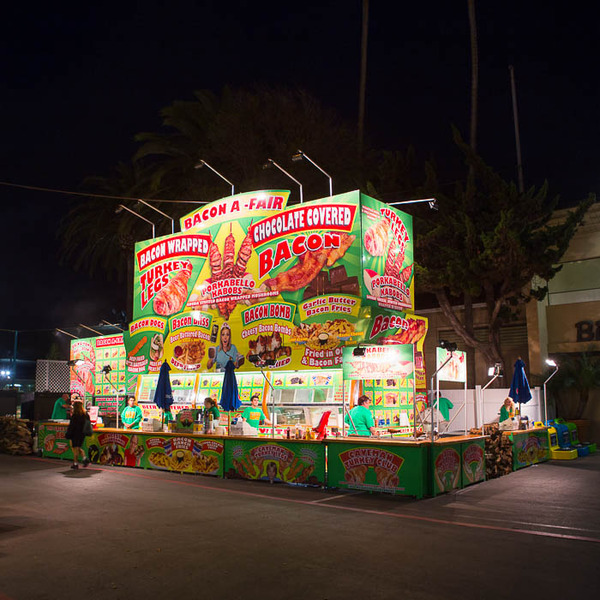 BACON EVERYTHING! A dream come true. 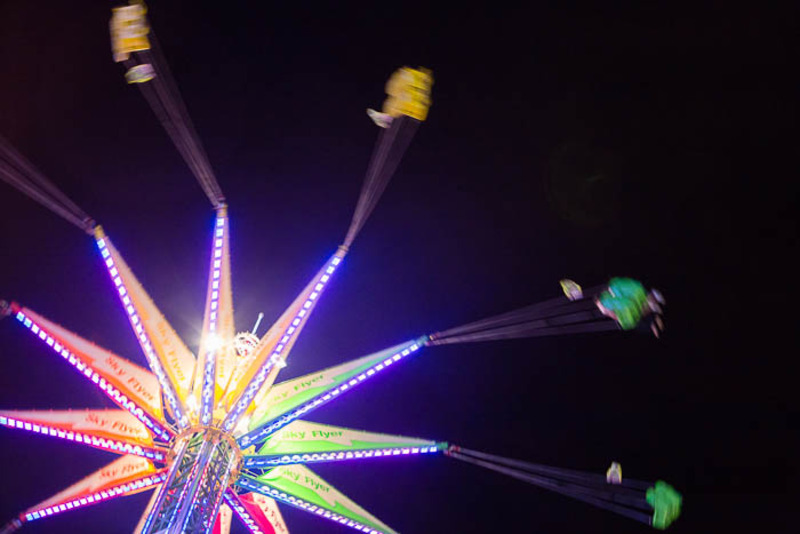 A few days later, we had an invitation to have dinner with Paul and his wife Marianne. But with a whole day to kill beforehand, Marianne, who is part fish, offered to give us a surfing lesson. Laura and I had each tried surfing once in our lives, but now we'd have an opportunity to dive into the full SoCal life and give it another shot. We happened to hit the waves on a day unusually clear of the normal "June Gloom" that clouds up coastal mornings. The water was warm, and the waves were just big enough to make learning possible without being too difficult. 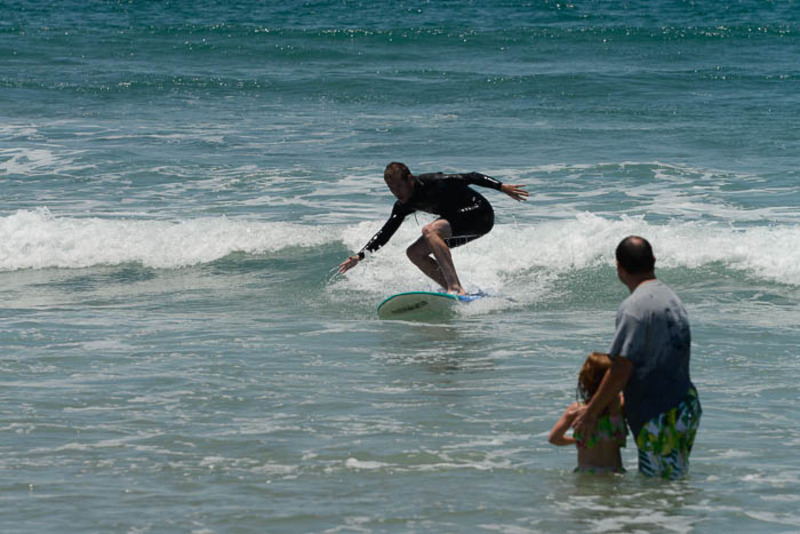 Taking turns switching between the long board and the shorter board, Laura and I paddled in front of wave after wave, often getting keen advice and a helpful push from Marianne, until eventually we each were able to stand up and ride. Thankfully, Paul hung out on shore with his camera and was able to document the momentous occasions for us. 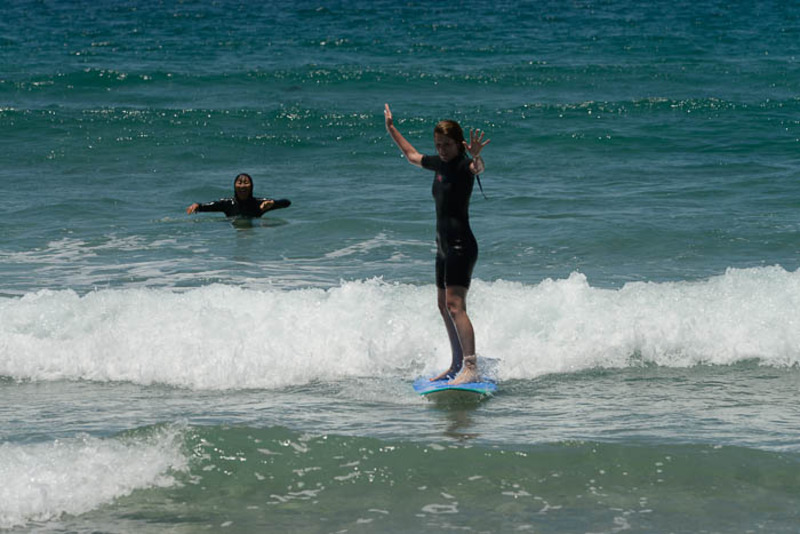 After a successful but exhausting morning of surfing, we didn't see much point in driving all the way back to our campground, so we spent the afternoon walking around downtown La Jolla, just a few blocks from the Potash family home. We were still amazed at how much better the weather was than that of Vegas a few days prior, so we spent the day outside eating ice cream and drinking iced coffee to keep our surf-induced exhaustion from defeating us before dinner. 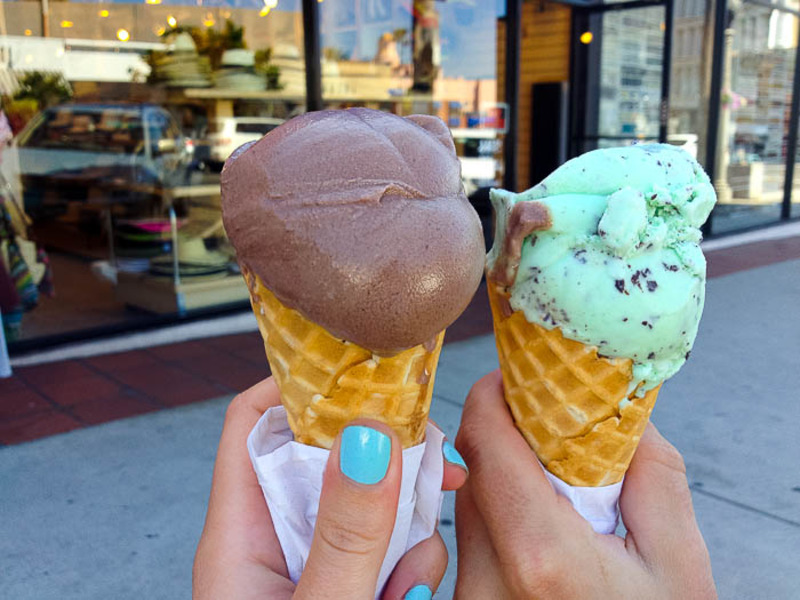 Dinner was fantastic spread of salmon, soup, salad, and great conversation with the Potashes and their other dinner guests. It was a perfect way to cap off our visit to San Diego. Without Paul and Mariann's hospitality and advice, my first impressions of California would be much less exciting, and our time there much less memorable. 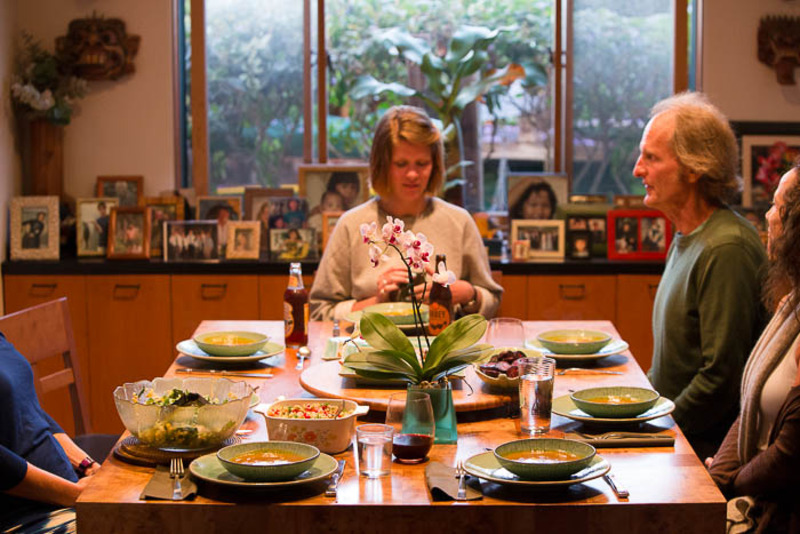 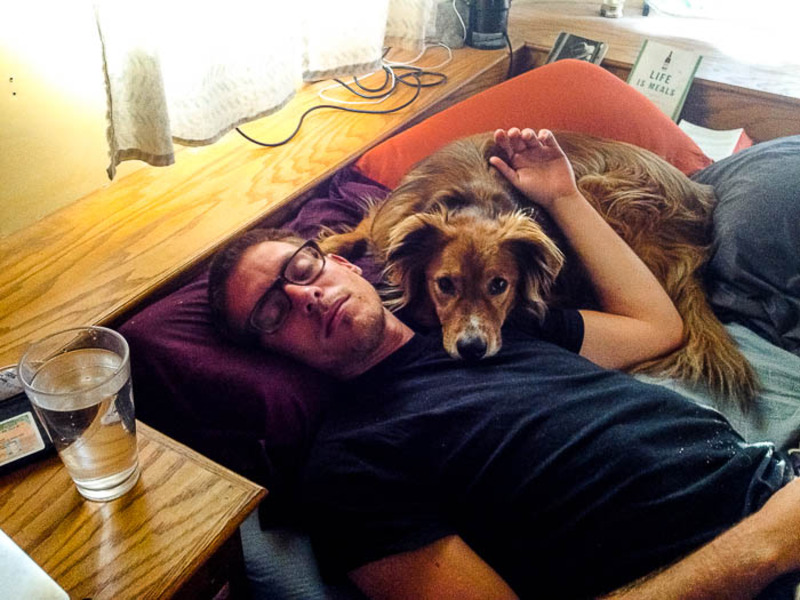 Exhausted after a long day of exploring, surfing, good food and good people.

Special thanks to Paul p. (who suggested Experience minus tides, go over to the Potash's for dinner) and Lyncel F. (who suggested Leash free fun) for making this blog post possible!