Our Week of "Freedom" Whidbey Island and The North Cascades

Once we left Seattle, we had ten days to kill before meeting up with the Airstream caravan in northeastern Washington. We didn't have any suggestions between the two, so for the first time since February, we had the freedom to decide where we were going to go! It was completely crippling. 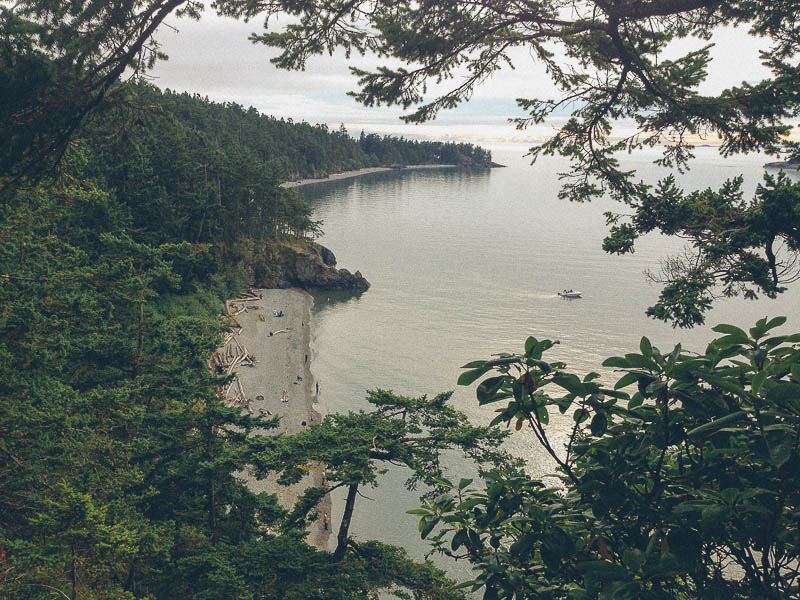 I'm terribly indecisive, which is why crowd-sourcing our itinerary is so great. After days of going back and forth, I finally settled on Whidbey Island for a few days then over the North Cascade Mountain Range to Winthrop, WA. 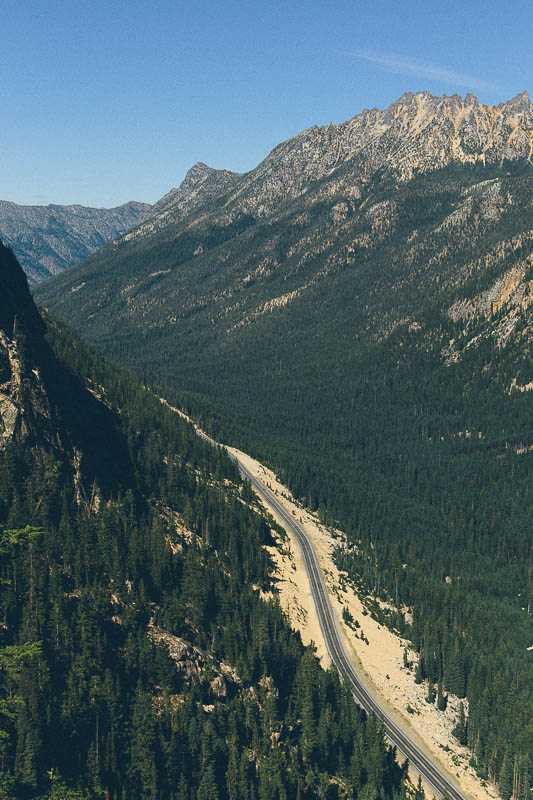 We made it to a campground near Deception Pass State Park on a dark and rainy evening. We quickly set up camp and curled up on the couch to relax for the night when we heard a deafening roar overhead. It sounded like a rocket launching next door. Turns out, there was a naval air station nearby and they frequently conduct training missions…at 10 o' clock at night. Nothing like the "sound of freedom" to put you to sleep… 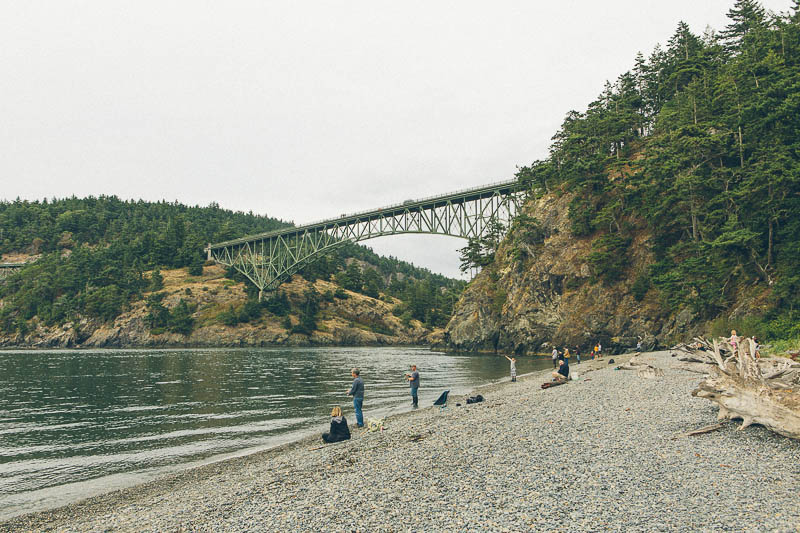 One grey afternoon, we went on a short hike down to the rocky beach at Deception Pass. We were surprised at how many people were hanging out on the beach, which sits just below Deception Pass Bridge. Most were fishing along the shore. It's one of those times I wish I had a fishing pole…and knew how to fish. John likes to poke fun at me for wanting a fishing pole, but joke's on him. He won't be getting any of the delicious fish I'm going to catch. 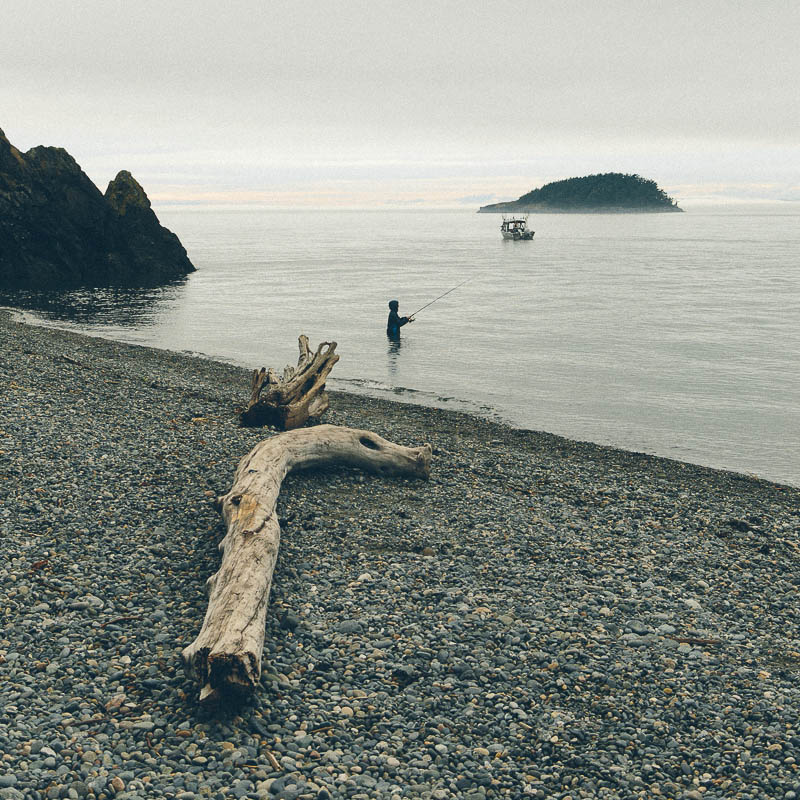 That'll be me someday...

We hiked back up and walked to the middle of the bridge, where we caught a glimpse of a pastel sunset just on the horizon, flanked by lush, mountainous islands that dot the bay. 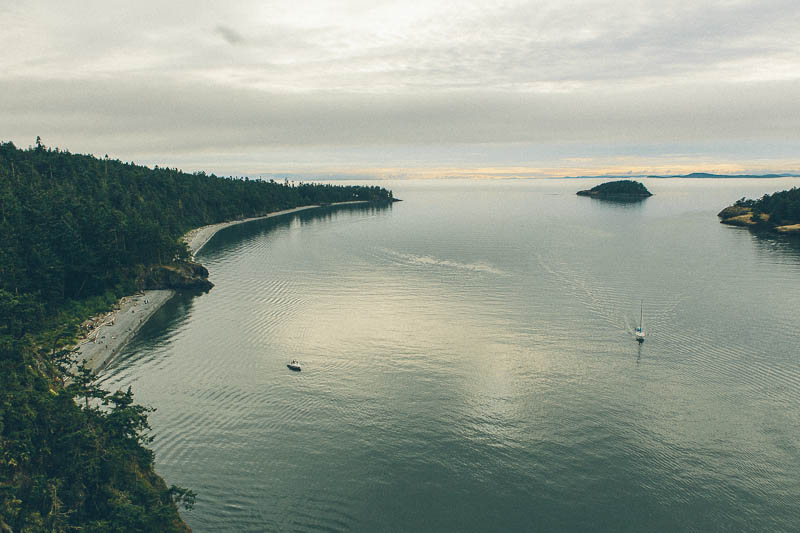 View from the bridge

I never knew much about these mountains, but by the time we had driven through them, they were my absolute favorite mountain range in the United States. With its dramatic and rugged peaks, steep valleys, plentiful waterfalls and electric turquoise waters, the North Cascades blew me away. 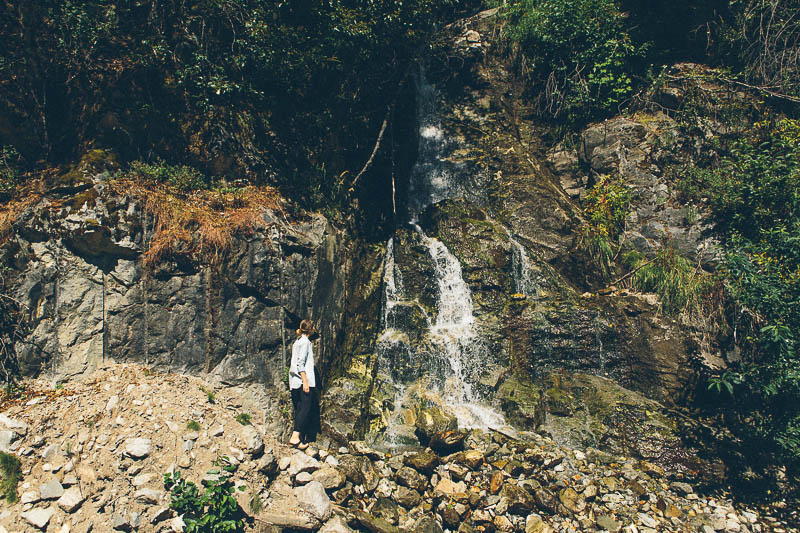 The most breathtaking was Diablo Lake. Because most of these valleys were formed by the slow wearing away of rock by massive glaciers, the grinding of rock against rock produce this superfine silt that flows into the lakes and suspended in the water, makes this incredibly milky, mind-blowingly turquoise color. Almost a color that shouldn't exist in nature. But it does. And it's awesome. 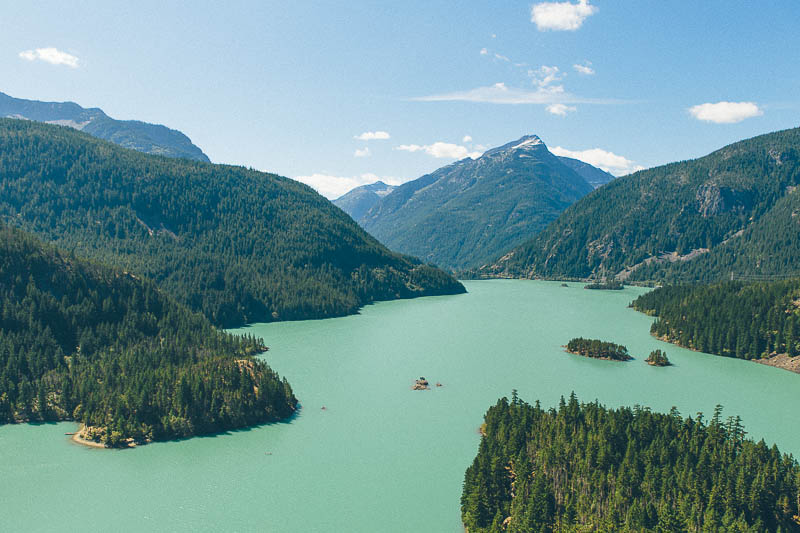 You can buy this print on our Society6 shop

There was a campground on the shore of Diablo Lake and we saw people kayaking through the waters. I want to swim in that lake someday. I don't care how cold it is (probably super freezing!), I will swim through Diablo Lake's insanely colored water. 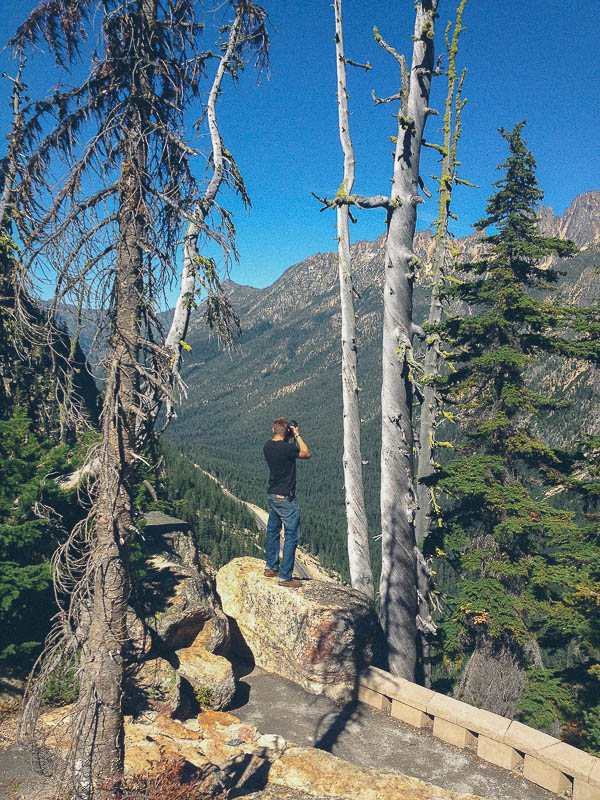 Because I had no idea what to expect from the North Cascades, I didn't know that I would want to spend much longer than an afternoon driving through them. But now that they're my favorite, we'll be spending a good long while hiking, camping, mountaineering, swimming and exploring all over the North Cascade mountain range next time around.