The Kindness of Strangers Winthrop, WA

We just finished setting up camp on the hill above Main Street in the frontier town of Winthrop, WA. After a long afternoon of driving through the winding roller coaster roads of the Northern Cascades we were very thirsty for a beer.

We had gotten into a habit of seeking out local microbreweries, which wasn't exactly difficult in the Pacific Northwest. It didn't take long to find the micro-est of breweries in Winthrop; it was housed in the smallest old red school house at the end of Main Street. 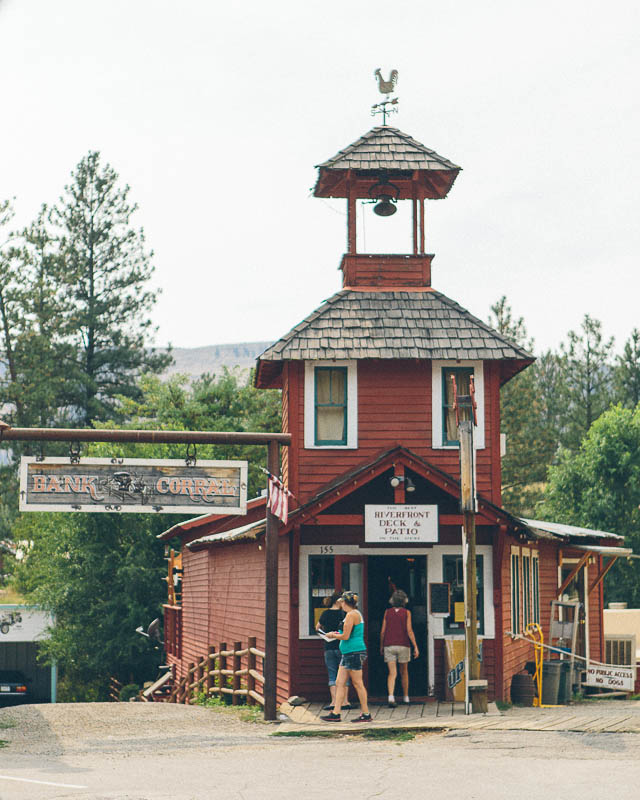 We walked towards two empty seats at the bar next to three people our age eating burgers and sipping pints. After seven months of 65-year-old campground neighbors, we always get excited about young people. We asked if they were taken, they said no, we sat down.

Once we ordered a couple of IPAs, a conversation was struck up with our young bar neighbors. I forget who said what to get things kicked off, but I think it was something along the lines of John asking "What are you guys doing here?" Not with any kind of accusation, but in a town of around 400 people how did these "hipsters" wind up here? 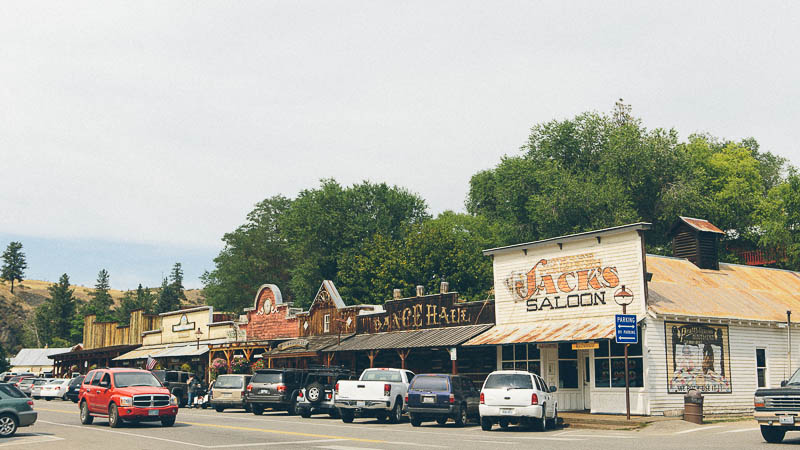 We learned that Chris, a recent Brooklyn transplant, was managing the bookstore down the street that his parents bought a few years back. Marc was Chris's half brother, visiting from Seattle for the week. Ashley was Marc's girlfriend, also visiting. Despite being very small and very remote, Winthrop draws lots of seasonal vacationers from Seattle and young artistic types who come for the recreation and the natural beauty of eastern Washington.

John's birthday was the next day and we were planning on checking out some of the area's swimming holes. Locals always know best, so I asked if they knew of any good spots. They rattled off a few favorites, but they had planned on doing the same and insisted we join them. 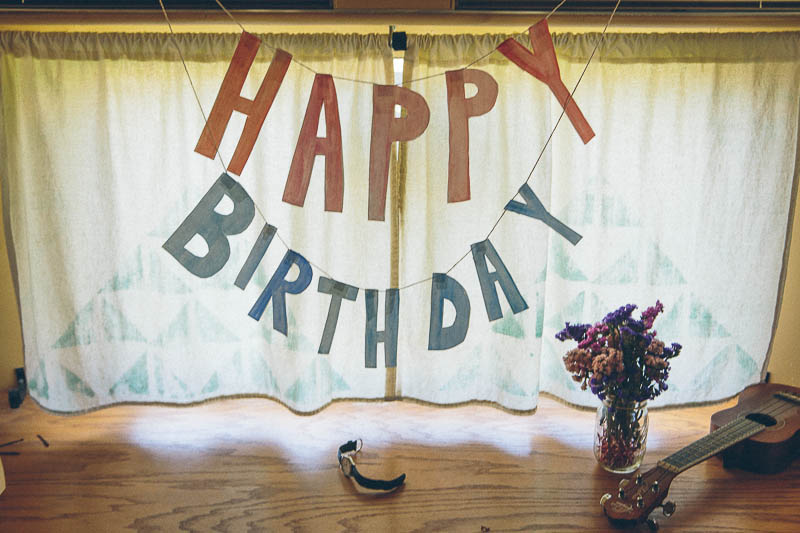 So after birthday breakfast the next morning, we swimsuited up and met Marc and Ashley at the bookstore. We grabbed snacks, beers and inner tubes, threw everything into the back of the truck and followed Marc's directions to the best swimming holes in Winthrop. 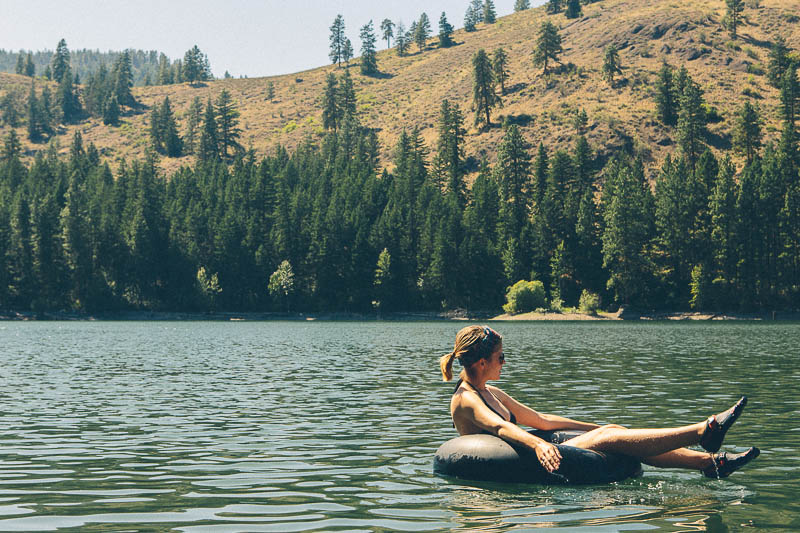 We spent the day braving the icy waters of a hidden swiftly-moving river, lazily treading water in a peaceful lake, chickening out of a terrifyingly steep rope swing, paddleboarding from one side of the lake to the other, and trying to get Bulleit to get over his fear of swimming. 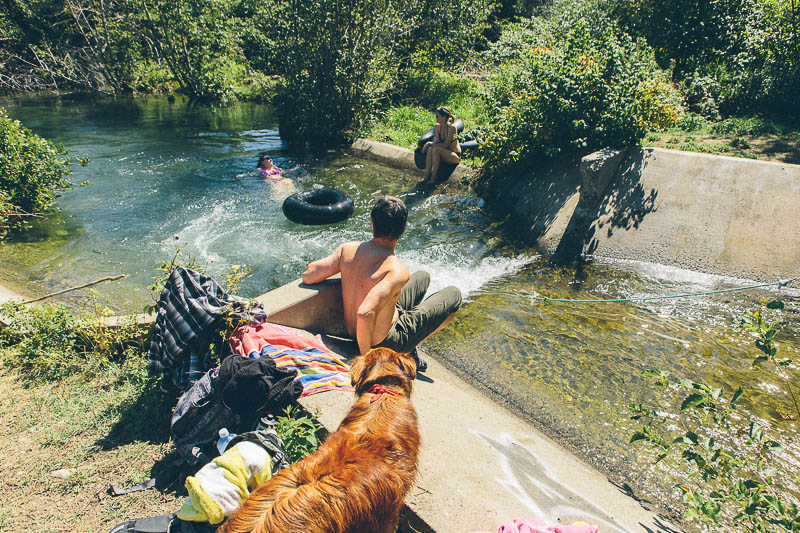 Considering we had met Marc, Ashley and Chris less that 24 hours before, it felt like we had known each other for years. 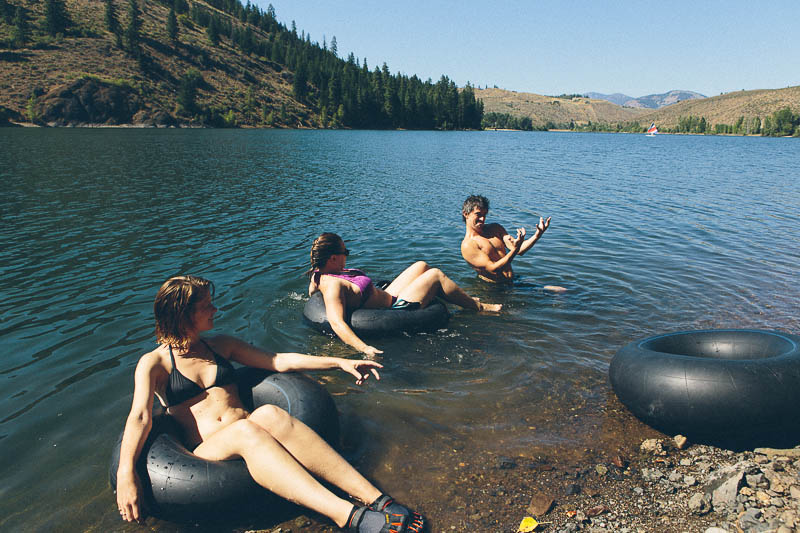 The sun was low and casting hazy shadows on the rolling mountains when we were invited back to their cabin for a barbecue. Ashley and I shared a passion for cooking, so we put ourselves in charge of dinner. We whipped up turkey burgers with vegetables and Ashley made a birthday cheesecake for John. 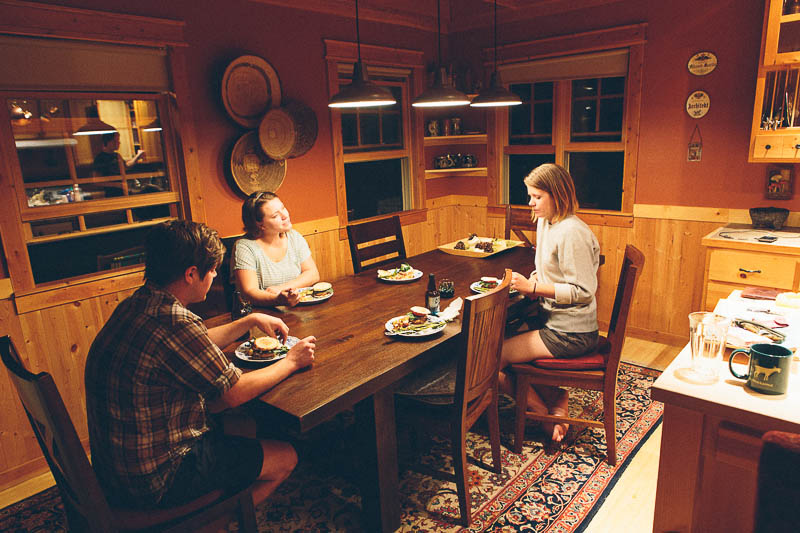 After dinner, we all sat around on the porch with beers and local wine, talking about the world and enjoying the last few hours of our fast friendship. We were sad to leave but sure that we would see each other again. 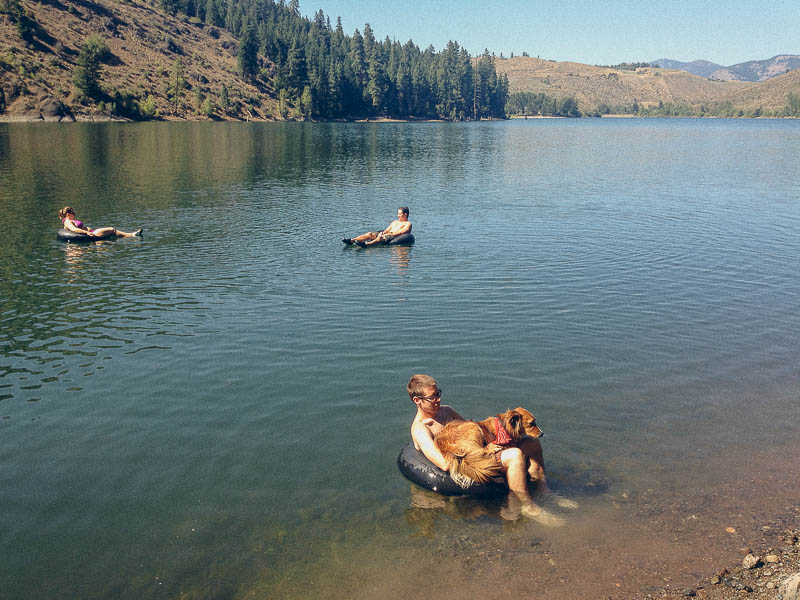 It's taken us a while to realize that this trip we're on is not about the places we go, but the people we meet. Of course we've seen some incredible places, but the ones that stick in my mind are always connected to the people who have made experiencing that place extraordinary. Winthrop continues to be, by far, the most memorable.