So where did we leave off? It was Sunday morning and we were leaving Leigh and Brian's property in Tonasket. Deke had a bunch of extra walkie-talkies which were distributed to each car. Everyone picked a code name (we were Carlos Danger) and we tuned in to the same channel so we could all stay in touch. This turned out to be John's favorite game: cracking jokes over the walkie-talkie. 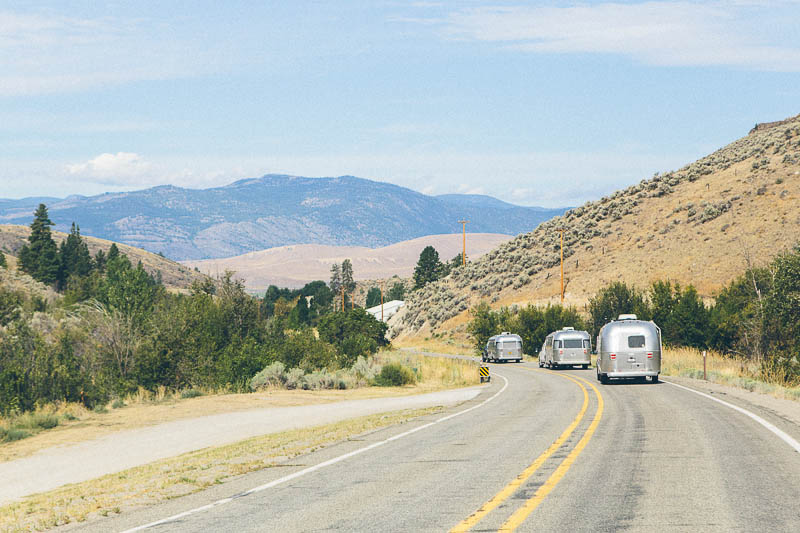 All eight Airstreams made their way down the winding road with each passenger side rider hanging out the window taking pictures of the caravan in full force. It was surely a sight to see. Before turning onto the main road, everyone stopped and John hopped onto the roof of the truck to take his requisite #myboyfriendthephotographer rooftop photo. 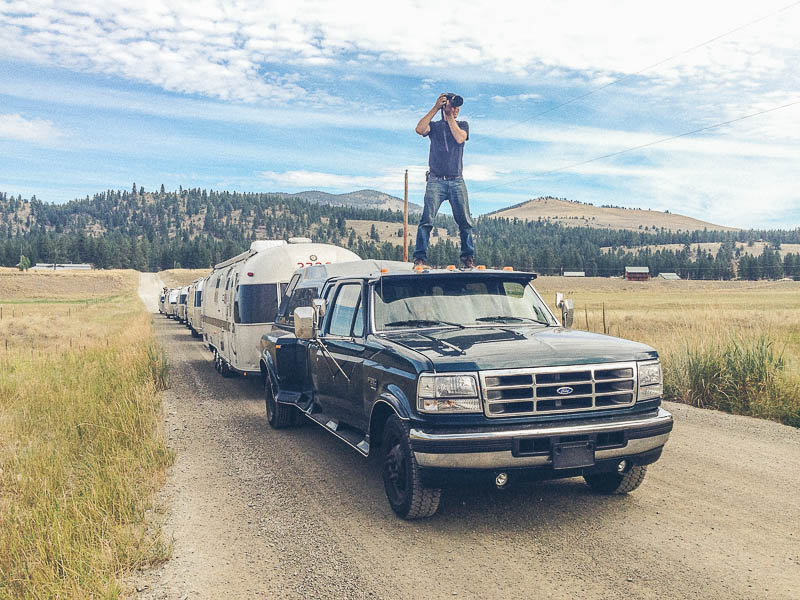 We broke up into smaller groups once we made it to the highway, as some people needed to stop for gas, but we all planned to meet on the other side of the border. 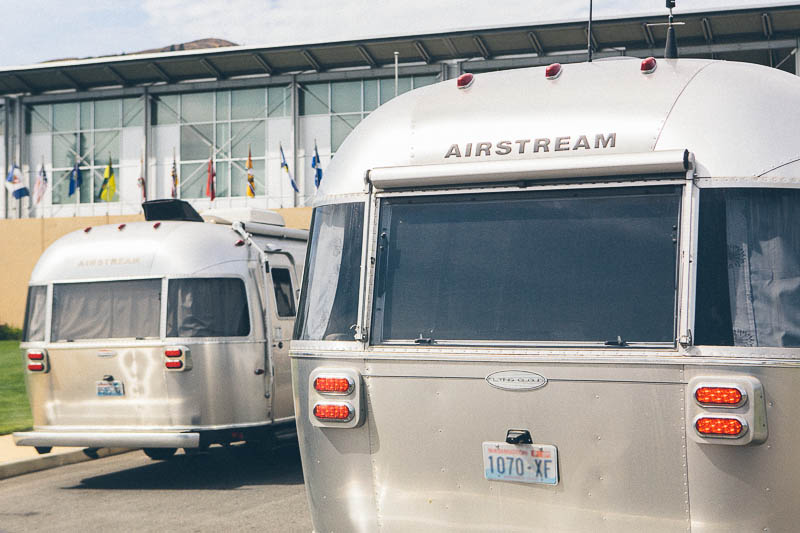 Waiting to cross the border into Canada

We had no problems getting through Canadian customs, but the MaliMish crew had gone through all the right paperwork to declare their shotgun (Marlene is wary of bears) and still got a full two hour van and trailer search. So did WeaselMouth, who came through the border behind them. Kids, don't bring a shotgun to Canada. They don't want none of that. 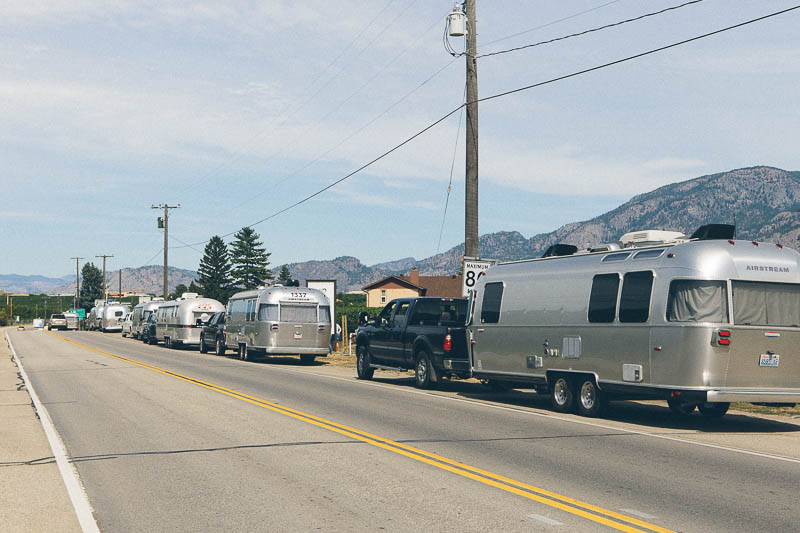 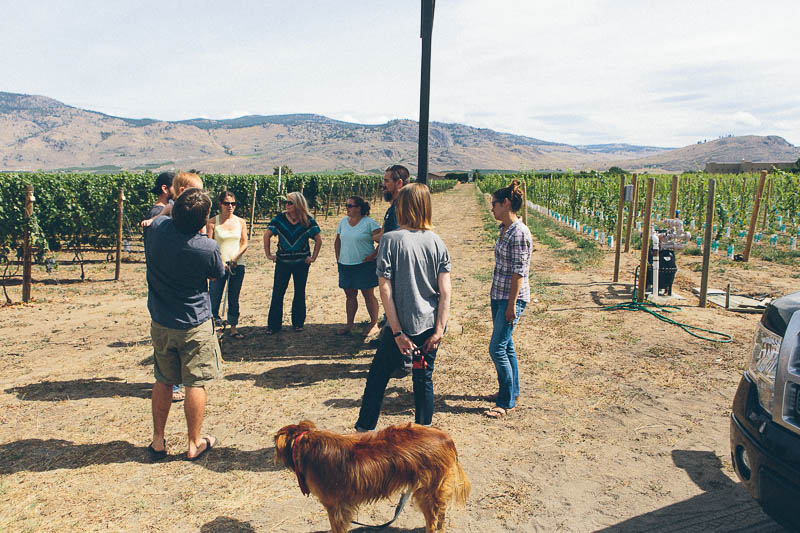 After waiting on the side of the road for a while for the MaliMish crew, the rest of us got the go-ahead to continue on to Kelowna, which was another two hours up the road. This was both John's and my first time in Canada and we were off to a good start. The region that we drove through, Okanagan, is the Napa Valley of Canada. There were countless fruit stands, orchards and vineyards lining the highway. And the road we were on happened to follow a long skinny lake flanked by steep mountains that seemed to go on for hundreds of miles. 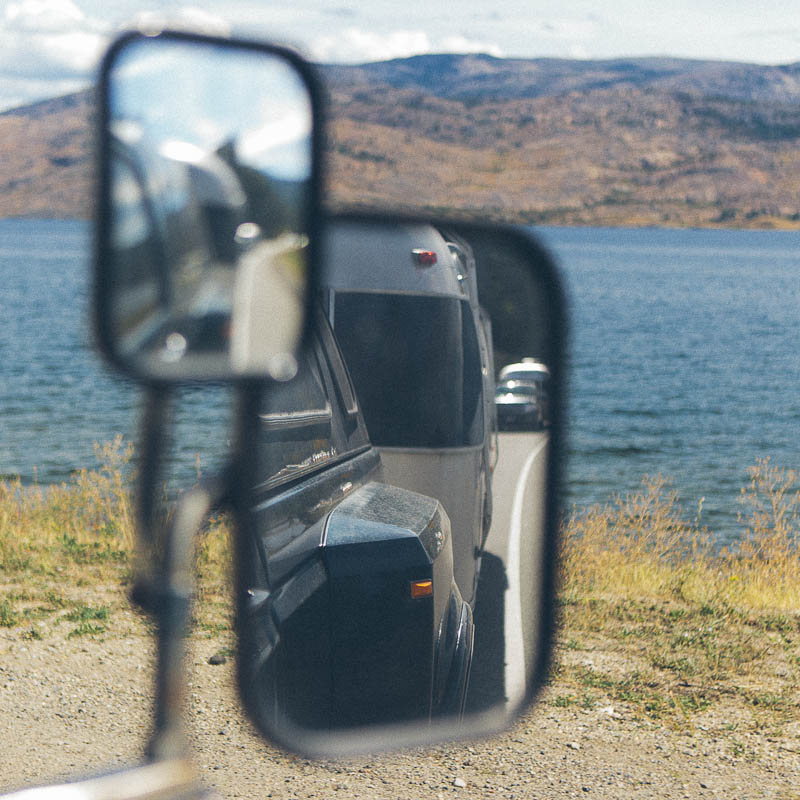 Airstreams in the rear view

We finally made it to our campground in Kelowna, which was unfortunately not the same campground as everyone else. We had joined the caravan too late and there were no more spots at the beautiful lakeside campground where the rest of the gang were staying.

The next day was Brian's 40th birthday and the "non-breeders" were planning on celebrating at a few of the wineries in the area. John isn't much of a wine drinker and we both had work to do in the morning, but we joined them for the last two wineries. When in Rome, right? We tasted some fantastic local wines, including ice wine, which I had never had. It's a super sweet, higher ABV dessert wine that's produced from grapes that have been frozen while still on the vine. An Okanagan Valley specialty, it was surprising and delicious. 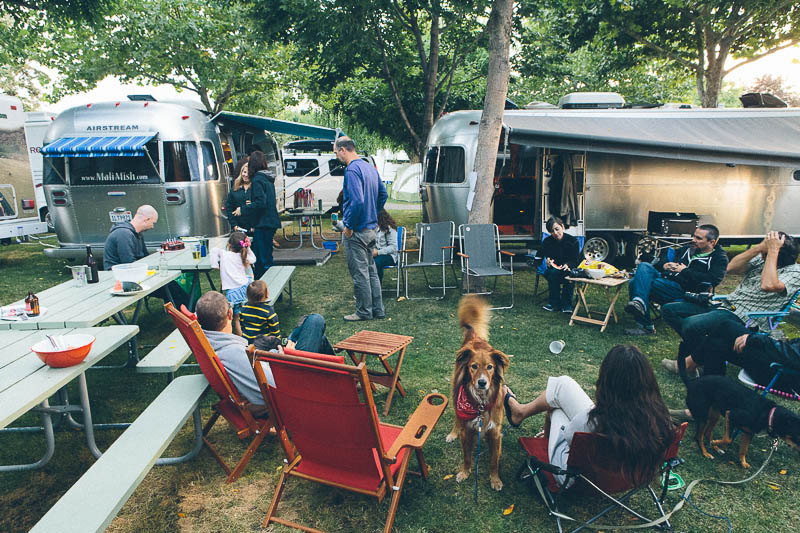 We continued the celebration at the campground later that evening. Through stints of rain showers, we grilled our dinner, drank bourbon lemonades, and the boys had a serious jam session (I even joined in with the ukulele). Leigh made a delicious vegan chocolate cake and all 20 of us sang "Happy Birthday" to Brian before he blew out his candles. 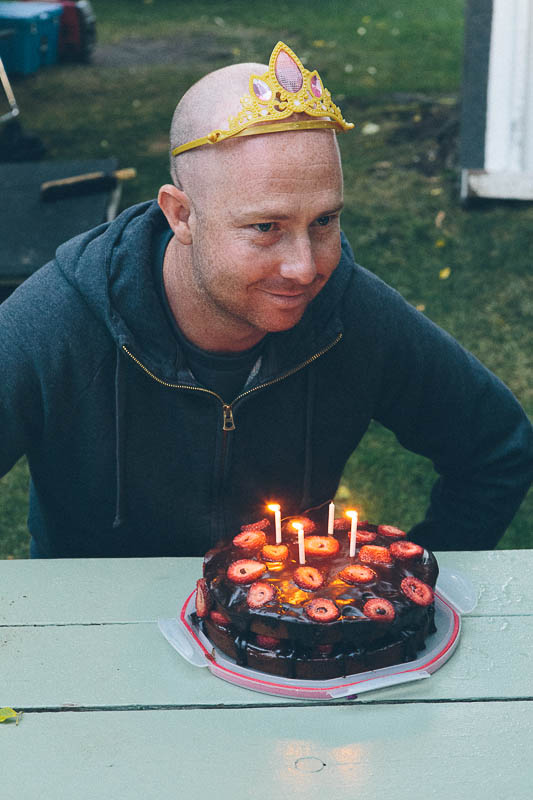 Our stay in Kelowna was brief - we continued our caravan north towards the Canadian Rockies the next morning. 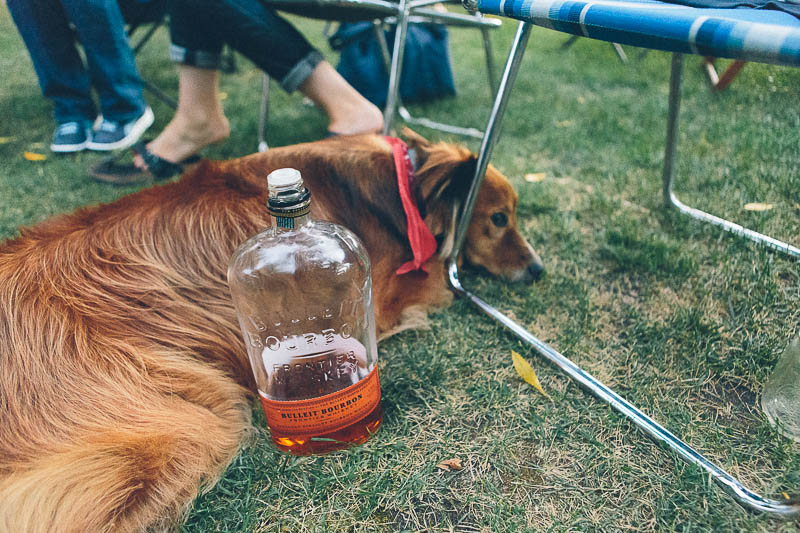