Price Tower The Tree that Escaped the Crowded Forest

Our second visit to a Frank Lloyd Wright project was so very different than our first, but no less impressive. Where Falling Water is known for its low-profile rectangles, Price Tower stands tall and unobstructed and is filled with triangles. 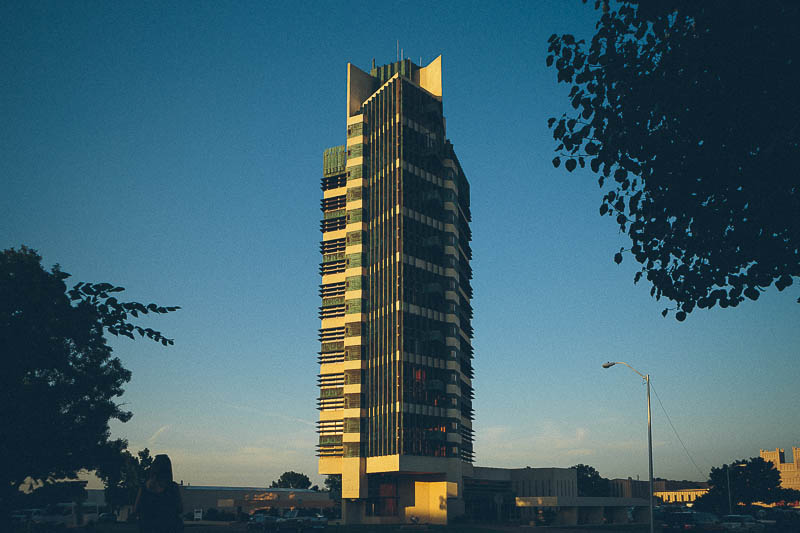 Falling Water is located deep in the woods of rural Pennsylvania. Price Tower was originally destined to be an apartment building on the Bowery in New York City, but the Great Depression forced Wright to shelve the tree-based design. It was revived in the early-1950s by Oklahoma oil money flowing into the hands of the Price family, who wanted to bring world-class architecture to their home state. 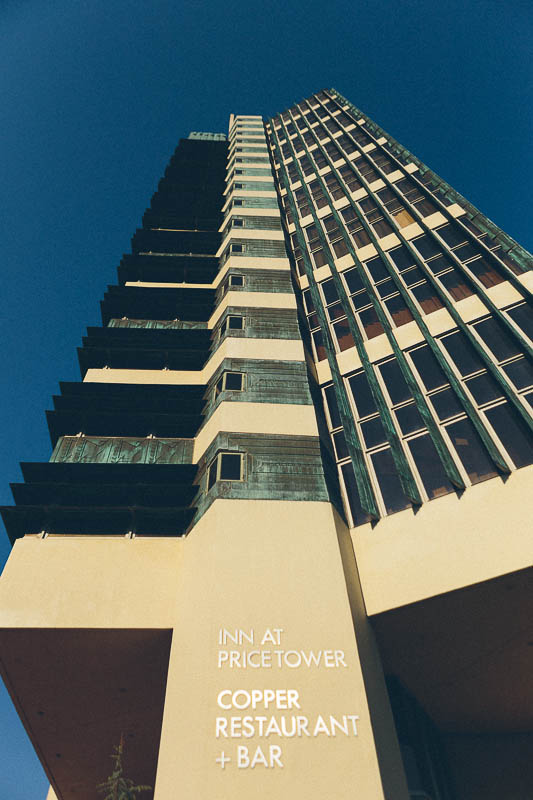 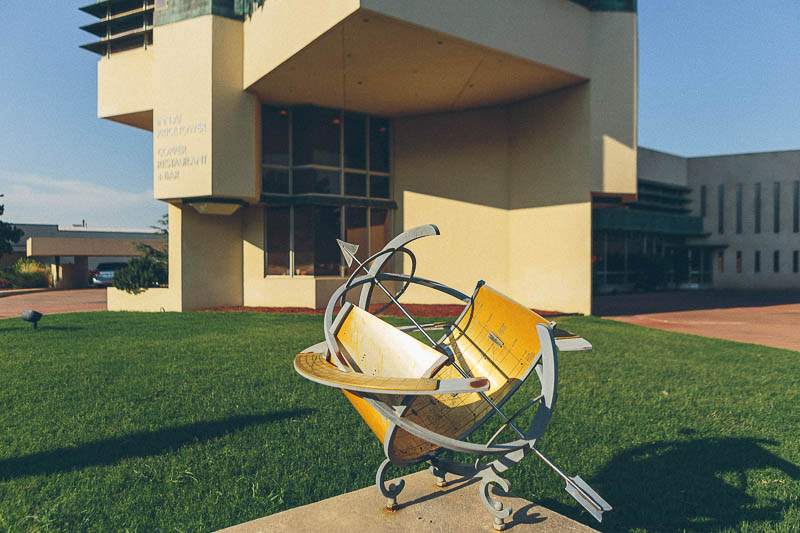 An armillary sundial dedicated to Wright. 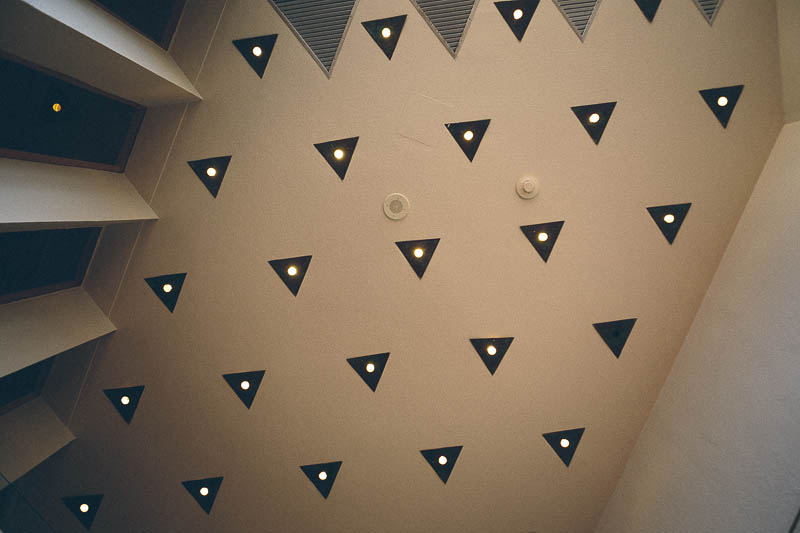 The ceiling of the lobby.

Beyond the overwhelming use of triangles (in the lights, air conditioning vents, elevators, paving stones, etc.) one of the most immediate things I noticed was how small the spaces were in general. These days, it seems like hotels try to make their common areas as big, open, and utterly sparse as possible. Price Tower is refreshingly compact - the elevators are a mere 20 feet from the front door. There are no long hallways, and definitely no creepy twins standing creepily at the end of them. 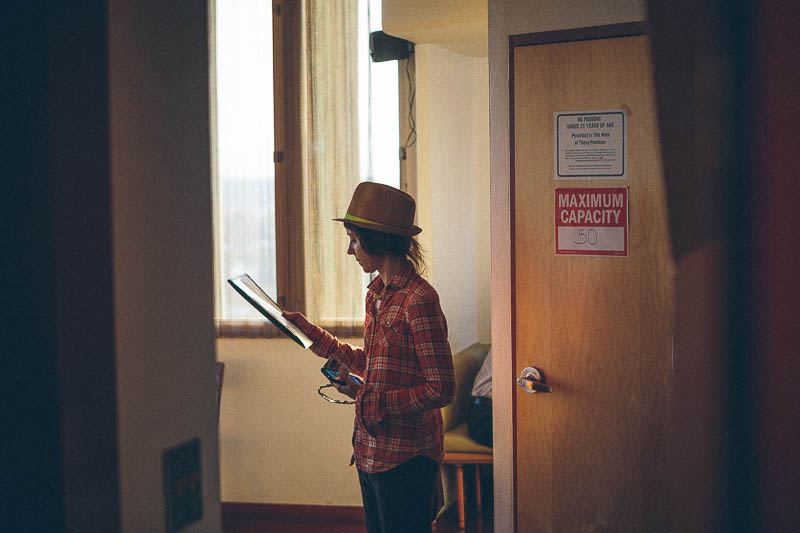 While the galleries the tower contains were all closed for the day or closed for renovation, we were mostly there to check out the bar on the 15th floor. Consistent with the rest of the building, the layout of the bar was triangular and compact, seating for maybe 20 people, with more available up in the loft and out on the terraces. 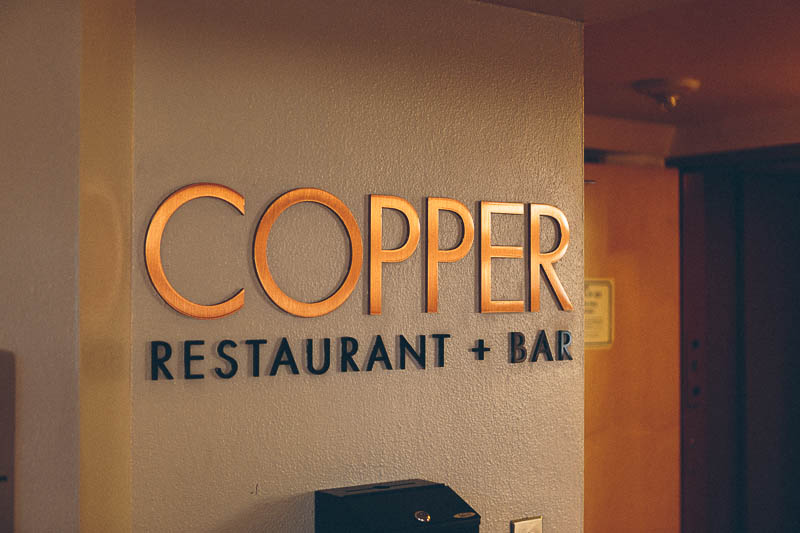 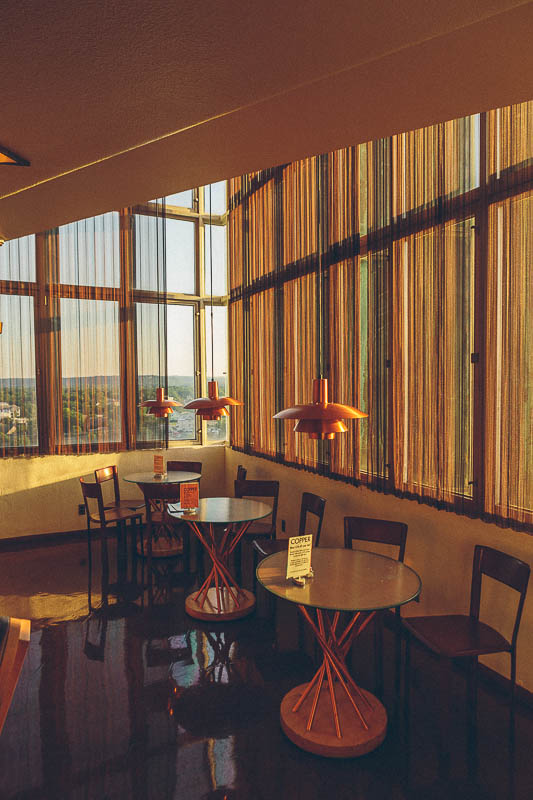 The entire building is oriented for optimal sunrise and sunset. 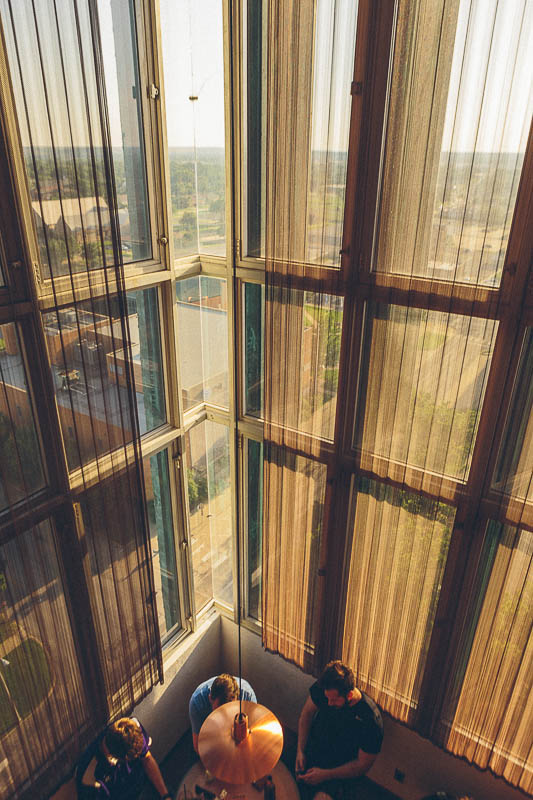 The view from the loft.

After some banter with the locals and the bartender, we settled on some good Tulsa beer, Marshall's IPA and Pub Ale, and took the only available seats, which were up in the loft. After finishing we snooped around looking for views and admiring the detail throughout the hallways and public spaces. 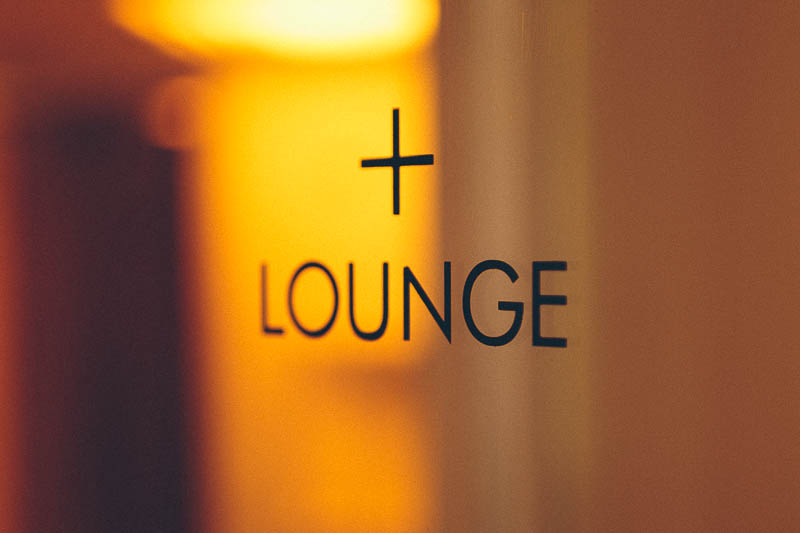 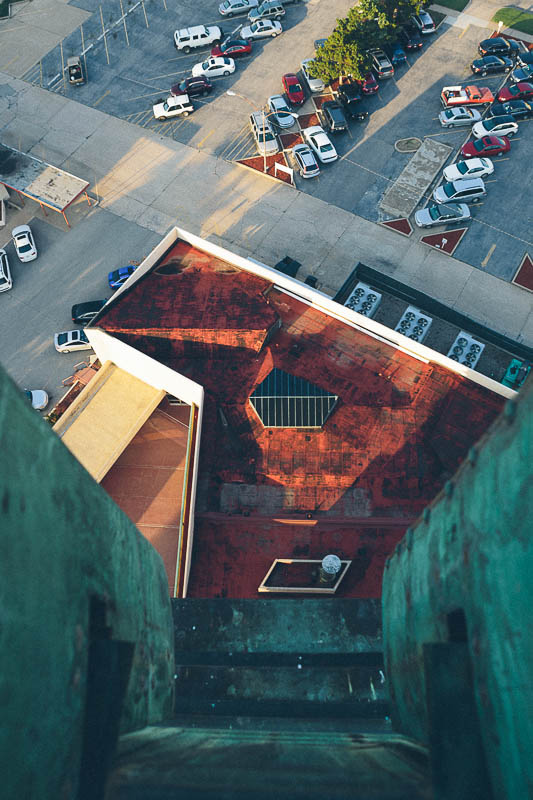 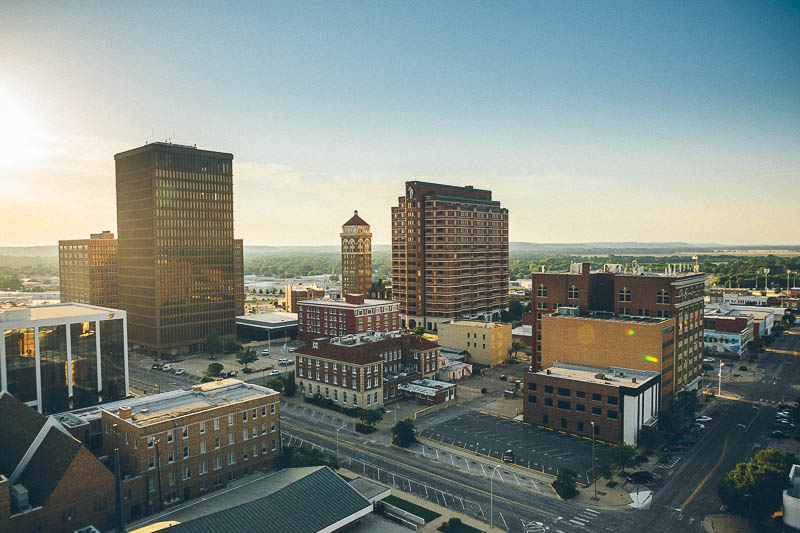 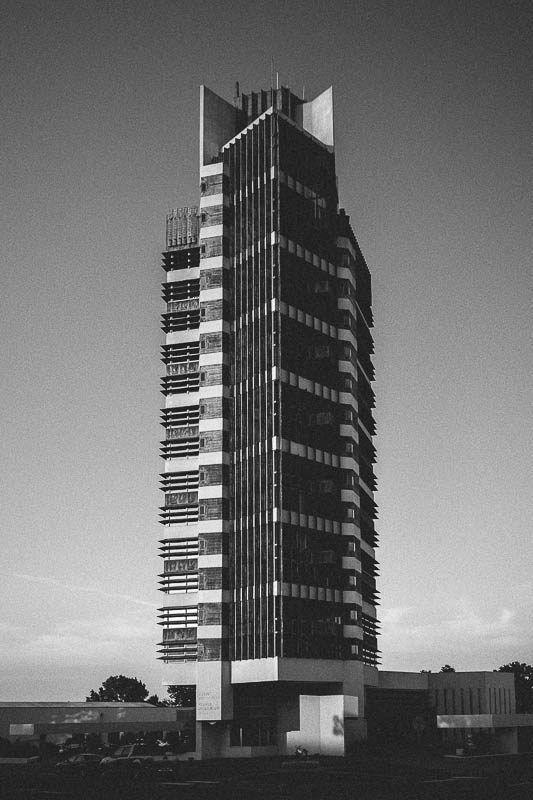 Special thanks to Dustin D. (who suggested Raise a glass to Frank Lloyd Wright at The Copper Bar!) for making this blog post possible!