September 16, 2013 by Laura Preston for The Front Page

Oh man. Wall Drug. What a crazy, bizarro place. We were quickly discovering that South Dakota was the number one weirdest state in the country. Not bad…just weird. 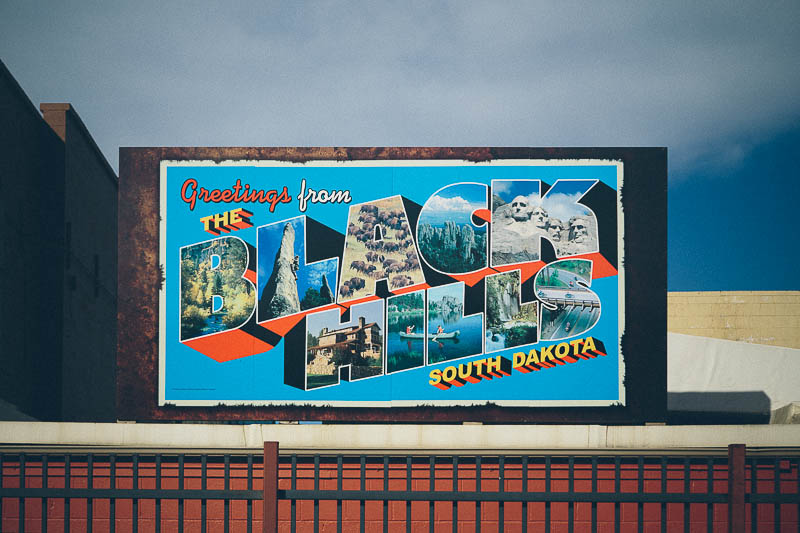 To say that our drive from Deadwood to Wall, SD was disastrous would be an understatement. We hopped on I-90, a long flat stretch of road that runs straight east. The wind was blowing crazy hard and straight north against the side of our rig as we barreled down the highway. 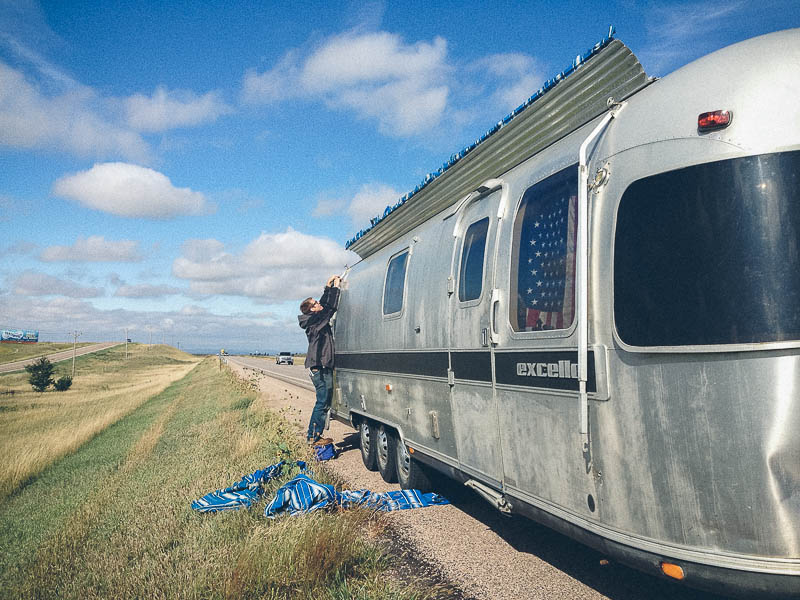 John looked in the rear view mirror and noticed the canvas of our main awning flapping in the strong wind. That is not supposed to happen. We pulled over and found that the 22 foot metal tube that our awning canvas rolls up around had been completely ripped off and was nowhere to be seen. We did as much damage control as we could in the whipping wind, cutting off the canvas that remained and borrowing a ladder from the nearest gas station to removed the rest of the hardware. 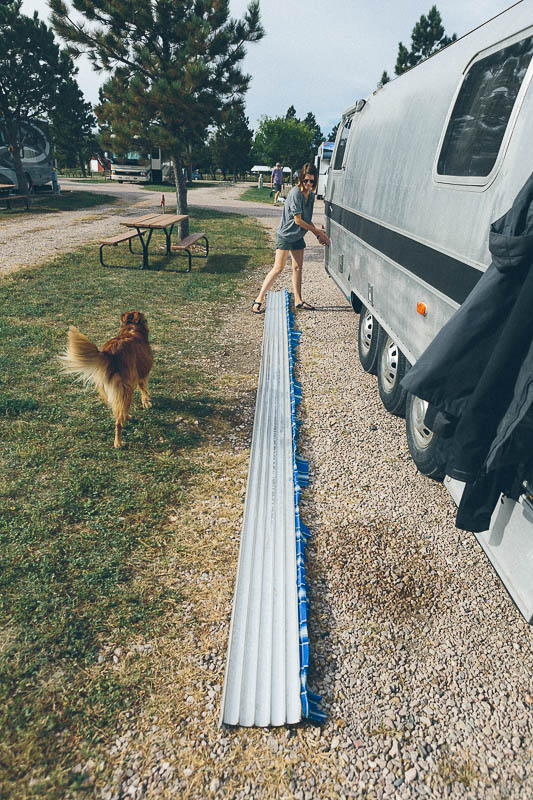 We later found out that stretch of highway is nicknamed "Awning Alley": RV and trailer awnings are regularly torn off by the areas hurricane-strength winds. At least we weren't the only suckers. 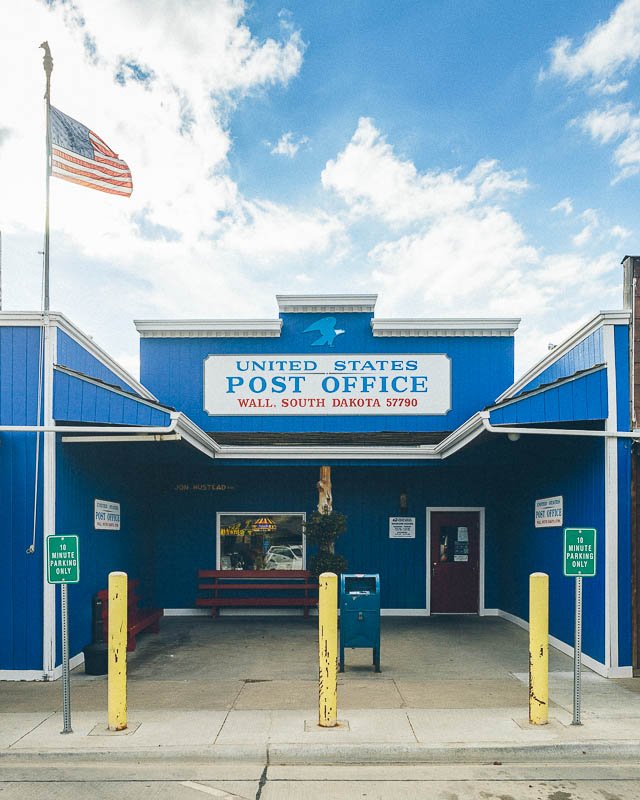 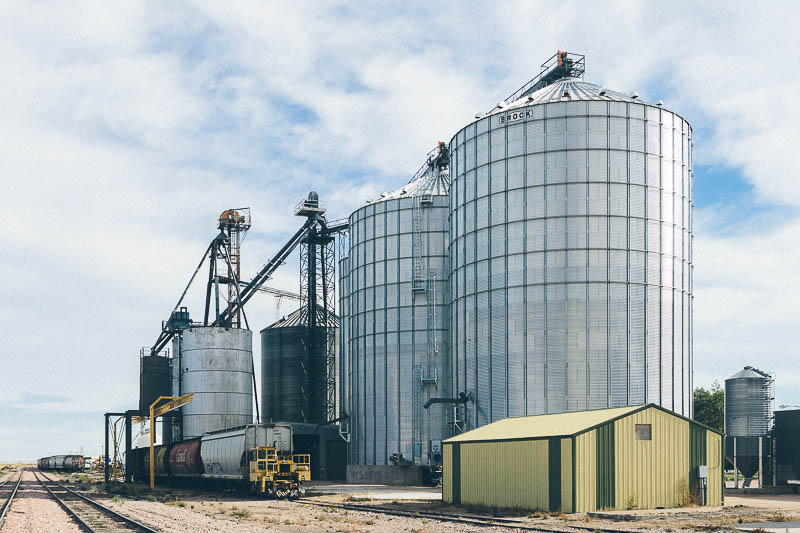 Wall, SD clearly relies on the tourist attraction that is Wall Drug. This tiny town in the middle-of-nowhere consists of pretty much just a main street, in which Wall Drug takes up an entire city block. 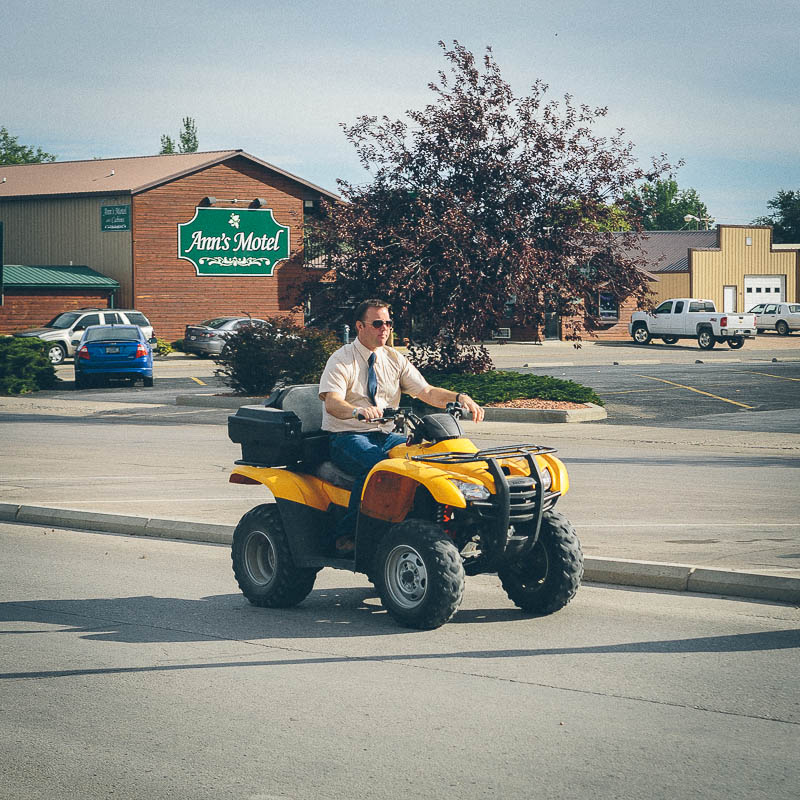 But this wonderland of a roadside attraction has been family-owned since 1931 and is by far the weirdest, most jaw-dropping, tourist-tastic oasis we have ever been to. 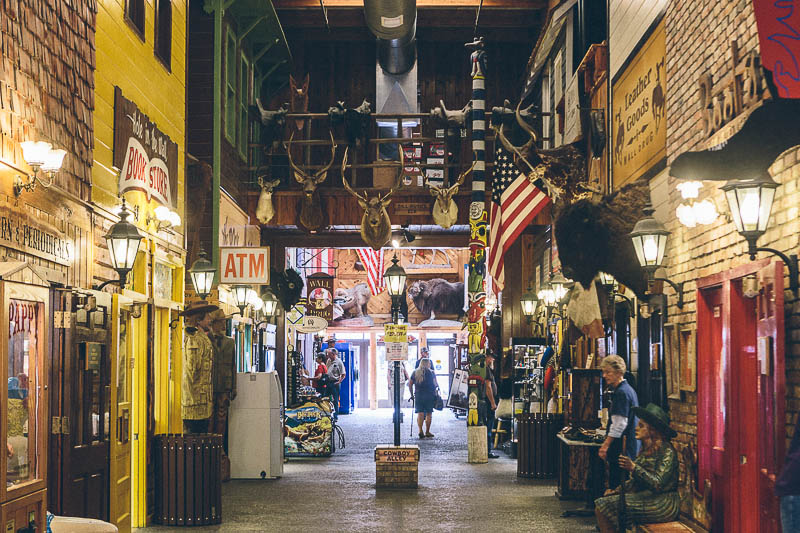 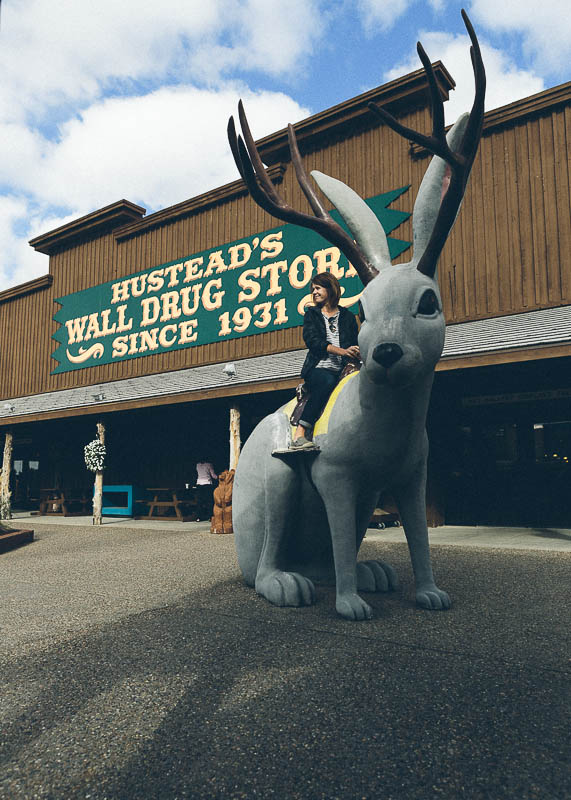 Yes, there's a giant jackalope that you can ride

I can't even begin to tell you about all of the things that go on inside this 76,000 square foot emporium. There's a soda shop, a coffee shop, a huge restaurant, a pizza parlor, multiple gift shops filled with knick-knacks, an apothecary, a western store, a chapel, an arcade, a gold panning and mining area for kids, a creepy animatronic T-Rex, a backyard with a ride-a-long train, and of course a drug store. It's the most bananas place I've ever been. 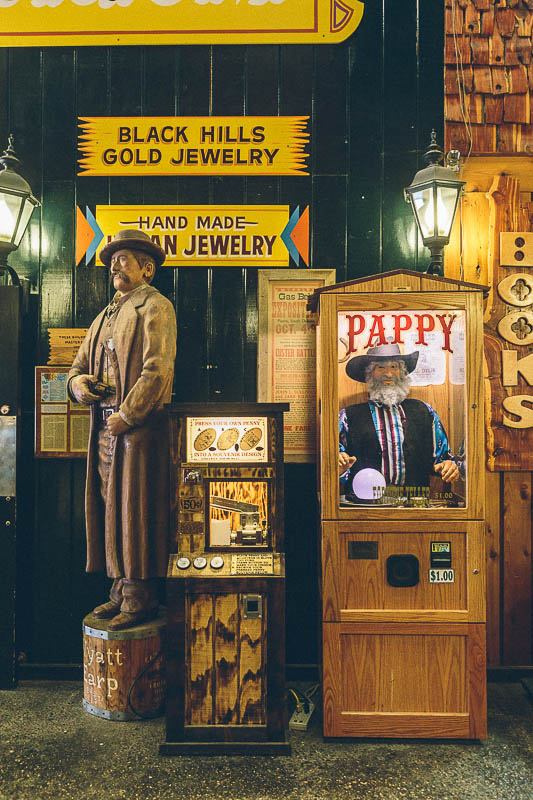 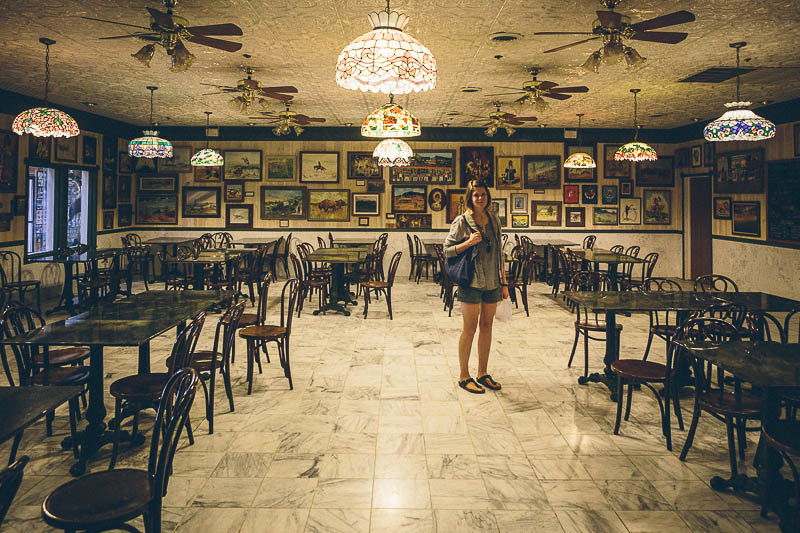 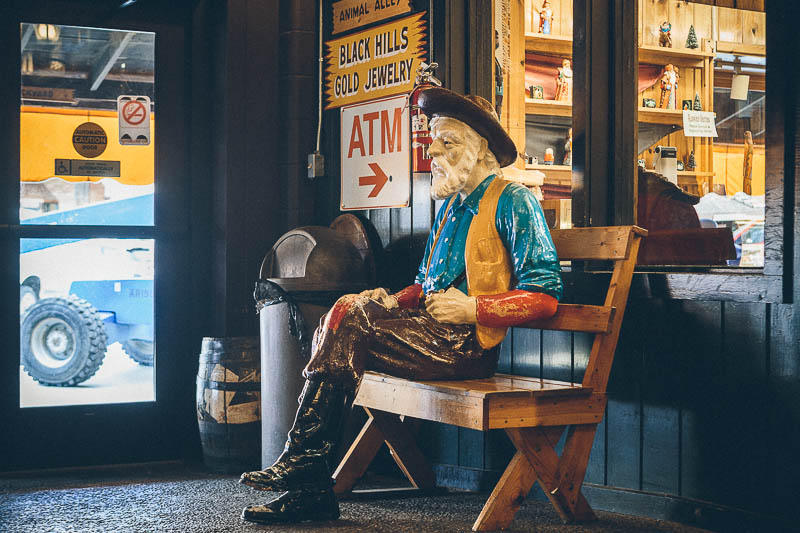 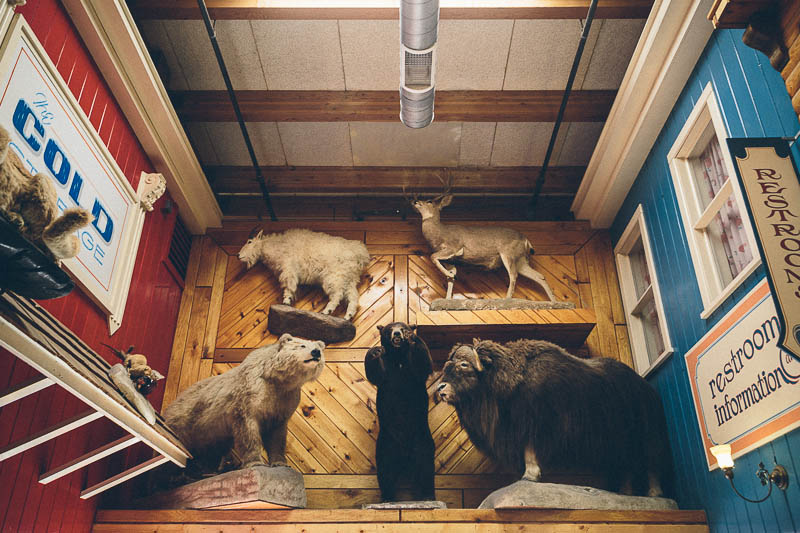 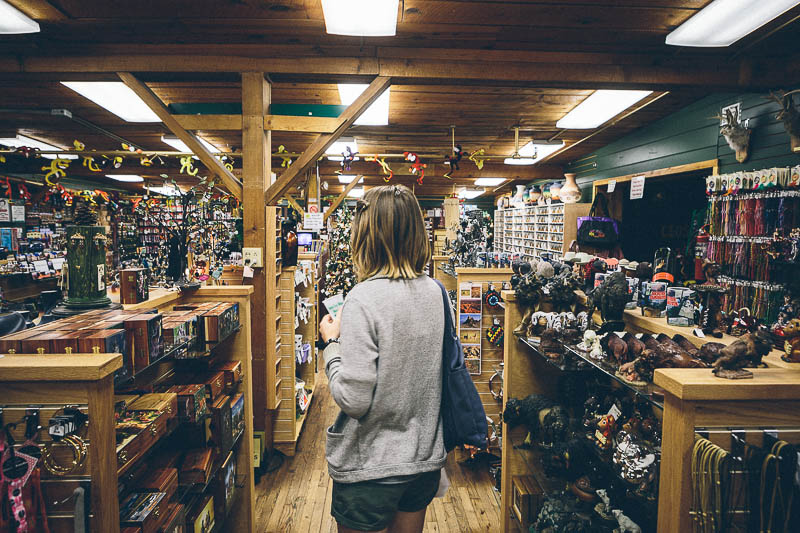 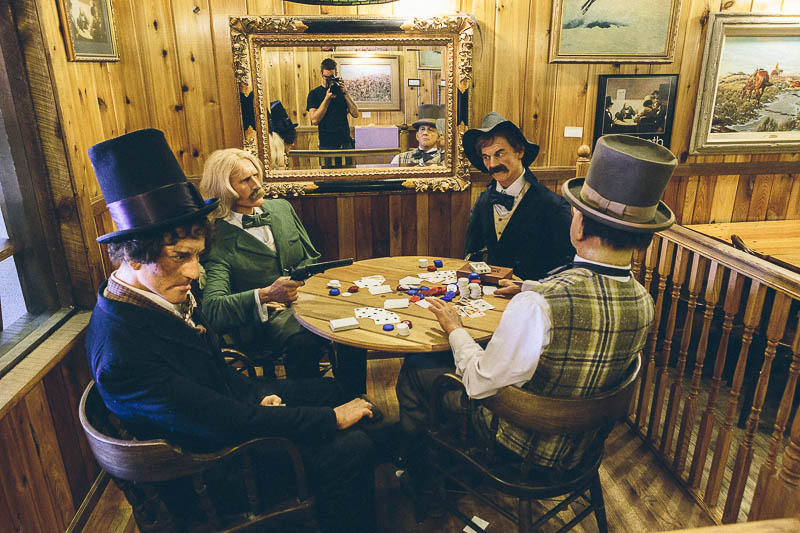 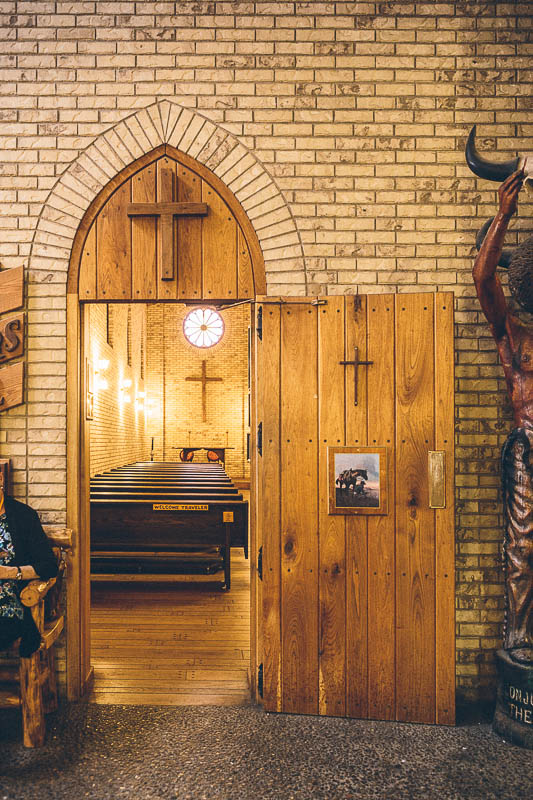 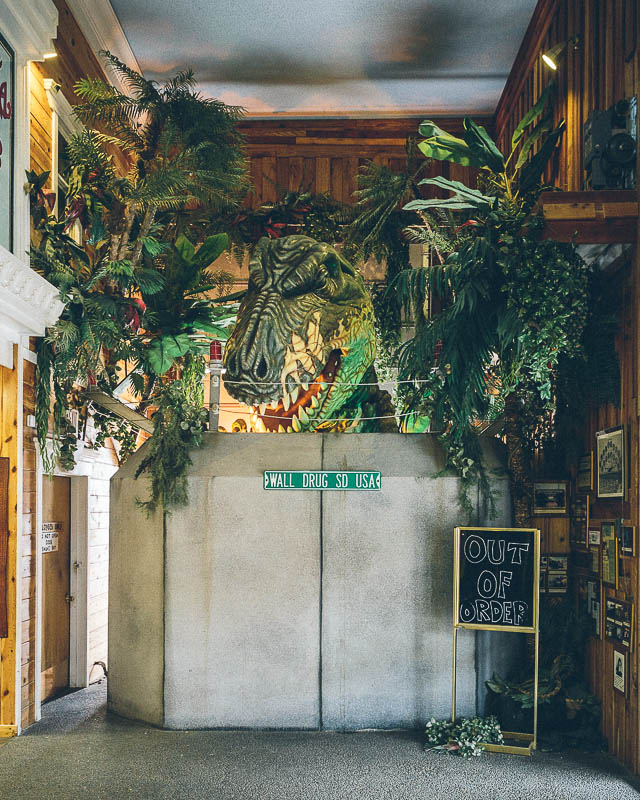 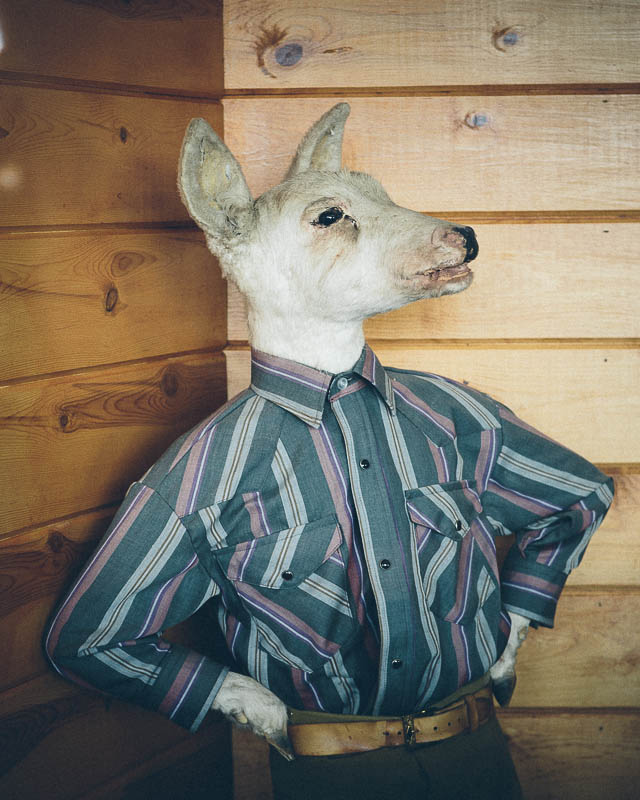 We walked around dumbfounded and overwhelmed at the sheer size and volume of awesome shit inside this building. Walls were covered with 80 years worth of photographs, newspaper articles and memorabilia. 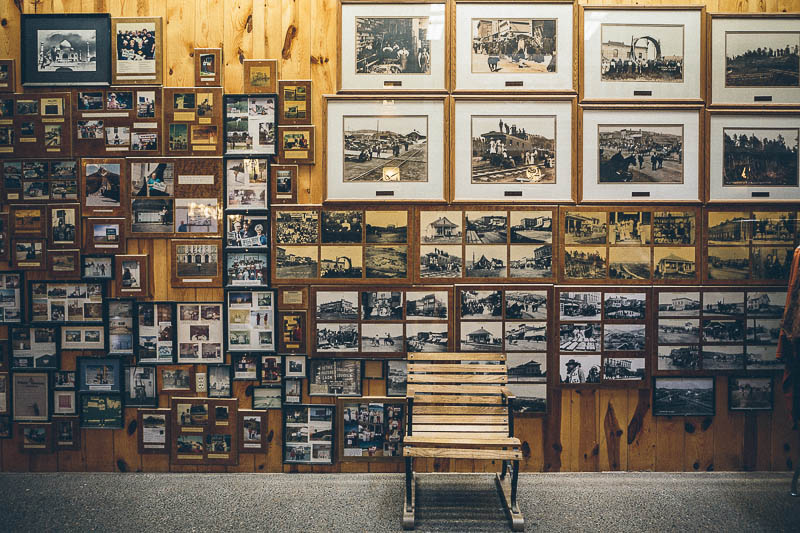 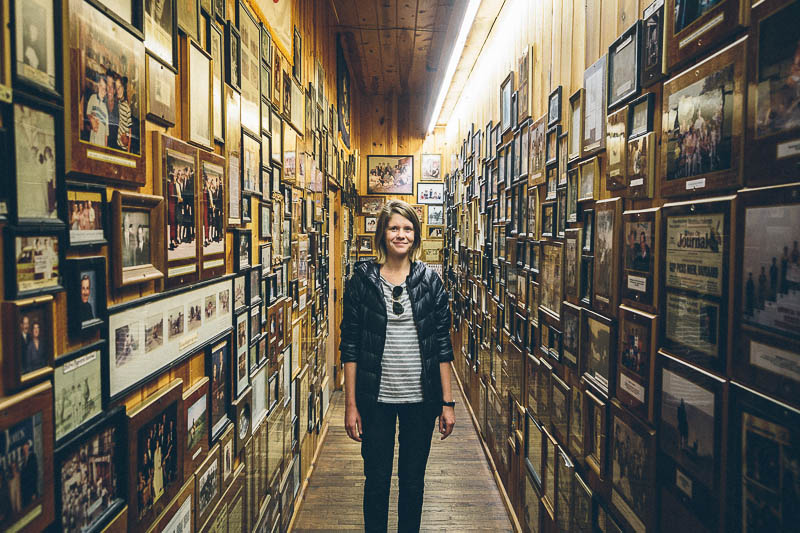 After spending a good hour exploring the complex, we needed some sustenance. 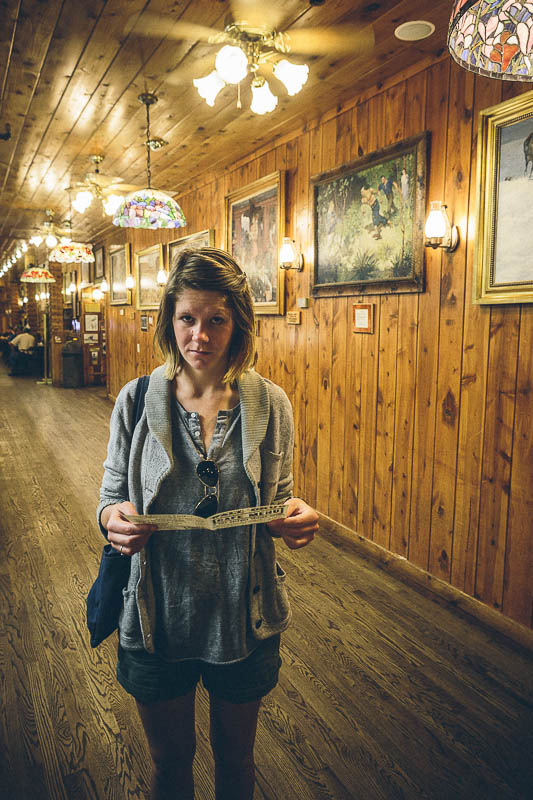 We made our way through the maze of shops and hallways and found the restaurant to get a 5¢ cup of coffee and the best maple donut I've ever eaten. And of course, our free ice water. 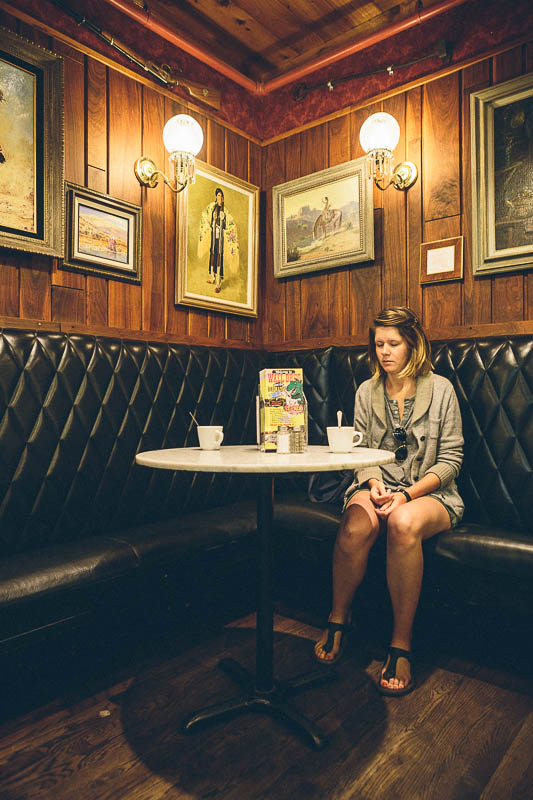 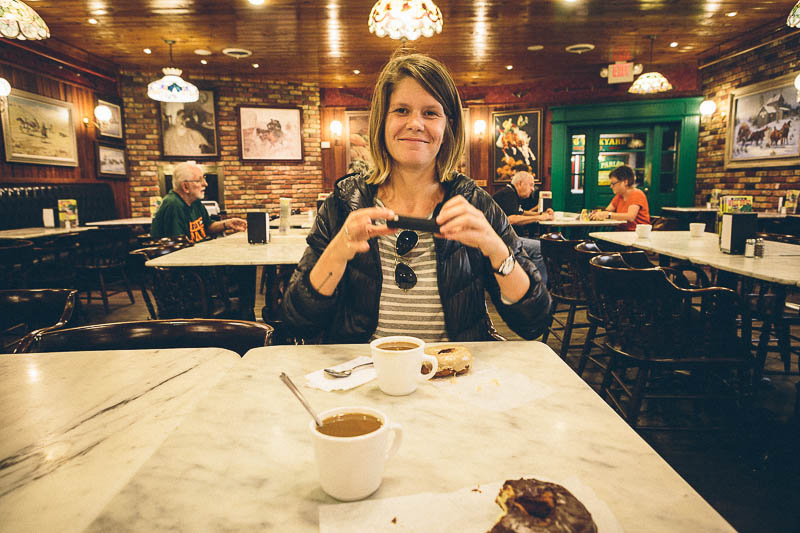 Between presidents faces carved in mountainsides and mega drug stores with their main draw being free ice water, South Dakota was quickly moving its way to the top of our "Weirdest States in America" list. For as sparsely populated as it is, they certainly do their darn-dest to attract folks driving from one end of the state to the other.