The Drive West Lost Cameras and Crossing the Continental Divide

Our first drive through some real Colorado Rocky Mountains was unforgettable and bittersweet.

From Denver, we headed west on US-285, a one-lane roller coaster highway that took us high into the forested mountains. We hadn't seen anything too impressive until we got to the Collegiate Peaks, which emerged majestically from between the hills we were winding through. Named after Harvard, Princeton, Yale and Columbia, the Collegiate Peaks are all over 14,000 feet and stand proudly with their snowy, jagged summits looming over the town of Buena Vista.

We were so blown away that we stopped at the picnic area just off the highway that overlooked the mountains and the valley below. We took some photographs and were on our way.

Nearly half and hour later, I noticed an empty spot where John usually puts his camera. "John….where's your camera?" I asked. We frantically searched the car. Didn't find it. We pulled over to check in the trailer. Didn't find it. SHIT. We must have left it sitting on the picnic table at the overlook.

We pulled a screeching U-turn and sped back towards Buena Vista. When we got there, the camera was gone. We checked all over three times. It wasn't there. That sickening feeling you get when you lose something important sunk in, the one that sits heavy in the pit of your stomach. Defeated and deflated, we got back in the truck and continued west.

Silently riding up a particularly steep and long climb, we noticed B.B. struggling to pull Loretta up the mountain that was steadily changing from thick pine forests to bare and snow-laden rock. At the moment we pulled over, thinking the truck was about to overheat in exhaustion, we happened to reach the summit of Monarch Pass. Which also happens to be along the Continental Divide. 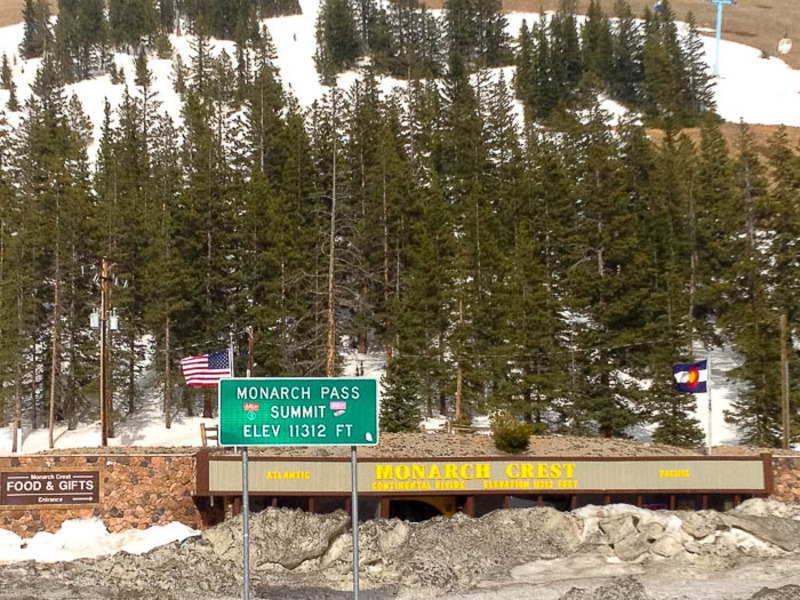 We made it to the top of the Continental Divide! Definitely the highest up Loretta has ever been.

At 11,312 feet, the lost camera and our overheated truck seemed to matter a little less. From this point on, all roads and rivers flowed west. We had made it to the West!

Side note: What happened with the camera you ask? Well we had written it off as stolen and cursed the horrible butt-heads who steal cameras. Until John got a mysterious email ten days later when we were in Las Vegas. Turns out, a kind gentleman named James had seen John's camera on the picnic table and decided to take it for safe-keeping. He saw photos of our logo on the camera and spent a week tracking us down. And it turns out he recognized our Airstream; he was camping in the spot right next to us at Abiquiu Lake three weeks earlier. He shipped John's camera to us in Las Vegas, refusing to be repaid for being such a great human being. We could not believe how lucky we got; it's refreshing to know that there are still truly good people in the world. 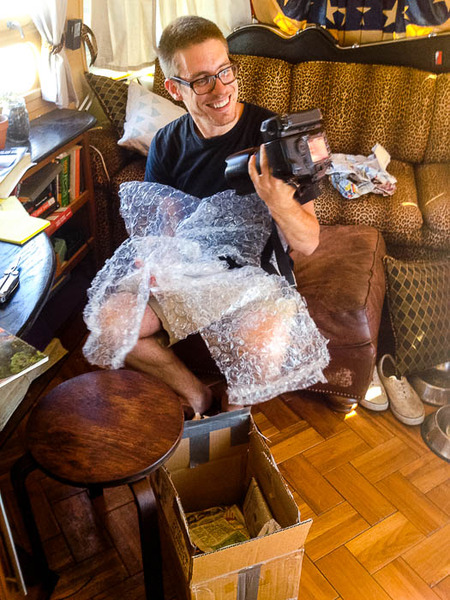