While we only had one suggestion in the Fayetteville area, we decided to take the opportunity to fulfill a personal goal at the same time. We found ourselves wandering through two completely opposite 'wonderlands of art' in the same day.

Our first night at Saddlebock Brewery introduced us to Carla, who demanded that we check out Fayetteville's downtown farmers' market, and sweetened the deal by promising us a dozen fresh eggs from the hens she keeps at home. Needless to say, Laura's arm didn't exactly need any twisting on that one. After she treated us to three different kinds of Eggs Benedict at Bouchee while waiting for the rain to clear up, Carla confirmed that our plans for the day were solid. 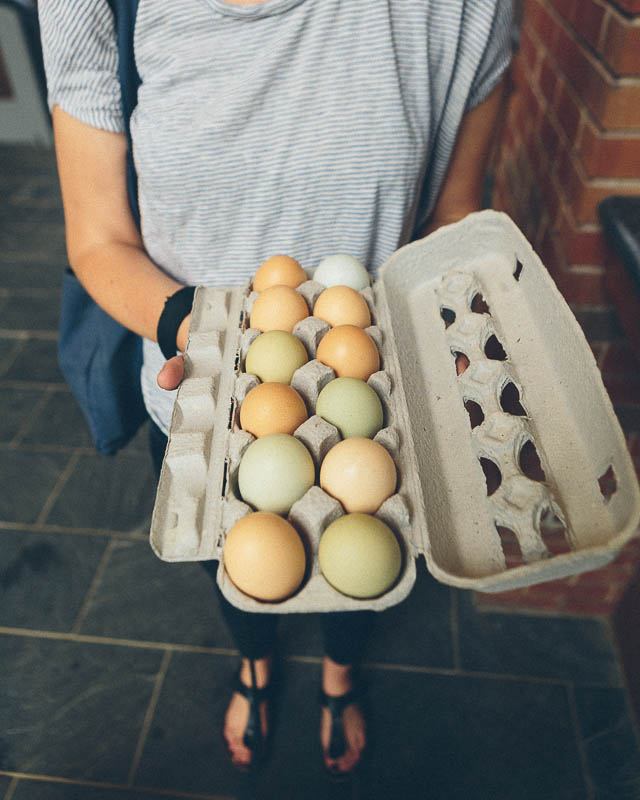 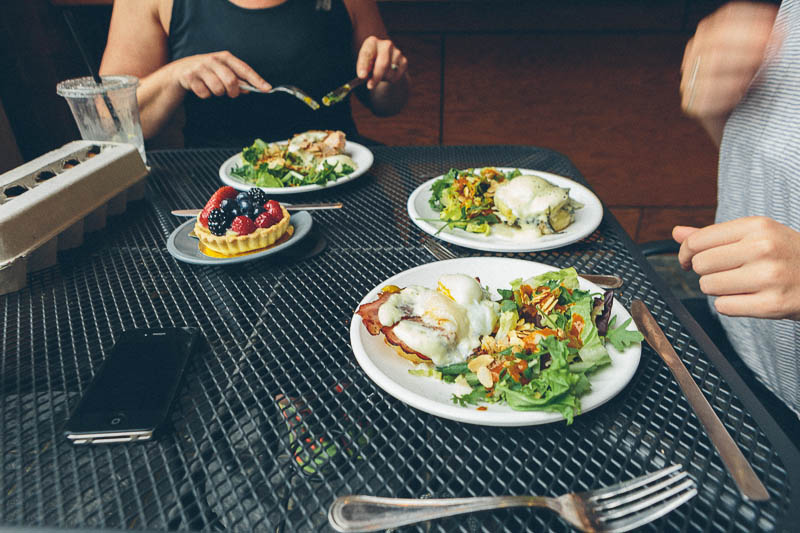 Our first stop sent us southwest to check out Terra Studios, the home of the Original Bluebird of Happiness. While they're known for their glass birds, the place is a cornucopia of freaky weird clay sculptures strewn all around a massive property. Between the giant chess and checkers boards, the 'Wuggytug,' the reclining bikini frogs, nose-picking gnomes, and the 'trash trolls,' the art garden felt like it'd be an incredibly dangerous place to be if you were on acid. 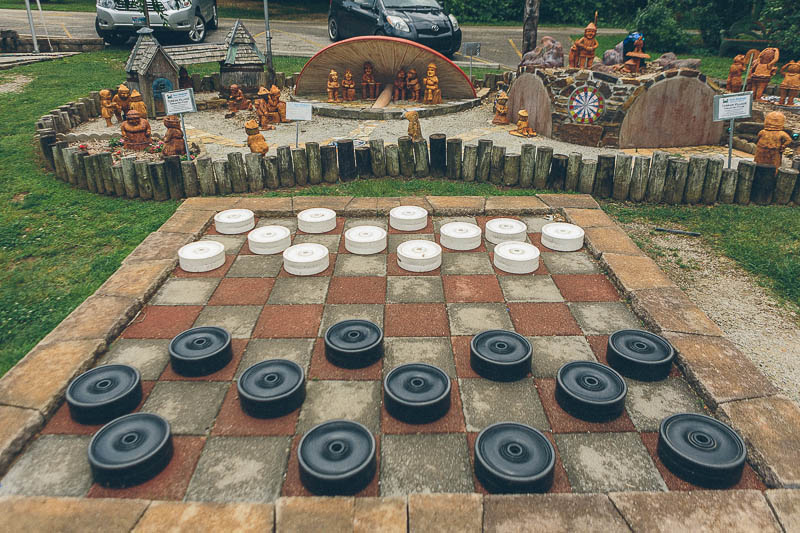 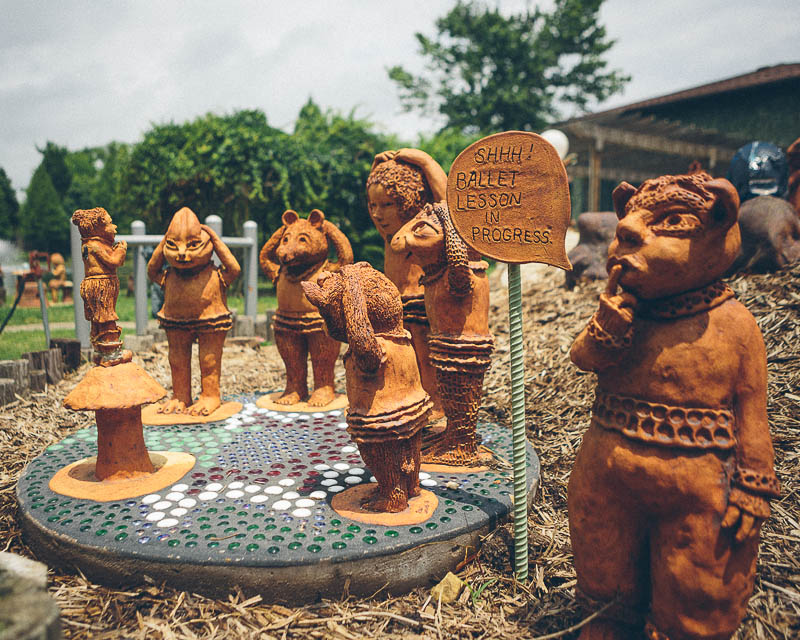 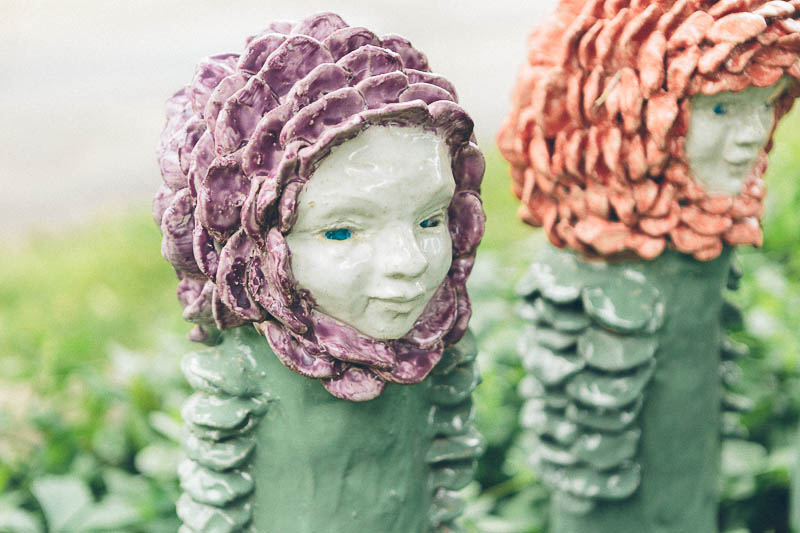 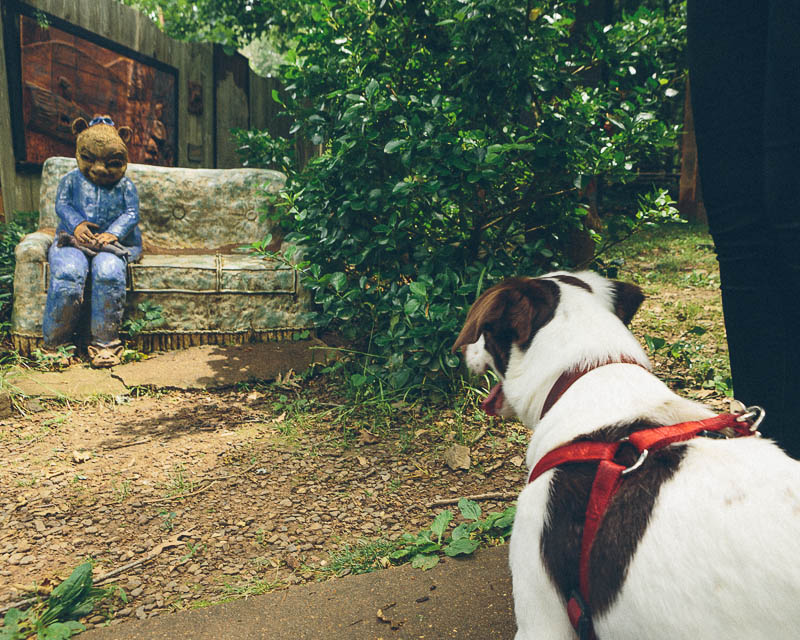 Marlow did not like this one. She refused to walk past it. 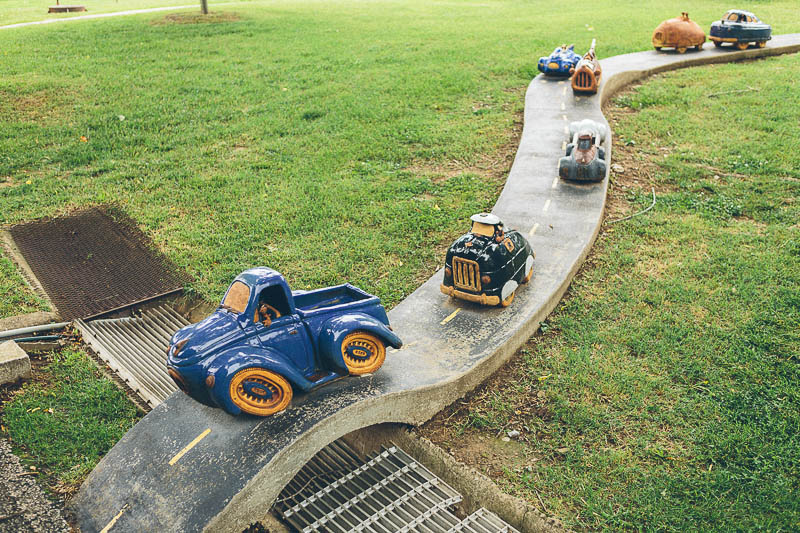 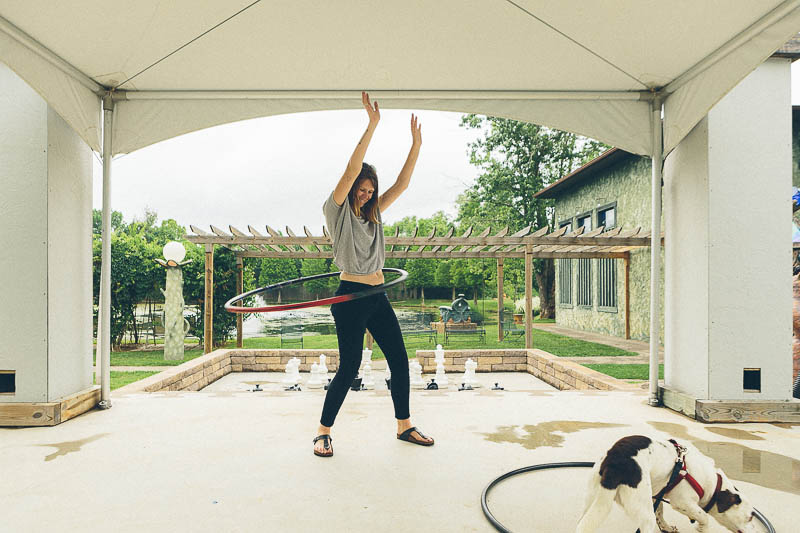 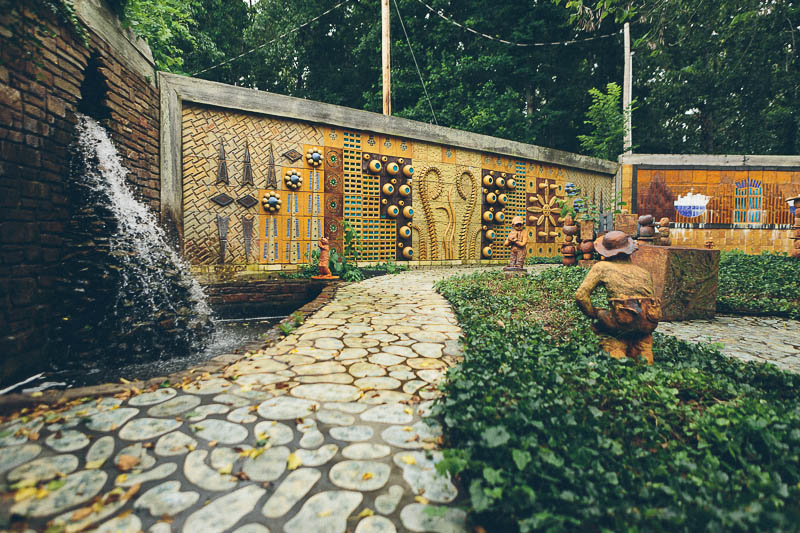 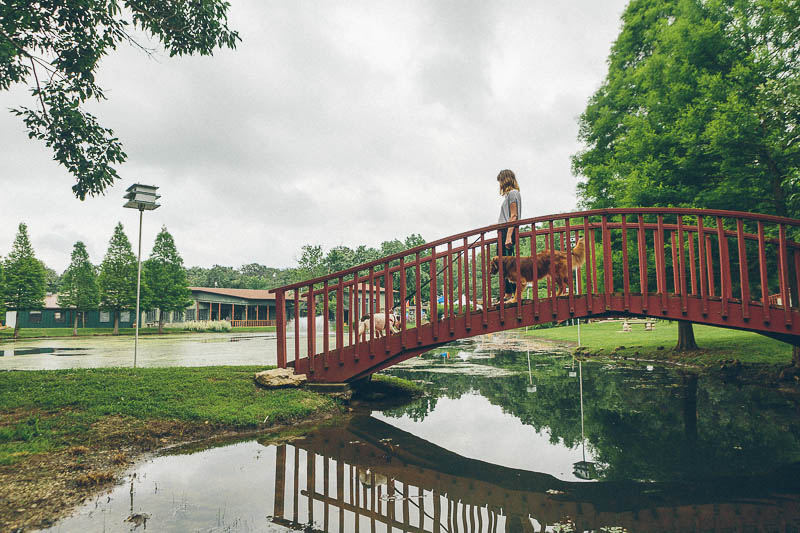 The giant pond behind the gift shop. 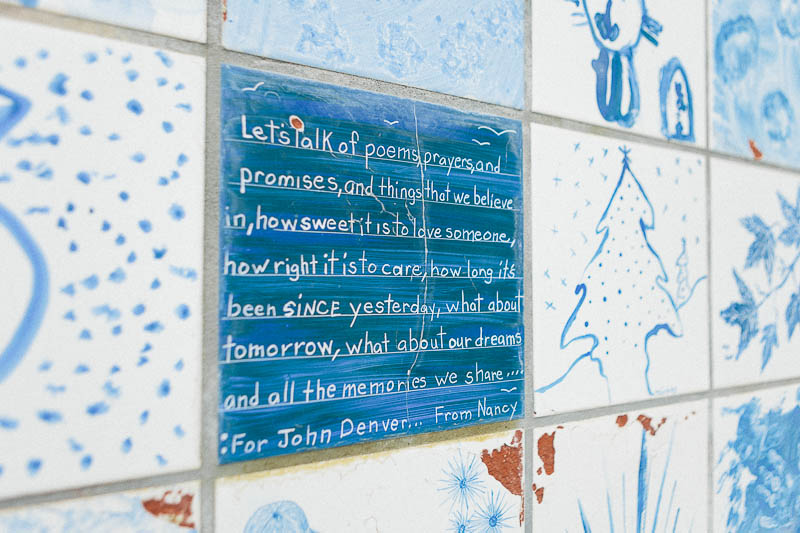 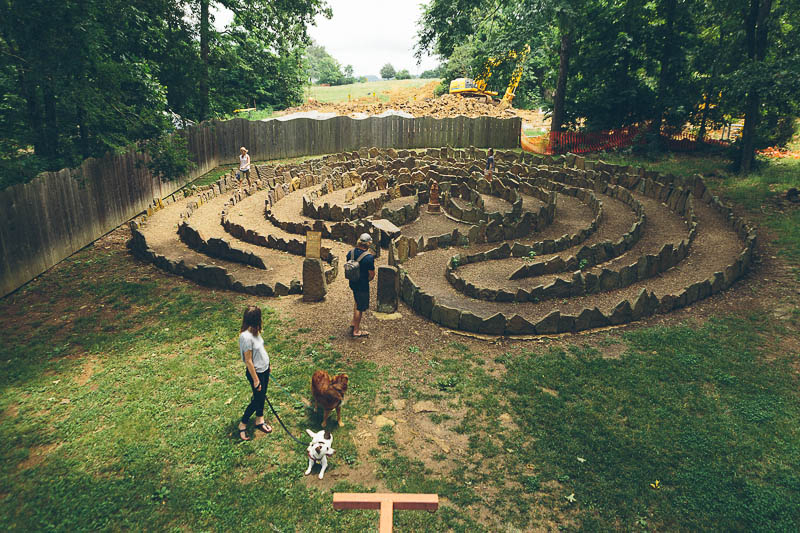 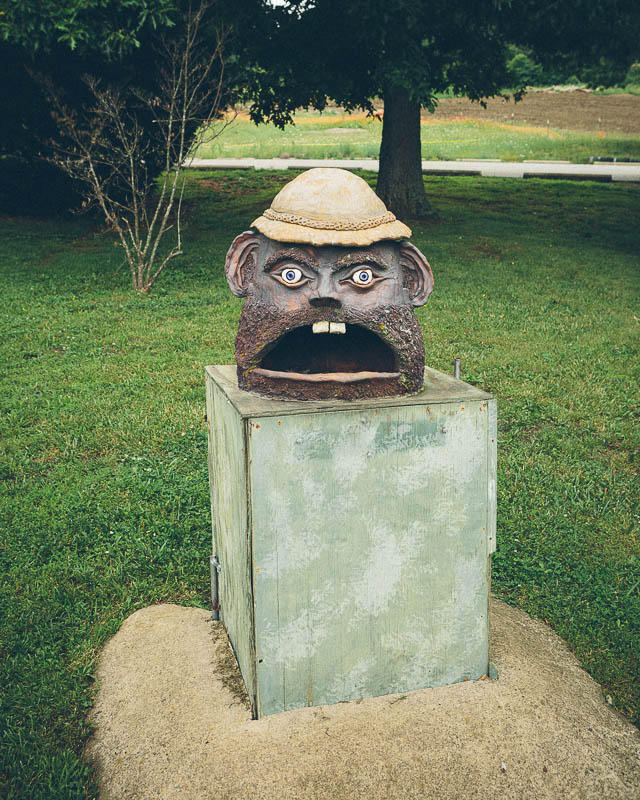 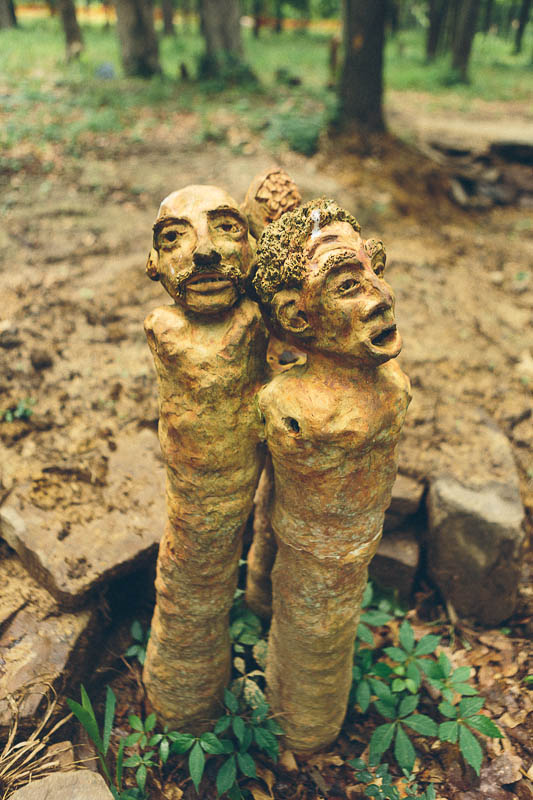 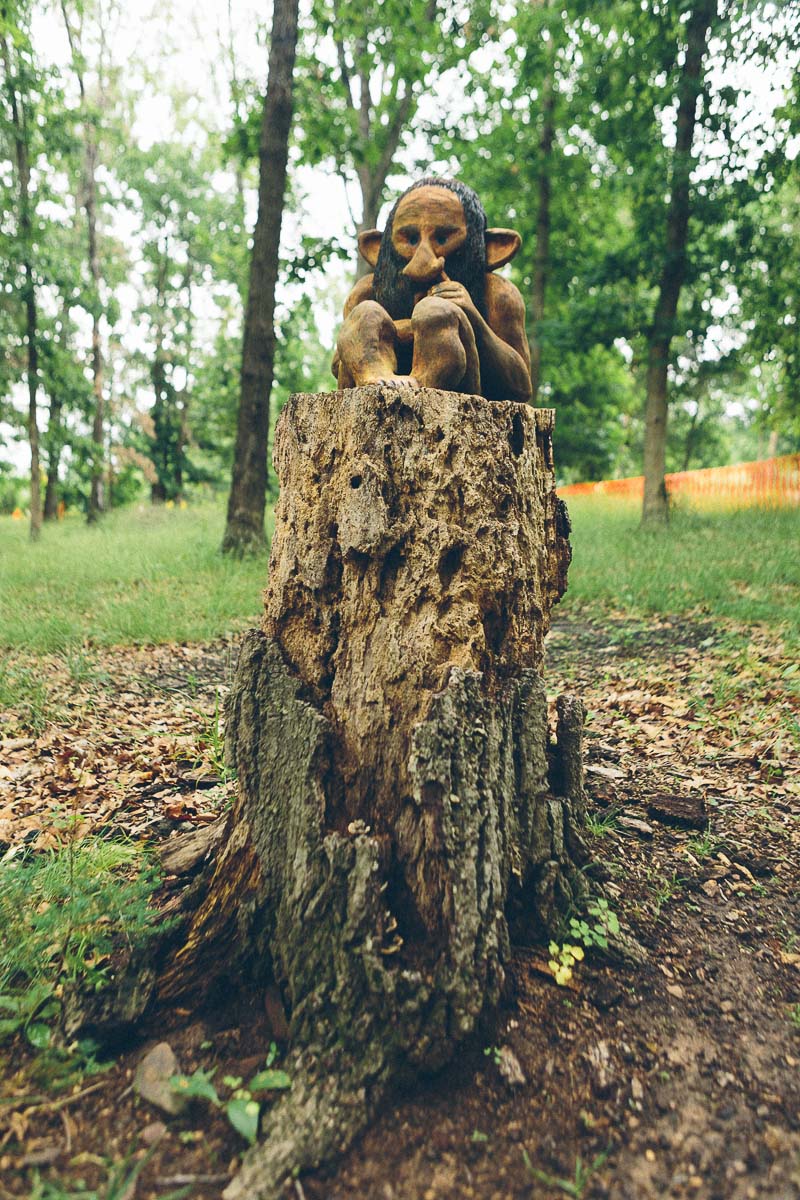 While Terra Studios was interesting, folksy, creepy and weird in all the best ways, we had more to do for the day, and a ways to drive to get there.

The second half of our day would involve the complete opposite end of the art spectrum: Northwest Arkansas is the home of Wal-Mart HQ, which naturally brings a ton of money into the region. Some of that money has been used to create a world-class art museum in what might be the unlikeliest of places.

Crystal Bridges Museum of American Art is the museum that Wal-Mart built; Funded by Alice Walton's foundation, and designed by world-reknown architect Moshe Safdie, it's an oasis of high art perched over a natural spring and surrounded by a carefully manicured forest. 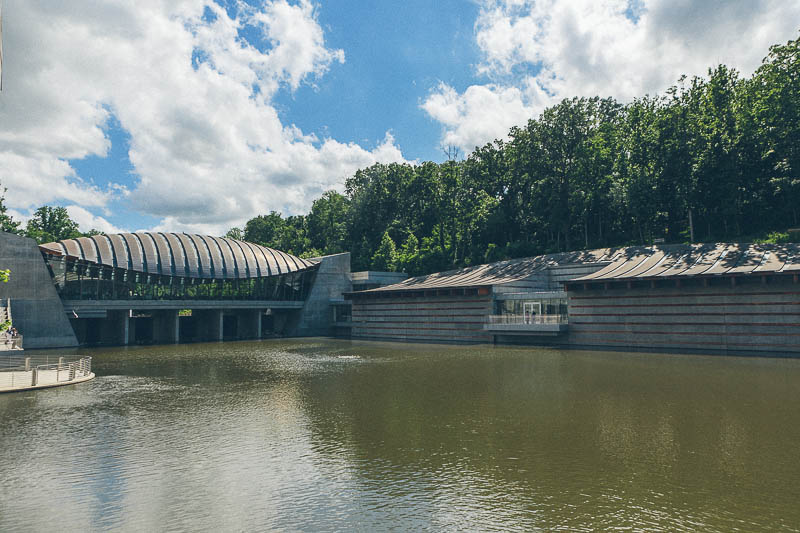 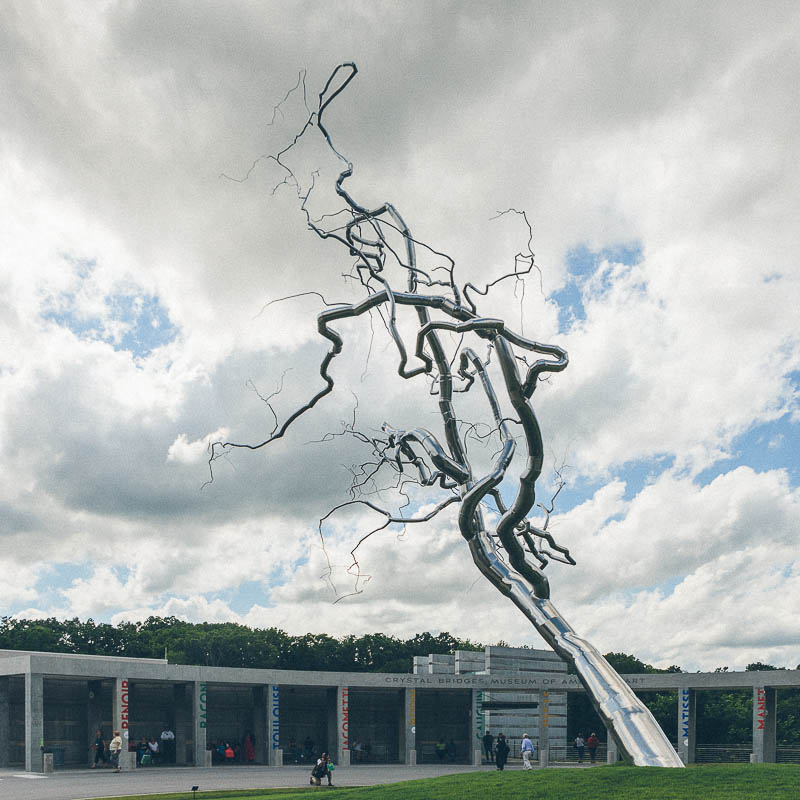 While the entrance proudly announces your impending encounter with the likes of Matisse, Renoir, Picasso, and Manet, their American art collection is free to the public and houses everything from portraits of George Washington to Rauschenberg. In fact, I was delighted to find one wall that had works from Joseph Albers, Adolph Gottlieb, and Roy Lichtenstein all next to each other - my former employer, Jay Maisel studied under Joseph Albers and rented two floors of his six-story Manhattan home to Gottlieb and Lichtenstein at the same time in the late 1960s. 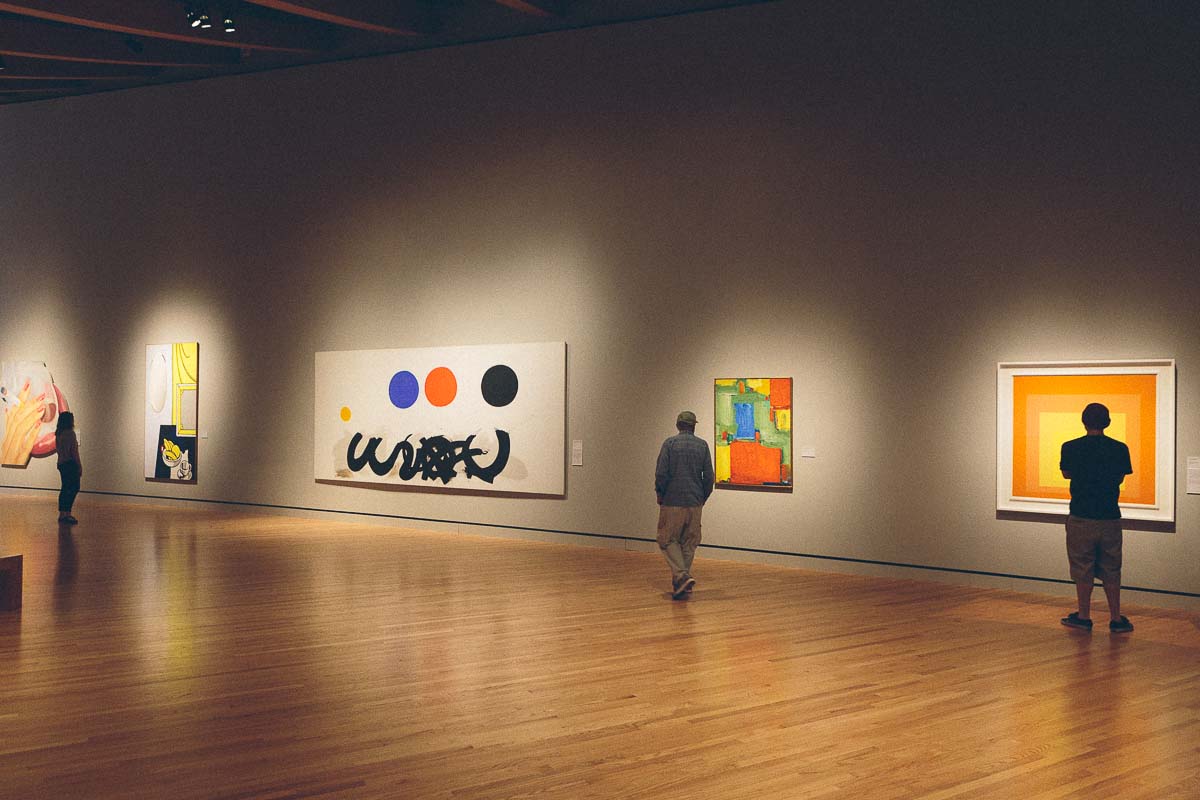 Two degrees of separation from American masters of art.

The museum itself was also a work of art, housing two wings, which are constructed as bridges over Crystal Spring (hence the name Crystal Bridges), and also houses various celebrations of Moshe Safdie's previous radical architectural work. 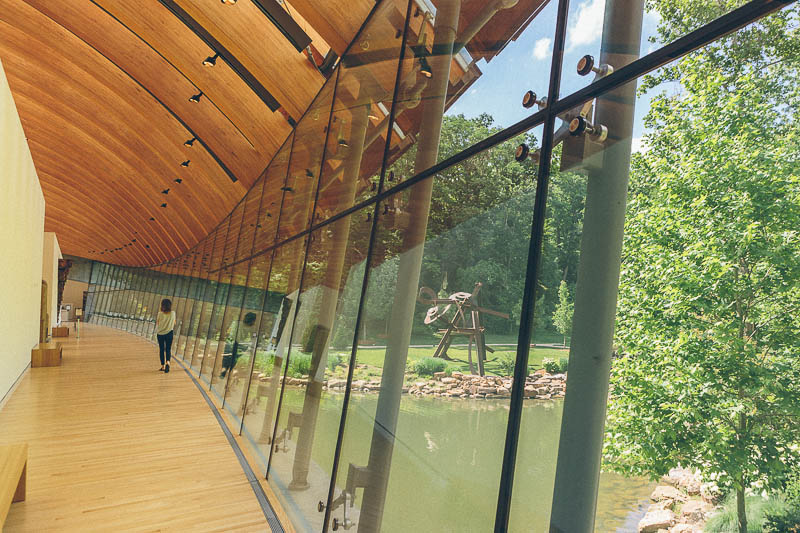 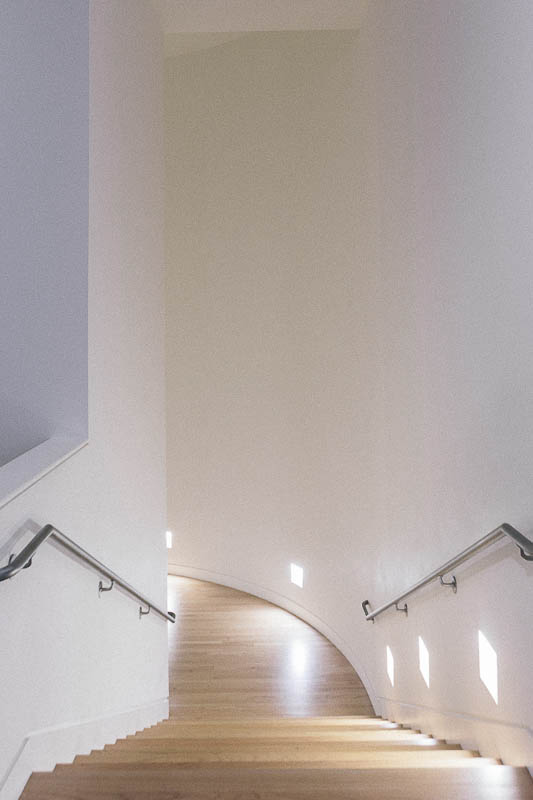 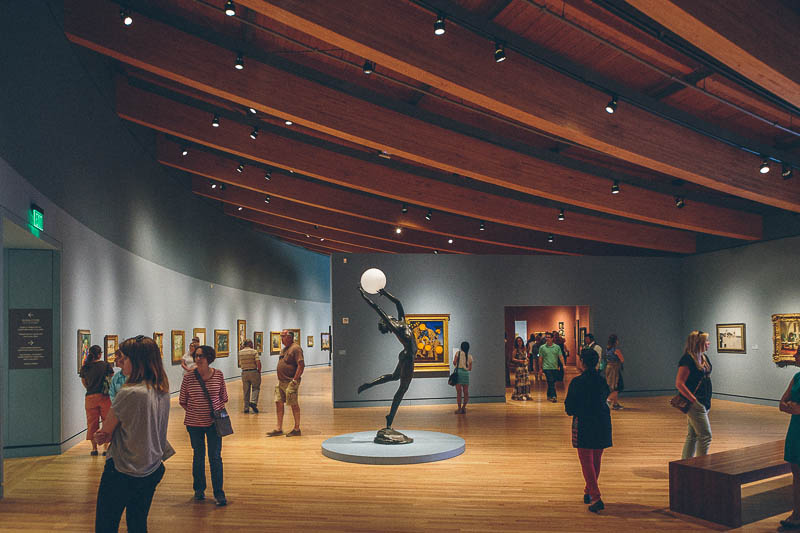 Unfortunately we had the pups waiting in the truck, so we couldn't stay as long as we would have liked. Conveniently, a false fire alarm shooed us and the rest of the visitors out just as we were planning to leave anyway.

Feeling intellectually refreshed and relaxed, we spent the drive back to the brewery enjoying the beautiful landscape that presumably helps give Arkansas the title of the Natural State. 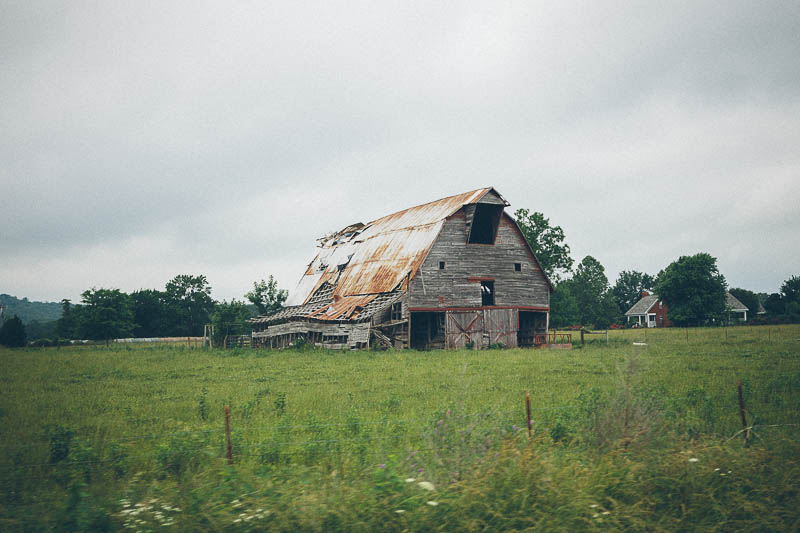 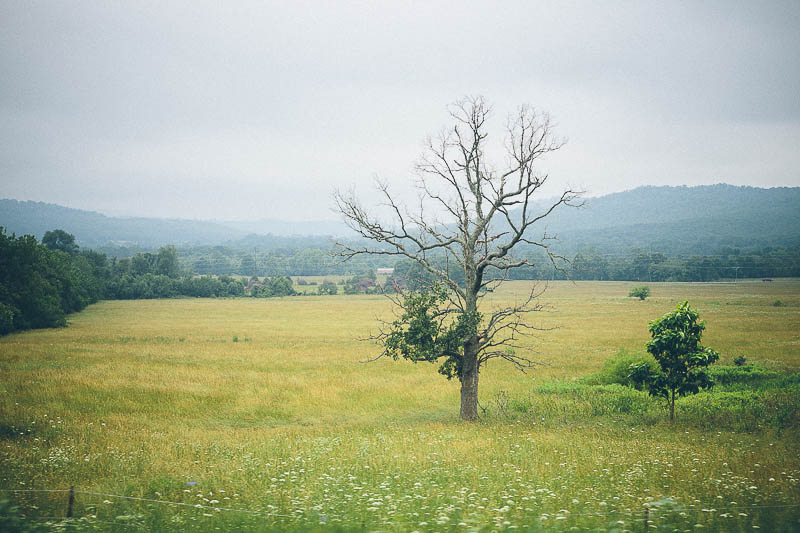 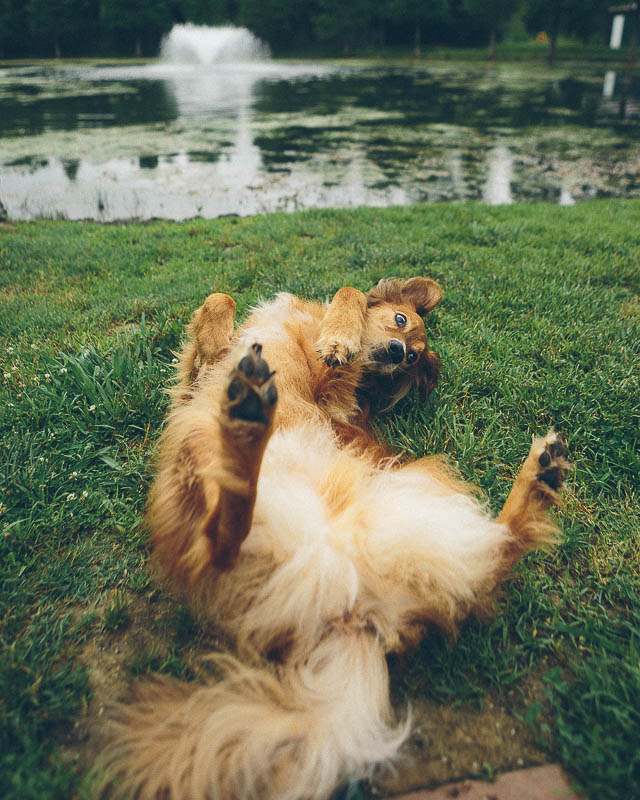 Special thanks to Kerensa (who suggested Go tour the art park.) for making this blog post possible!