The Harry Ransom Center at The University of Texas at Austin is so far off the typical beaten tourist path, I doubt anyone except college students and school field trips visit there. It certainly doesn't fit the "Keep Austin Weird" mold. There are no hipsters wearing flannel shirts sipping kombucha. There are no Airstream food trucks inside.

But they have a copy of the freakin' Gutenburg Bible!

And the first photograph ever taken! 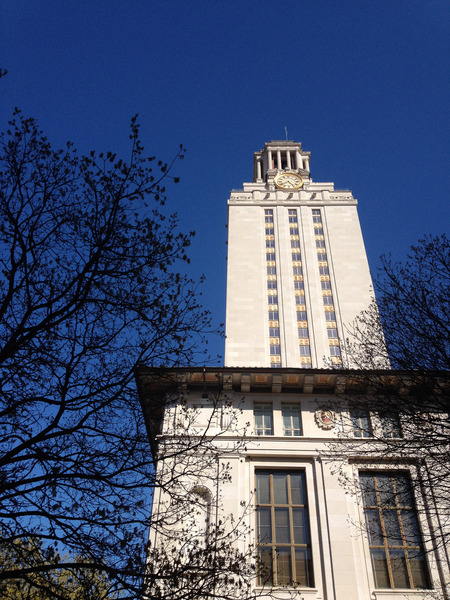 The clock tower at the UT campus

This trip is about taking the time to see things we've never seen before, things that we wouldn't normally get the chance to see or experience in our daily lives. We more had in mind things like "The World's Biggest Pistachio" (which is actually just north of Alamogordo, NM) and the highest point in America (that we have yet to see). But if we have the chance to see two major firsts in human history, and for free at that, then off to the Harry Ransom Center we go.

A fifteen-minute walk from Torchy's down to the southwest corner of the UT campus, the Harry Ransom Center is free and open to the public. On a Saturday afternoon, we were just about the only ones there. 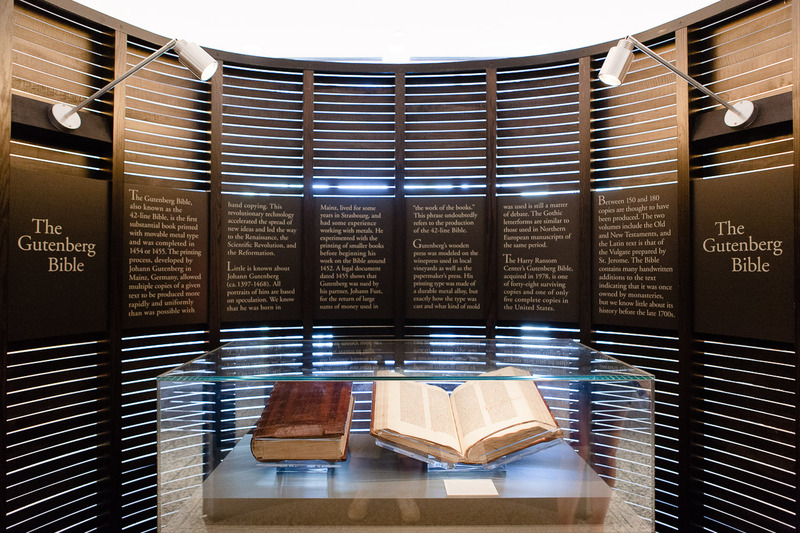 The Gutenburg Bible seems to be their crowned jewel. It's front and center when you walk in, housed inside two curved wooden walls that create a little viewing room for the hefty tome. Enclosed in glass, the bible is open to a page that shows type printed by the first printing press with moveable type ever put into use. Some letters have been hand-embellished by monks with various colored inks to accentuate the beautiful type. The bible's cover is thick embossed leather. This bible was printed in Germany around 1450, making it about 560 years old, and it's in great condition. That's 42 years before Columbus discovered America. And 326 years before the United States even existed. That shit is old. Pretty impressive. Way to make an awesome book and revolutionize the way communication was spread, Gutenburg. High five. 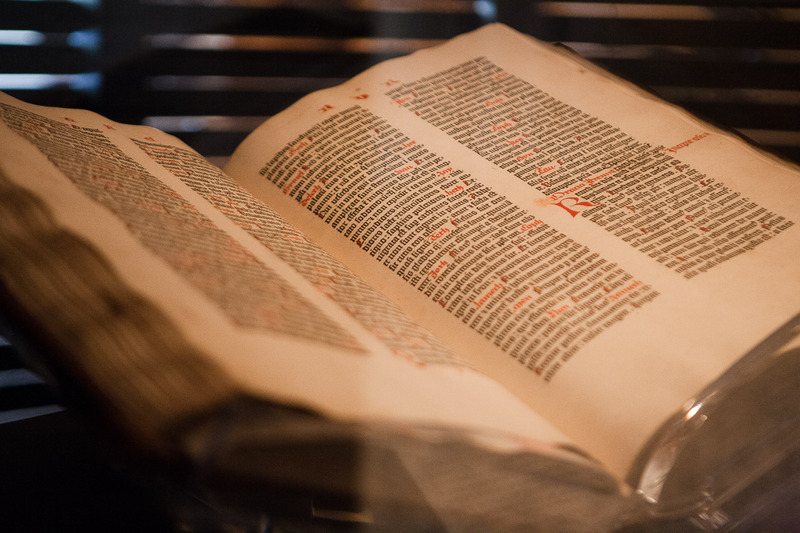 They also have a large gallery space that hosts rotating shows alongside the permanent fixtures. On display was a massive retrospective of photographer Arnold Newman's work; included in the show was his impressive array of portraits of the most famous artists of the 20th century, personal calendars, cameras, and letters between him and his wife.

So the Harry Ransom Center might not be the most exciting thing to do if you visit Austin. But if it's a rainy/hotter-than-hell day or you feel like nerding out on some culture or want to say you've seen the Gutenburg Bible and the first photograph ever taken, it's the place to be.

Special thanks to Hector (who suggested Look at a copy of the Gutenberg Bible, and see the first photograph ever taken.) for making this blog post possible!